Meeting actors/ actresses at comic con: Our most read articles

It's 2020! Hopefully a year full of comic cons and meetings! When we're at comic con, we love meeting the actors/ actresses there. And of course we always (try to) write about these meetings. We love sharing our experiences with all of you. Today we're looking at the articles about our meetings at comic cons that were most read in 2019! Let's start!

On the 10th place we find Paul Wesley! We met Paul in 2017. That's 2 year ago already, time flies! Liv and I both love the Vampire Diaries, so we were thrilled to go to Bloody Night Con in Brussels. At first, Ian Somerhalder was announced as a guest. But when he cancelled, they announced Paul. It was great to meet Paul Wesley, Liv & I both had a photo with him. Read all about meeting Paul Wesley in the complete article.

On the ninth place, there's Rutger Hauer. We met him at Weekend of Hell in 2018. Unfortunately, Rutger passed away in 2019. He was such a great actor. And it was great to get the chance to meet him. he was such a kind guy. I remember him, his panel and my photo op so very well. Read all about meeting Rutger Hauer in the full article.

In 2018, Liv went to For the Love of Horror. An amazing horror convention. Liv also attended the press event and met Tyler - Michael Myers - Mane there and saw him at the convention. Read all about it in the full article.

We met Violett Beane (Arrow) a while ago already! We visited Arccon in 2016. A convention organized by KLZ events, just like Bloody Night Con. For Violett, it was the first convention she attended. That was nice. She was very enthusiastic and happy. She did everything that people asked her: Sing, dance, challenges: anything.. Nothing was too much. She even danced with the entire public: Coming off the stage and dancing with everyone. Want to know more (and see the video)? Read our article about meeting Violett Beane.

Let's talk about the A-team! Liv is a huge A-Team fan and she was happy to see that Dutch Comic Con invited Dirk Benedict as a guest in 2017. Liv had  photo op with Dirk and got an autograph! Liv had also brought him present.. Read all about that in the full article!

Candice King is also known for the Vampire Diaries. It was definitely high on my wish list to meet her. I love how she plays the role of Caroline. You can imagine how happy we were when KLZ Events announced her as a guest for Bloody Night Con 2018. I can tell you it was wonderful to meet her and to see her in a lot of panels. She is such a wonderful person! Read our full story in the article about meeting Candice King. 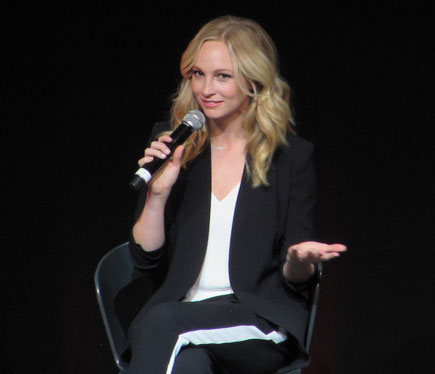 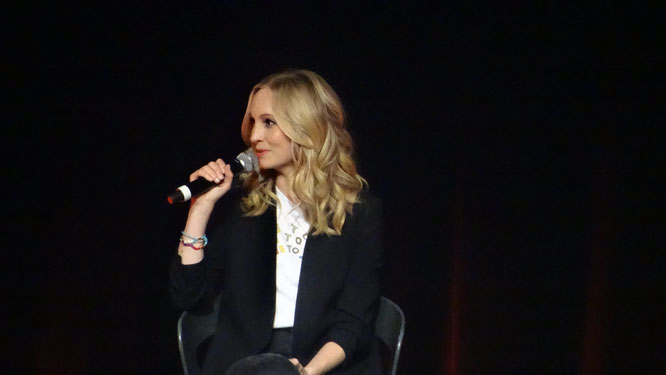 We met Ryan Kelley 2 times: Both times were at Wolfcon. Once in 2017 and once in 2019. The first time we met Ryan Kelley, we did a photo op. It was really one of the best photo ops I have done so far. he was super kind and just asked everyone what kind of pose they would like to do. He really took the time. I loved that! Read all about our first time meeting Ryan Kelley. The second time we met Ryan, was at Wolfcon as well. During the press boat trip, we got the chance to interview him. That was really amazing. Check out the full interview with Ryan Kelley on our website. 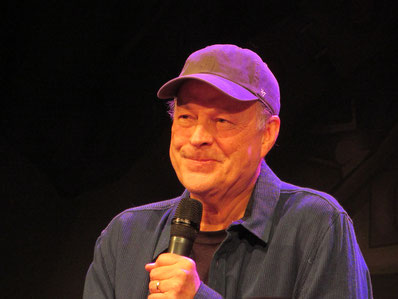 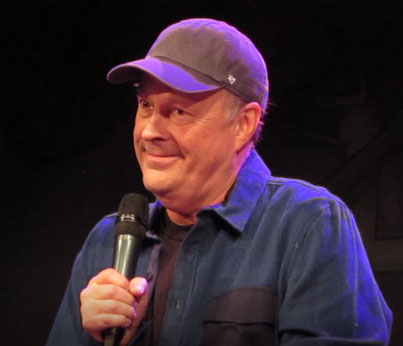 The second place is for another the Vampire Diaries/ the Originals actress: Riley Voelkel. I love Riley's role as Freya in these series and was super excited to meet her. Riley is such a wonderful person. She was so energetic and enthusiastic and kind to everyone. It was such a joy to see her there and watch the panels with Riley. She's just smiling all the time! I would love to meet Riley again. Want to read all about it? Check out the full article about meeting Riley Voelkel.

The most read this year article about meeting an actor or actress at comic con is the article about Meg Foster. We met Meg Foster at Weekend of Hell in 2016. I went to get an autograph of Lew Temple, I gave him a present (schuimpjes) too. Meg Foster was sitting next to him and noticed that. She was so nice and offered us some chocolate. At that moment Liv told her I had a something for her, she gave her the candy and Meg was just so thankful. Suddenly she said Liv could pick a photo for an autograph and said she wanted to give it to her. Liv said that she wanted to pay for it, but she looked into her eyes and said: "I want to GIVE this to you, because you are so kind". 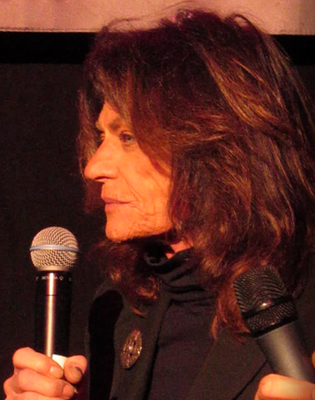 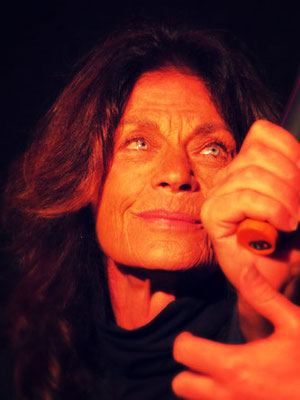