When you want to do a photo op at a convention, you might wonder: How does this work exactly?

Well, that's what we are for! We'll help you through all the steps! I really love doing photo ops. You will also have a photo to remind you how it was to meet your favorite actor or actress! But there's also a lot to know and to think of to make sure your photo op will go exactly as you want. here's our top 10 of things you NEED to know! In random order..

A photo op isn't free. You'll always have to pay for it. So do some research upfront. Mostly you can find the price of the photo op on the website of the convention you're attending. Prices vary a lot. I've seen prices go from 20 to 100 euros (22 - 112 dollars)! It all depends on how popular the actor is and how much the management asks.

Often, you can already order your ticket for the photo op online. I like that. It will feel like I'm spending less money at the convention itself. (because I paid the photo op upfront ;) ). I also like to be sure that I will have the photo op (and that it won't be sold out before I have my ticket). A disadvantage is: If you buy it upfront a long time before the convention, you don't know the schedule yet. So you might be missing out Q&A's/ other activities. (So you're not sure on what day you can plan it best).

Do you want to do your photo op alone or with a friend? Be sure to check the rules of the convention your attending! Sometimes it is allowed to go on the photo with 2 persons (with the actor) for 1 ticket. Sometimes you'll have to buy 2 tickets. Also check whether there's a limit to the amount of persons you can bring in 1 photo. 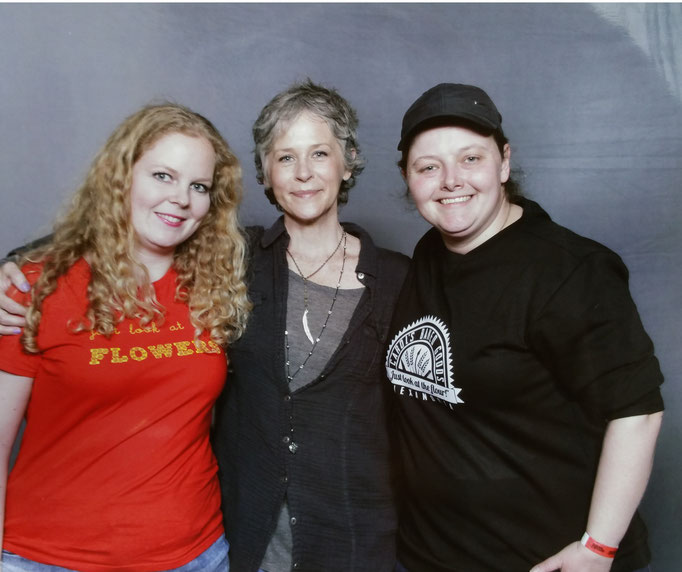 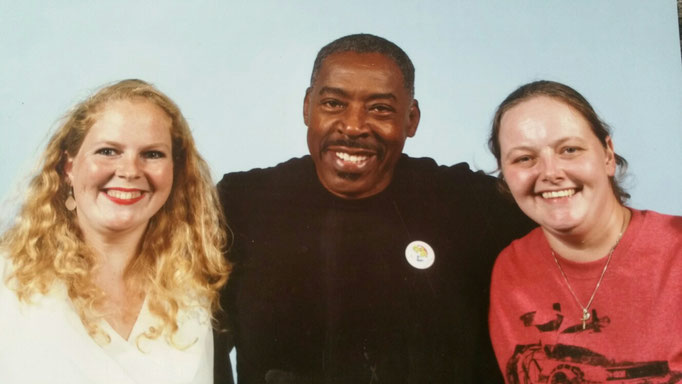 Think about the pose you want to do on the photo. I'm really really bad at this one! I'm never prepared. Which means you'll usually get the default pose (Just standing next to each other --> SMILE!) But some actors just initate their own pose. Check out the picture I had with Robert Englund and Sean Astin for example. Make sure you can easily explain the pose you want to do. Always ask the actor if he/she is up for it. And then quickly explain/ show a photo of the pose. 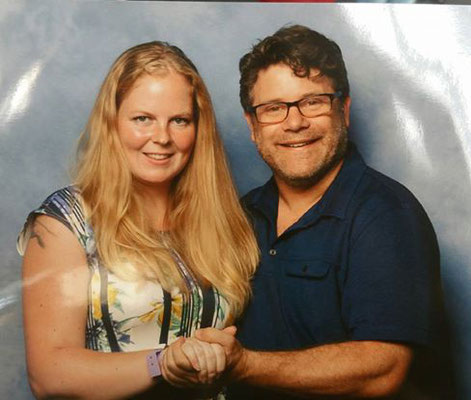 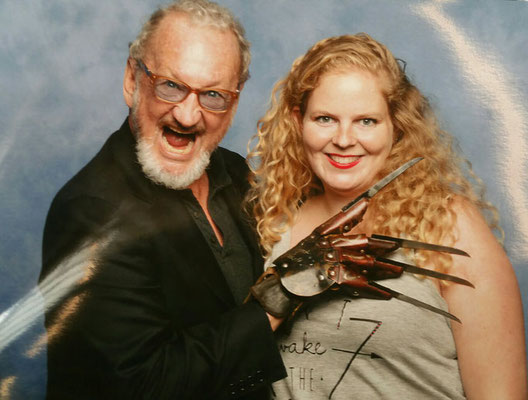 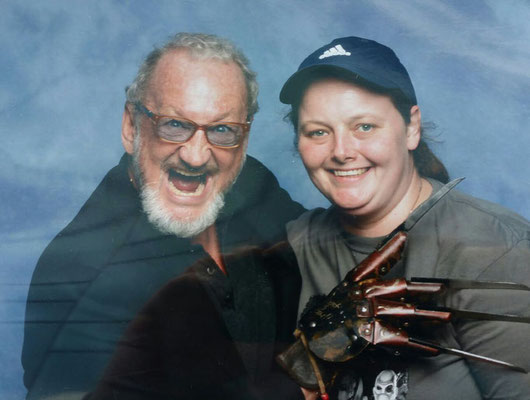 Be aware that a photo op goes really, really quick. You can not give the actor/ actress any presents. Or actually have a whole conversation. EVeryone who wants a photo op is queuing. And literally takes seconds to do the photo op. When it's your turn: Do the pose. The photo will be made. And you leave. It depends per actor/ convention what you can say and if there's a few extra seconds. My photo op with Josh McDermitt went so quick I barely remember it. The photo op with Melissa McBride also went quite fast. But Sean Astin, Shantel VanSanten, Tobin Bell, David Labrava & Mark Boone Junior actually did talk a bit. Which is of course very nice. I like it when there's at least a little bit of interaction. 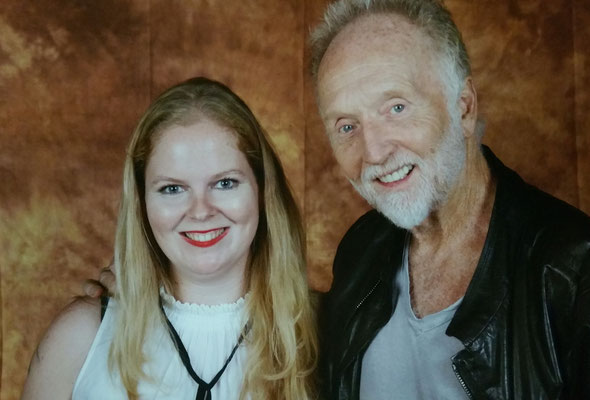 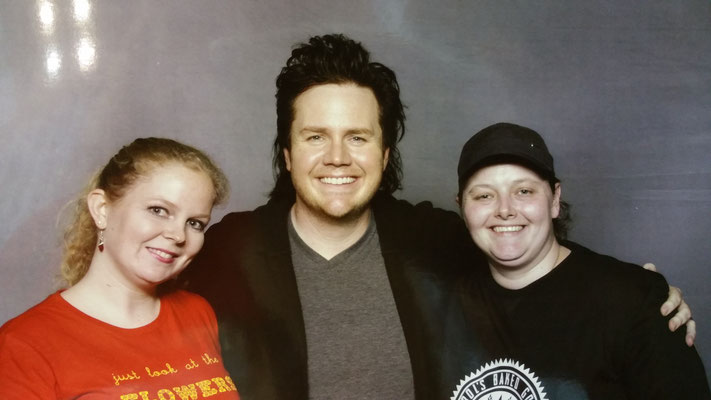 Do you also want the digital version of your photo? Usually you'll have to pay extra for that. Make sure to find out how you get this and how much you have to pay!

You'll probably look different on a photo op than on your own pictures. I do! And I usually hate how I look haha. Be aware that the photo will be taken in a few seconds. The will be bright light. And the photo is taken  right in front of you. So, not from a flattering angle! Keep this mind while choosing your clothes, make-up or hairstyle.

In the extension of 4 + 8: Think of you face. This may sound obvious (or vague). But here's what I mean: I am usually really really happy and nervous. Something that makes my face cringe in a certain way. And I always think I look strange. Or I have this huge convention smile (hello double chin). Or I don't really smile, but look like I'm super uncomfortable.. So I'm still trying to find my best convention face! 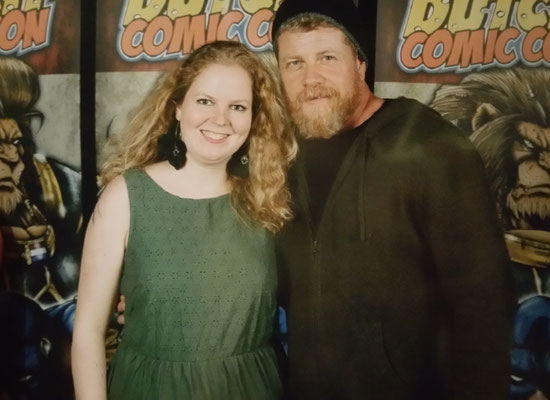 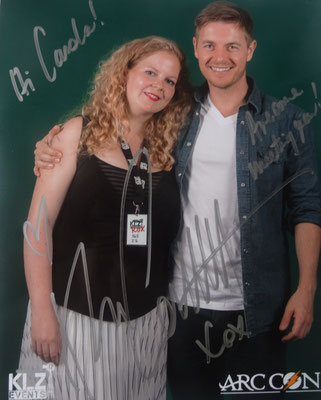 Besides all this: Don't forget to enjoy!! You're meeting your favorite actor. Don't forget that!! Enjoy the moment. And say whatever you want to say. Do the pose you'd like to. You have this chance. Take it!!