*NEWSFLASH*. We LOVE visiting comic cons! Oh yeah! And we visit as many as we can, as often as we can. Every year, we enjoy visiting comic cons we already know and comic cons that are new to us. We just love it. Since 2020 is almost here, we're looking back on all the comic cons we visited in 2019. Did we visit many comic cons? And can we beat this amount next year? Hopefully, we can visit even more in 2020! But first, let's have a look at how much fun we had this year.

We also had a lot of fun seeing our friends at comic con again, making lots of pictures and see the other star guests (Like Jennifer Morrison, Benedict Wong and Tom Felton).  Check out our Dutch Comic Con vlog below to see what we did at DCC!

We always enjoy going to Weekend of Hell. I love watching horror movies and Weekend of Hell is the perfect opportunity to meet some awesome horror actors, actresses and directors.  I remember that is was really cold when we went to Weekend of Hell. But we were super excited.  It was definitely amazing to meet Ted Raimi, Sean Patrick Flanery and Jennifer Carpenter! We loved seeing the Frightguys again and Dutch Fredette vs Jason: 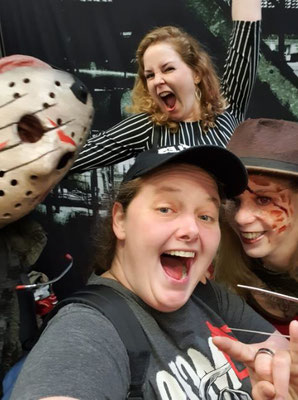 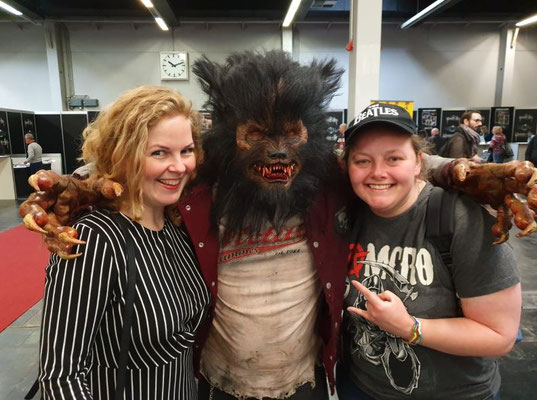 And another highlight was definitely the special message of Sean Patrick Flanery:

German Comic Con Dortmund Spring 2019 took place on the same weekend as Weekend of Hell. So in 1 weekend, we attended both conventions. How epic is that? We loved this weekend. German Comic Con had a great guest list, with many guests from Gotham. I love watching Gotham and I was very glad to be able to meet Robin Lord Taylor, Erin Richards and Sean Pertwee. And that's not all! We also met up with Anne again, attended some panels and Liv bought a new Friends cap. 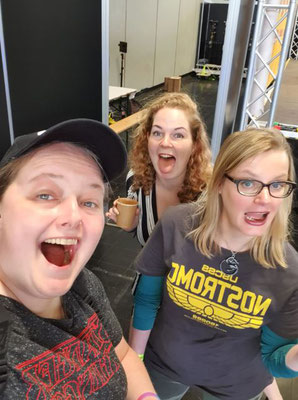 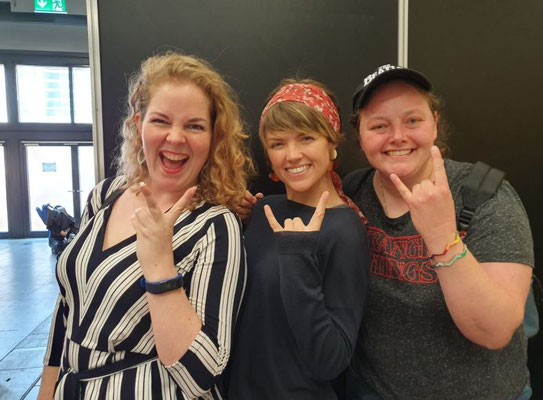 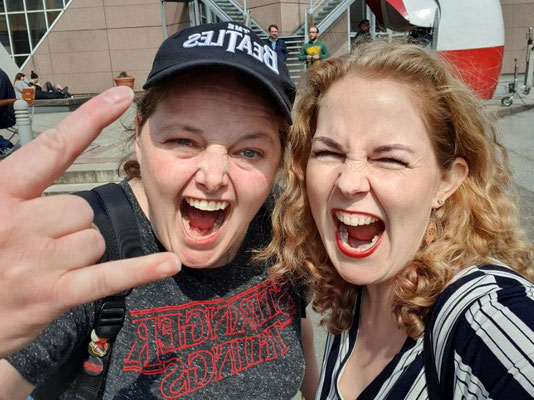 Quite spontaneously, Liv and I decided to go to Comic Con Gent. Because, did I mention this already, we are HUGE fans of Charmed. And yes, Comic Con Gent had a Charmed guest: Brian Krause! He was definitely the highlight for us at this convention: We got an autograph, made some selfies and even did an interview with him. He truly made our day! Watch the interview below:

Want to see more of Comic Con Gent? Check out our photo overview.

Oh yeah! CCXP Cologne was held for the first time this year and we were happy to attend (Saturday and Sunday). It was epic. definitely a big highlight of this year. I mean: There was a ball pit in the press room. Bazinga!! We loved it and spent so much time in there.  We love ball pits! Oh, and not a small detail: Liv also met Nikolaj Coster Waldau 'the Kingslayer' there. And we got selfies with Rebecca Mader. Did I already mention this weekend was epic? 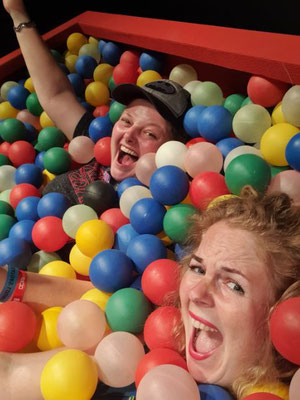 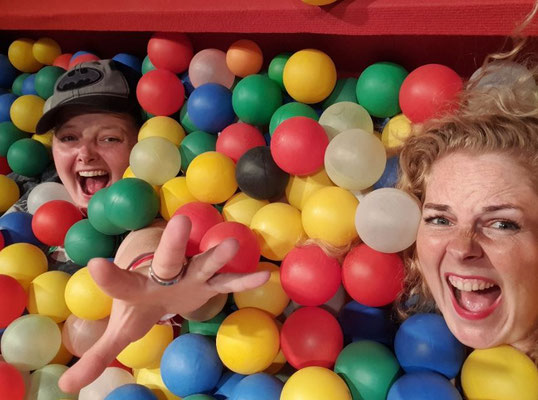 It's so much fun to look back on all the cons we visited in 2019. In the summer, we went to Comic Con Amsterdam! We only had 1 day, but we used our time wisely. We got the opportunity to interview Kim Hartman and Richard Gibson from Allo Allo (woooop wooooop, excited is an understatement) (Liv also did a photo op with them), attended many panels, saw Anne and Movie Props NL again, and talked to Emilio Guzman (He and Thijs van Domburg wrote the book 'Nerds', the interview with them is coming up soon!). While traveling back, we also connected with Hugo Metsers and scheduled an interview with him a few weeks later! Curious for the panel of Allo Allo? Watch it below!

Our trip to Los Angeles was a huge highlight in 2019! It was truly amazing. We went to Comic Con Los Angeles on Saturday and Sunday and had an amazing time. There was so much to see and do. A HUGE hightlight was meeting Elijah Wood (He was so kind!). Another huge surprise was the opportunity to see Zombieland: Double Tap already in the cinema (And it was announced by a few cast members). I mean... This is epic right?? The whole con was amazing, we had great meetings, photo ops and saw some nice panels. And above all, I remembered that our feet were tortured. They hurt so much (Due to a lot of walking and standing). But I would do it all again! We had such a great weekend. 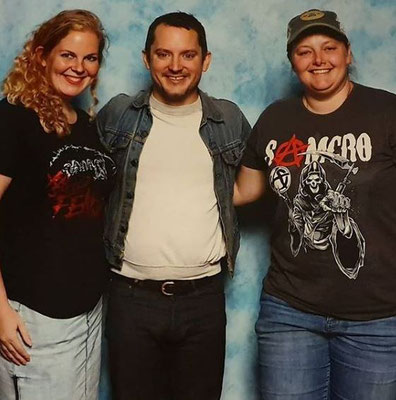 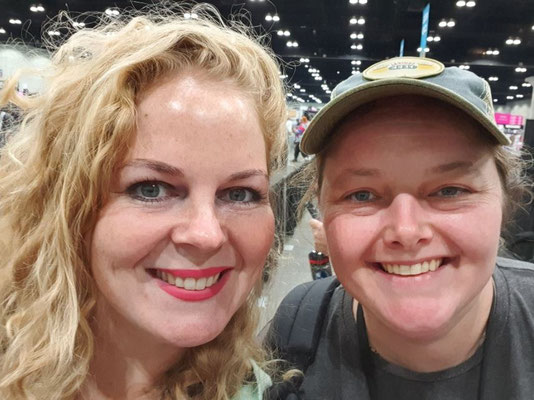 Quickly after we returned from Los Angeles, we went to Weekend of Hell! The perfect recipe for an after holiday-dip. Just go to a convention. It was great to see a lot of our comic con friends again (Like Dutch Fredette vs Jason, Frightguys and more!) Liv got autographs from Dee Wallace Stone and Zach Galligan and I got an autograph + selfie from Ruggero Deodato. Weekend of Hell had a new location (in a hotel) and it was great! 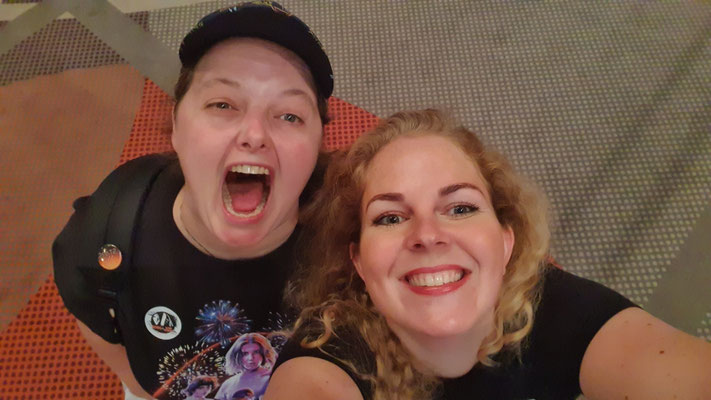 Dutch Comic Con Winter 2019 was our last con of 2019! Luckily we want both days, Saturday and Sunday. It was great to spend a weekend in Utrecht again and Liv met all of the actor/ actress star guests: Tyler Posey, Marie Avgeropoulos, Ian Ziering and Evanna Lynch. If you want to see it all, take a look at our Dutch Comic Con vlog below!

Well, these comic cons in 2019 were amazing! Hopefully we can do more in 2020. 10 at least should be doable right? Let's see! And let us know in the comments: Which comic cons should we visit in 2020?