I started watching Gotham a few years ago. I instantly loved the series. And from the very first moment I had a favorite: as soon as I saw the Penguin in the series, I knew it. This is my favorite character. I started to watch the series without much knowledge of Batman, I haven't watched all the Batman movies. So I went in without favorites. And without a doubt I can say that the Penguin became my favorite character, because of the awesome acting of Robin Lord Taylor. And with that, he was in the top of my 'actors I'd like to meet' - list. I, contrary to Carola, am a huge "Batman" fan. I especially love the ones with Michael Keaton as the caped crusader and the "Dark Knight" trilogy. Oh and of course the "first Batman": Adam West. When I first heard of "Gotham", I knew I had to watch it. Just like Carola,  I immediately loved Robin Lord's portrayal of Oswald Cobblepot a.k.a. The Penguin. 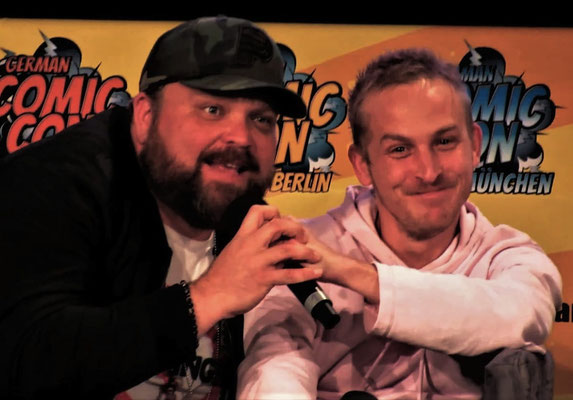 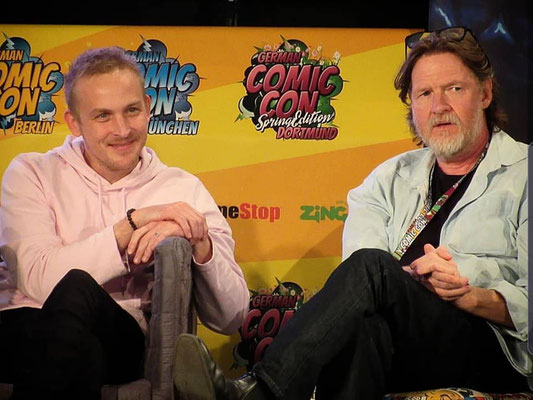 Well, you can imagine our enthusiasm (excited is an understatement!) when German Comic Con announced Robin Lord Taylor as a guest! This was amazing. We were going to meet the Penguin! And not just that, German Comic Con announced way more actors and actresses from Gotham. This would be amazing! And then and there we knew it: We would go to German Comic Con! I was so excited to see the guest announcements for Gotham coming. A few years ago we met Ben McKenzie (James Gordon) and Morena Baccarin (Leslie "Lee" Thompkins) at FACTS in Ghent and now German Comic Con brought a huge part of the main cast to Germany!

Both Liv and I had already bought a photo op for Robin Lord Taylor before the event. I was sure I didn't want to miss this chance. It was very busy at the photo ops: the "Gotham" guests were really popular. The photo op with Robin was our first of that day. It was busy and and I was so incredibly nervous. I don't what it is. For some photo ops I'm okay, and for other ones I am so nervous! It must be because I was looking forward to this moment from the moment I saw Robin as the Penguin in Gotham. I think is an incredible actor. The Penguin is a unique character and he would definitely not be the same if someone else would have played this role in Gotham. You can tell by now: i'm a big fan of Robin Lord Taylor as the Penguin!  Exactly! I was nervous as hell and when we are both in this state we only get more nervous. We are constantly making noises and talking about how nervous we are. This makes our excitement levels rise to heights unknown.The queue progressed and Liv and I had some chats with people here and there. That helped a bit for my nerves.

And then, the moment was there: We were entering the photo op room. Handing over our bags and waited until it was our turn. Seeing Robin Lord Taylor made my nerves get worse and less at the same time. Less, because he seemed so very nice. He was kind to everyone, really full of attention. And worse. Well, because of the same reason. He was so nice. That made me even feel more nervous to meet him. He's a great actor and also very nice to everyone.  At those moment, I lose every sense of what to say or do. Luckily Robin was great and the whole photo op experience was awesome! I couldn't believe I was in the same photo op booth as Robin Lord Taylor, I was in total awe when we first saw him. I had been watching a lot of "Gotham" in the weeks leading up to German Comic Con and that made me even more excited when I saw him standing there in his casual clothes. I always have to take a moment to realize that it's really happening. 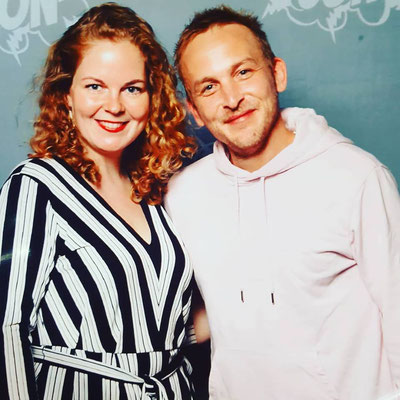 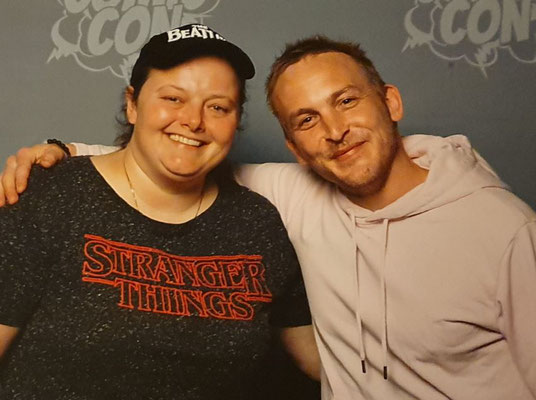 Luckily, the photo op wasn't all we would see of Robin. There would also be a Gotham panel with  Tonya Pinkins, Robin Lord Taylor, Erin Richards, Sean Pertwee, Donal Logue and Camren Bicondova. Luckily for you, we have a video of the panel. So you can just watch it for yourself below!

Don't you just love the panel? We were happy to see Robin Lord Taylor again and definitely were excited (excited is an understatement!!) to have met him. At the last moment of the Liv decided to go over to him again for a little chat. I barely noticed, because I was busy chatting with someone. But Liv went over there and had a last chat with Robin Lord Taylor. What she said? Well, she'll tell you herself! Nah....I think I will keep that to myself, but it was son cool to meet this great actor and man....Did you really think I wasn't going to tell you? When we were talking to Marcus at the end of the convention, I notice Robin was preparing to leave, so I couldn't resist the urge to walk up to him and tell him how much I loved his performance on "Gotham". I said that I thought he was the best Penguin ever. I had always been a big fan of Danny DeVito as The Penguin and I still am, but Robin is the best! He thanked me for my kind words and shook my hand. It was a great end of the convention!