A while ago, Liv and I went to Amsterdam Comic Con!  Hugo Metsers was a guest there. Due to time issues, Liv & I unfortunately didn't have to chance to have a chat with him. Luckily, we connected later on on Instagram and made an appointment for an interview anyway! That is awesome right? We were super happy that Hugo was willing to make time for us and we met in Utrecht. There we asked Hugo everything we wanted to know and today we're sharing it with you! 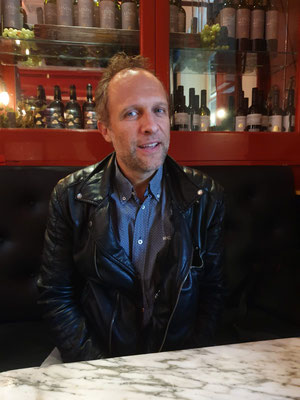 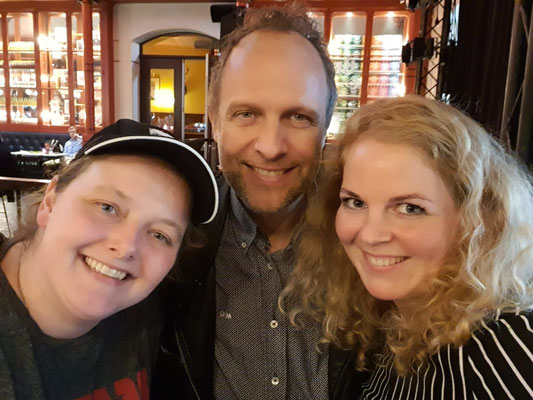 Hugo Metsers is a Dutch actor, director and acting coach. He is the son of actor Hugo Metsers and actress Maartje Seyferth. So he was born in an acting family. But he didn't always have the ambition to be an actor as well. At a young age, he already noticed how a lot of people knew his dad. Sometimes even better than he did. They could name all his fathers movies for example. So at a young age, he also learned about the disadvantages of acting. People around him assumed he wanted to be an actor, or thought he would be a great actor. When he was about 12, he went living with his dad (before this, he lived with his mom) and his interest in film grew. But his parents didn't talk about it a lot. It was their work. And they didn't bring their work home.

During high school, he developed his interest for acting. He didn't like high school and didn't feel like going to university either. So he thought, "well everyone already thinks I'll be an actor, so why not?" And that's how it all started. And now, Hugo is way more than an actor! He is also a director and acting coach and is also the man behind faaam (short for: film actors academy amsterdam).

In our interview with Hugo, he tells us all about faaam, his ambitions and what he loves to do most. Watch the full interview below!

We are very happy that Hugo was willing to make time for us! We loved the interview and the inspiring words. Thanks a lot Hugo Metsers! Want to know more about Hugo Metsers or faaam? Check out his own website and the website of faaam.