Our Gotham story continues! After meeting Robin Lord Taylor and Sean Pertwee at German Comic Con, Liv was on a spree! We were both super excited, energetic and totally wild. (and yes, excited is an understatement!). Sooo... Liv wanted to do 'more' and 'something else'... And that's when adventures start. And where unforgettable meetings will happen. Yes! Whenever we are at a convention, there always comes a moment when I get impulsive. That's not always a good thing, but in this case it was. I love "Gotham" and walking around at German Comic Con, made me feel like a kid in a candy store. A big part of the "Gotham" cast was sitting there and in the weeks before German Comic Con, I had talked about wanting to meet Erin Richards (Barbara Kean) a lot of times. Well this was my chance and I took it with both hands! Let us tell you the story of meeting Erin Richards! 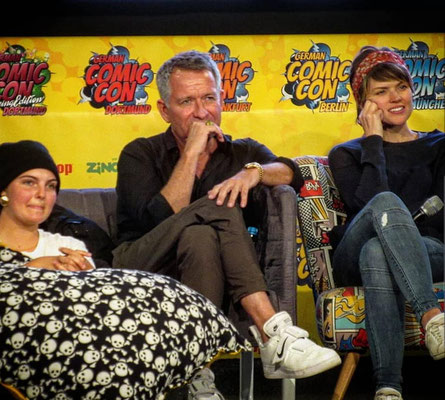 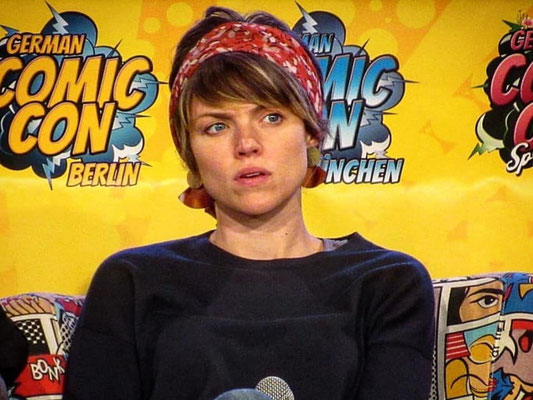 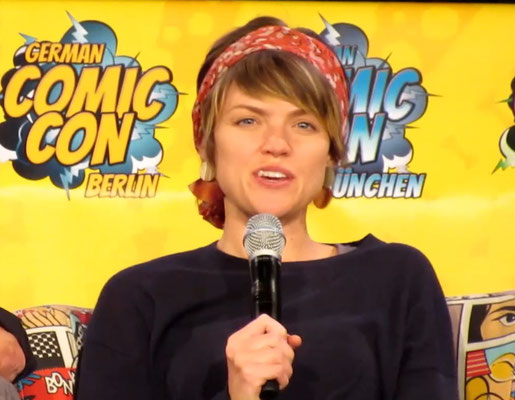 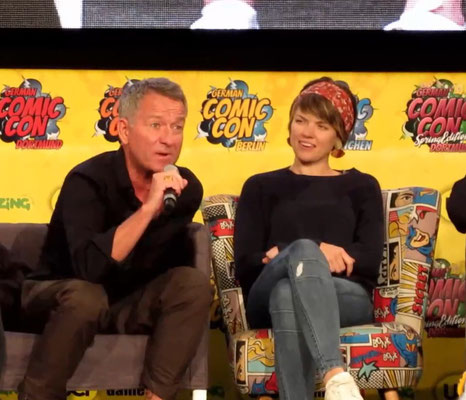 Getting a picture with Erin Richards

So... Liv & I walked towards the guests of German Comic Con ... again. Talking and philosophizing about what to do and say. Looking at the guests, Liv mentioned getting a selfie with Erin. It wasn't the first time she mentioned Erin Richards. Where I started liking Barbara (Played by Erin) in Gotham mostly in the later season, Liv had always been a fan of the character. And she had talked about meeting Erin for weeks already. Doubting between photo ops, autographs and selfies.

So when Liv mentioned Erin again, I knew there would be no escape haha. She was going to meet Erin Richards! We walked towards Erin and the volunteer of German Comic Con. While we were talking with the very kind volunteer, Erin was signing an autograph for someone else. The volunteer of German Comic Con suggested: You can be both in the selfie! That's not a problem. So Liv and I looked at each other: we would do this together! Double the fun! And so it was decided: I would 'meet' Erin too! I was sooo nervous while we were talking to the volunteer. Erin is so awesome as Barbara in Gotham. She has one of the most interesting story arcs in the show. Over the years, she evolved from Jim Gordon's wife to a raging lunatic...to the new Demonhead and one of Gotham's most powerful women (and also one of the craziest). This whole twisted path Barbara walks is perfectly portrayed by Erin Richards. And now we were going to meet her!

When Erin was done signing, we walked to her for the picture. She was absolutely wonderful!  so kind and enthusiastic. She came to us for the photo and the volunteer made a couple of pictures for us. After that, we could make a couple more so we would definitely have one we would like. She was so patient & engaging. The pictures are amazing and it was an incredible experience to have a chat and the photos with her. And all of this was possible, because of the fact that Erin and the volunteer were so kind and took the time of us. It really was a great experience. Check out our photos below! 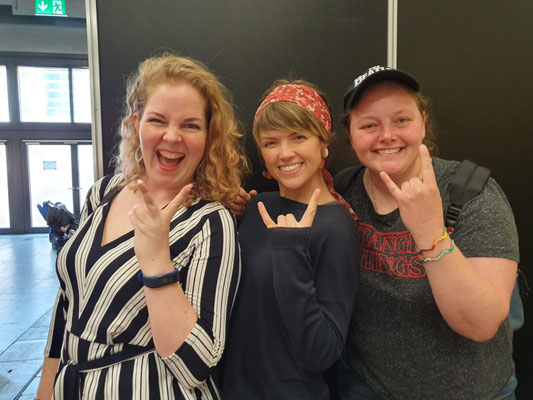 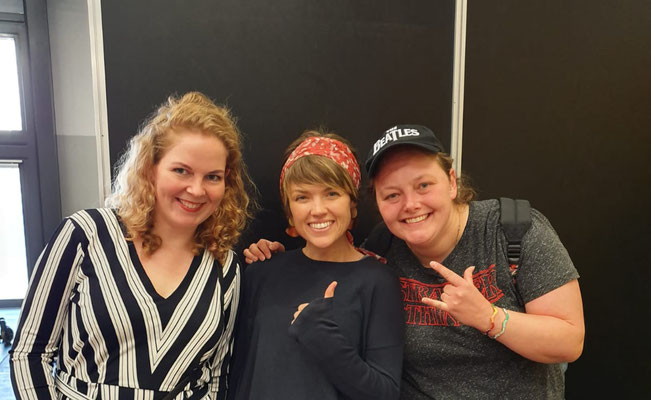 And that is not even all! Like I said: Liv was on spree! And super excited. So she told Erin about our website. And how we would write about meeting her. And that's when it happened! Liv asked Erin for message for all our readers. And Erin agreed! She wrote this lovely message for all of you! Check it out below. 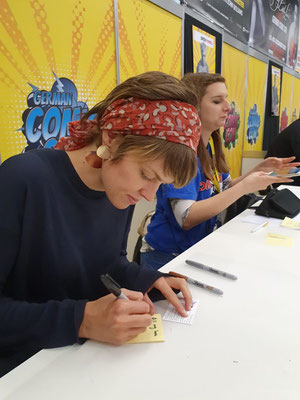 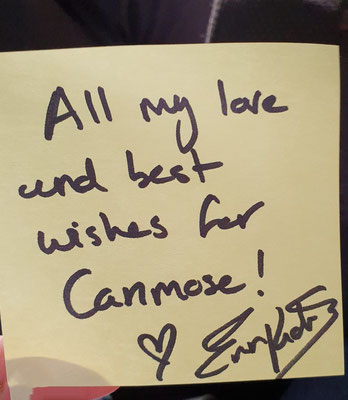 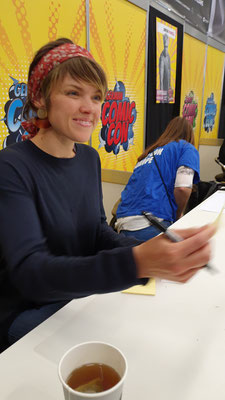 Erin was awesome. It's always cool to see that the actress in real life is so very different from the character she's playing. We also attended the "Gotham" panel and it seems that Erin has got her mind set on directing some more in the future. She directed the episode "The Trial of James Gordon" (S05E09) and she did a great job. We certainly hope to see more of her in upcoming projects. You can check out the video of the panel below.