Yeah! We went to Bloody Night Con 2018 in Brussels!! As you all know, we're huge fans of the Originals & The Vampire Diaries. Last year we went to Bloody Night Con Europe for the first time.  We had an amazing time and it was lovely to meet Kat Graham, Nate Buzolic, Paul Wesley, Michael Malarkey and Riley Voelkel! This year, we decided not to go. There are so many conventions and we can't attend everything. But at the last moment, the guest list convinced us to decide to come anyway. We just really wanted to meet Daniel Gillies, who had to cancel last year. 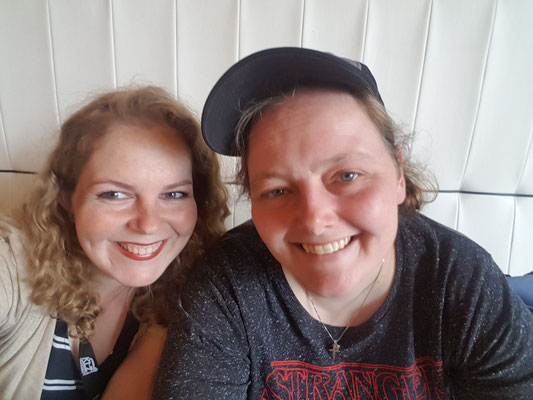 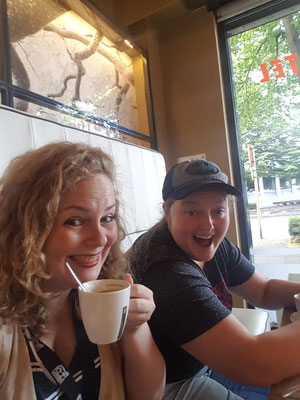 Other guests that were announced are Riley Voelkel, Nate Buzolic, Steven R McQueen, Candice King, Phoebe Tonkin and Michael Trevino. I was very excited to be able to meet Candice King as well! I really loved Caroline in the Vampire Diaries and I really hope she and Klaus will be together! But now, back to Bloody Night Con! We decided to go, bought our tickets and some photo ops, and couldn't wait to go! Lucky for us, we only had to week 1,5 week..

We bought Saturday registration because we weren't able to go to Brussels on Friday. My alarm went off on Saturday 'morning' around 4.30. Yes. 4.30!! It was so early. SO early. But we got up. And got in the car Brussels. After some food and coffee, we slowly came back to life. And with that, also the excitement came up! We were in Brussels early, got our registration and then drank some coffee at a place with a waiter who was a bit too nice.

But nothing really bothered us. There was only one thing on our mind: BLOODY NIGHT COOOOOON. Around 9.30 we hurried to the Egg and waited for the con to start. That didn't take too long. We were seated quite in the back of the room. That's the consequence of us buying getting tickets at the last moment.

The first day was a day of mainly panels for us. Liv had a photo op with Steven because he was only at the con on Saturday. For the other photo ops we had to wait until Sunday. We loved the panels: As always that's an important part of the convention and we enjoy listening to all the answers that the actors are giving.

There were a few breaks of like 1 or 2 hours. That was a bit long sometimes. If you didn't have a full meeting room or meeting room with one of the actors, then you have bit more breaks. We used that time to have lunch, take a walk and talk to some people we already from cons and people we hadn't met yet. That's what I really like at this con: Everyone is very friendly and talks to each other. It's easy to make friends. 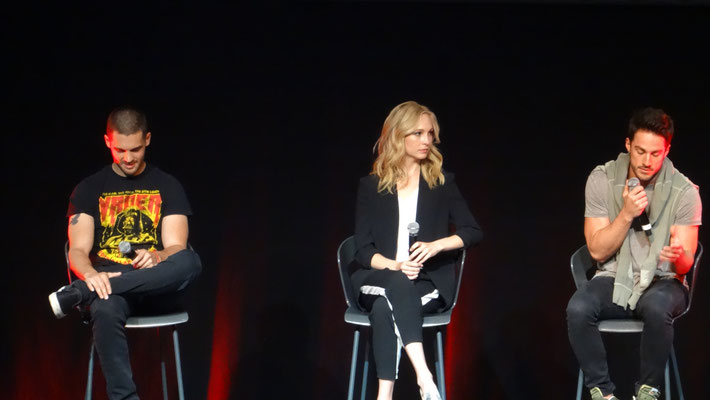 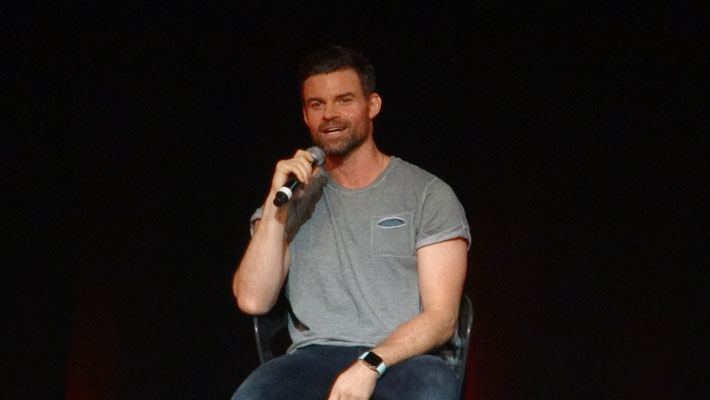 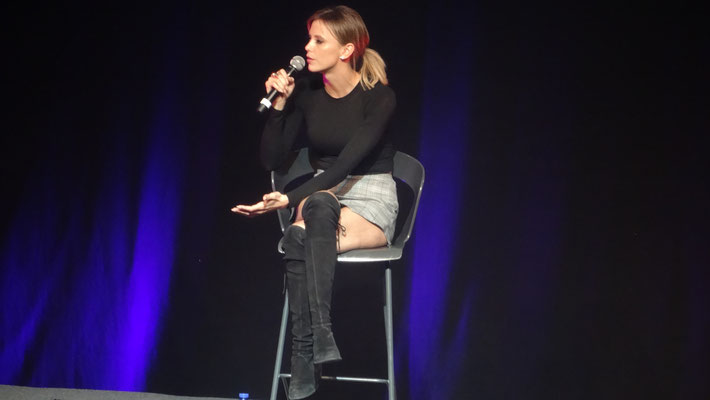 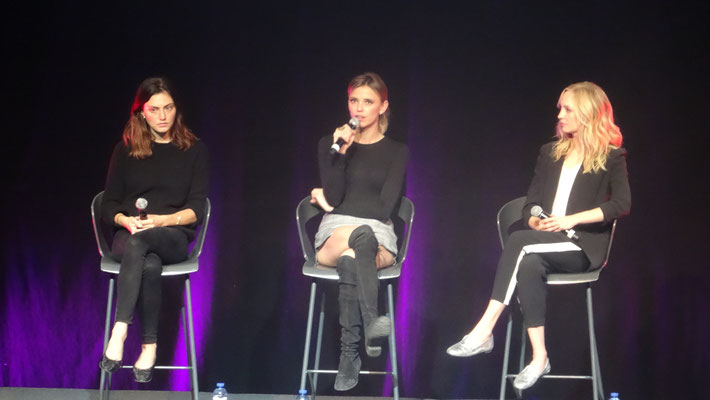 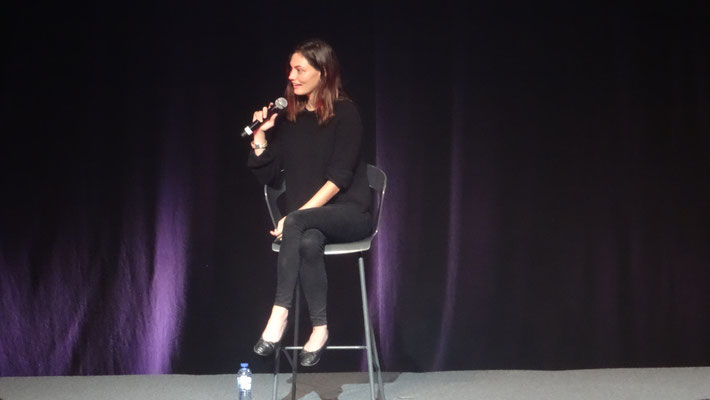 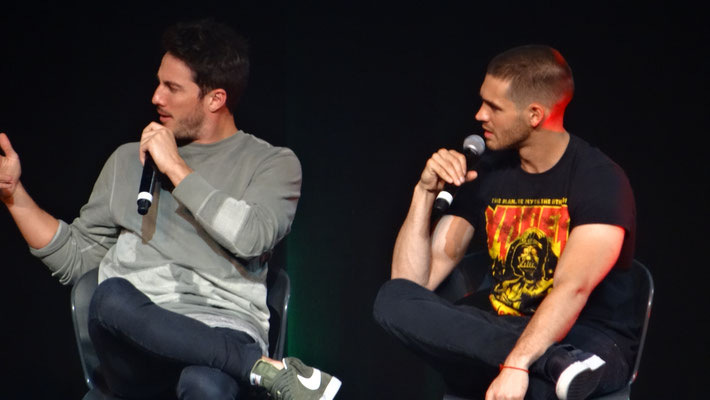 We saw all of the actors at least one time on stage Saturday. That was a lot fun. It was great to see again that KLZ managed to get a great guest list again and completely filled with actors and actresses who were very enthusiastic and kind. We saw these panels on day 1:

Curious to see a bit of the panels? Check out the video below of the girls panel on Saturday (Candice King, Riley Voelkel and Phoebe Tonkin).

And here are the highlights of Steven's panel:

I love that Bloody Night Con invited quite a lot of guests. As you can see, there were a lot of panels during the first day. Even though I do get tired after many panels, I do love it. It was a day full of panels, talking to each other and other people, breaks and coffees!

And somehow.. I was surprised again and again when I red "Michael" somewhere (for photo op calls, in the schedule etc.) . I always think people mean Michael Malarkey. And somehow Michael Trevino is always called Travis in my head. I have no idea why haha!

The con ended around 7.30. That's also great: It's not a short convention. You really have a whole day there and I really like that, You don't feel like it's rushed or that there's no time. You're at the con for a really long time.

Because it was quite late already, we rushed to our hotel. We stayed in the Park Inn by Radisson again. Checking in went fast and easy and we went up to our rooms to put our stuff there. At first we didn't have a room at the same floor. But they changed it for us, so we could stay at the same floor. After 10 to 15 minutes, we decided to go out for dinner and walk to the Hardrock Cafe, just like we did last year. 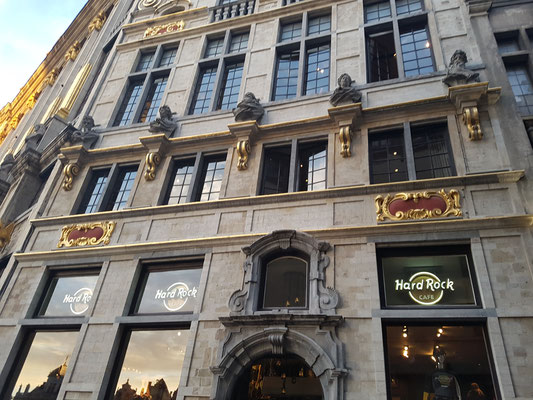 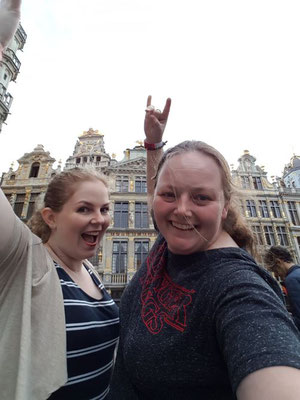 Naive as we are (Naive as I am), we (I) thought it wouldn't be too busy there, But it was. When we arrived, they told us the waiting time would be around 35 minutes. But we waited for over an hour. Beause we had to walk quite a while from the con to the hotel and the hotel to the Hardrock Cafe, it was so late already! By the time we were really sitting down and having dinner, it was 22.30!

Even though it took a while, I enjoyed my mac & cheese a lot! Tired of a long day, we headed back to the hotel to have a couple hours of sleep before day 2 would start..