Movies we watched in September

Months go by so quickly! I remember writing the article for August very well. And now..it's already October. Winter is coming!! That also gives some more time at home. Watching movies like a true couch potato, lol. Well, let's see what we managed to watch in September. 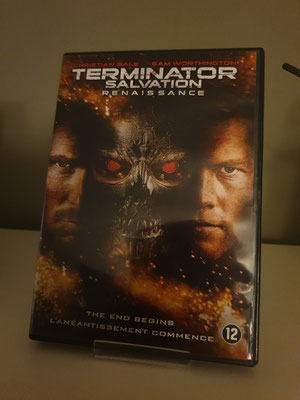 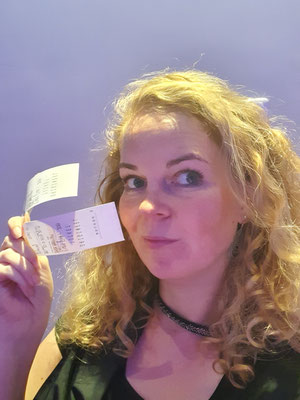 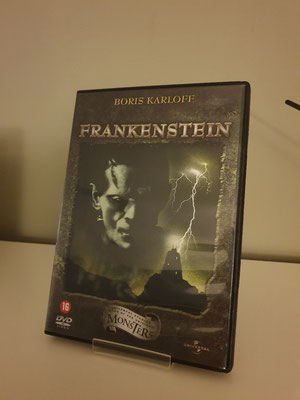 Remark:  I can't believe I had never watched this movie before! I'm so glad I decided to watch the DVD (Totally love the edition that I have). And I love the movie. It's awesome! I'm a big fan now haha.  I've always loved Labyrinth, so I really don't get why I haven't watched the Dark Crystal before. But well, I enjoyed it now. And I really liked the series The Dark Crystal; Age of Resistance too!

Me and You and Everyone We Know

Remark:  This is a movie we bought recently and I was really curious. You follow multiple people ho all come together at some point. A bit of strange, but interesting movie.

Remark:  I really loved IT:Chapter 1, so i couldn't wait to see the next part. I think Bill Skarsgard really plays an awesome Pennywise. In this movie as well. I did think this movie was a bit predictable and a bit too long. I still like it, I'm just not super excited. Mainly the part about the relics took too ong in my opinion and wasn't very frightening. Also some effects (like with the grandma) weren't really my thing.

Remark:  Many people will be familiar with this movie! Frankenstein is about an obsessed scientist who assembles a living being from parts of dug up corpses. I watched this movie because I saw an awesome Frankenstein t-shirt and I wanted to watch the movie before ordering the shirt.

Remark:  Another classic! I really loved seeing Fight Club (again). I watched in the cinema, that was awesome. I was surprised though, abut how many details I had forgotten already. I am glad to have seen it again.

Remark:  Yes, I watched another well known movie! This one, at home. Somehow, I always felt like I had seen First Blood. But I actually hadn't. So it was about time!

Remark:  I really love the Police Academy movies! And now I've seen them all (again). I own the DVD box, it's great! I was really surprised to see Ron Perlman in "Mission Moscow". he plays an awesome role haha.

Remark:  I liked this Terminator the least I have to say. I have DVD already for quite a long time and now decided to watch it. It was okay. I didn't think it was great.

Remark: I had never watched Zombieland before and this year there will be another Zombieland movie: Zombieland: Double Tap. Reason enough to start with watching Zombieland. And I really liked it. The movie has a great cast (With for example Emma Stone and Woody Harrelson).

Oh my god...what a month. I don't know what happened but I was so very busy this month. Of course I did watch movies, but I never watch as much movies as I want. Let's me tell you about the movies I did watch! 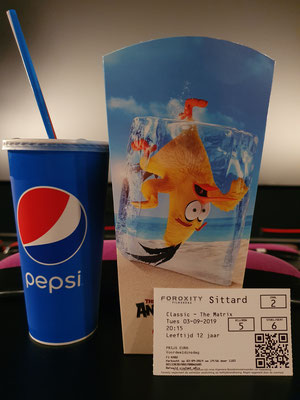 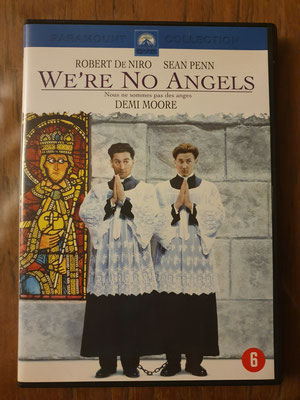 Remark:  Last month it was 20 years ago that "The Matrix" was introduced to the world. To celebrate this a remastered version of the movie was brought back to the cinemas. Of course I had to go and watch it!

Remark:  A Dutch movie about the early years of policeman De Cock, a popular character from the books of writer Baantjer.

Remark:  I have always loved this movie! Last month my brother came over for a movie night and we watched two De Niro movies. This was one of them.

Remark:  This was the other De Niro movie we watched and one of my favorite comedy movies he starred in. The chemistry between De Niro and Grodin is awesome.

The Adventures of Huck Finn

Remark: This month Disney+ came to the Netherlands with a trial version and of course I want this! So I registered and watched this one, starring a very young Elijah Wood and Ron Perlman as his father.

I don't feel at home in this world anymore.

Remark: Another Elijah Wood movie I watched this month. He is magnificent in this one! Carola already wrote a review about this one.