Tip of the week: Sons of Anarchy

I'm actually sitting in a train now from Warsaw to Krakow. I was listening to some music and then it hit me: I haven't written a series tip yet about Sons of Anarchy! How could I? So I immediately grabbed a piece of paper and a pen and started writing.

Sons of Anarchy is an American TV series about a motor club called 'Sons of Anarchy'.   While watching the series, you follow the lives of the club members. Main protagonist is Jack Teller (Played by Charlie Hunnam). He's the vice president of the club and the son of one of the founders. He is always trying to find balance. To think about what's good for the club. Ways to avoid violence or go legit. But it's just not that easy.. You get to see the issues that pop up in the motor club, the private lives of the member and the influence of all of this on their city Charming. The most important themes of the series are loyalty and family.

Main protagonist Jax Teller is portrayed by Charlie Hunnam . Jax is the vice president. The president of the club is Clay (Ron Perlman). He is the 'new' husband of Jax' mother Gemma ( Katey Sagal). Yes.. Just like that I'm throwing in two big names. If you haven't heard of Charlie Hunnam yet (rumor was he could have been Christian Grey in 50 shades of Grey), I'm sure you know Ron and Katey. Come on.. Really! You do know them! What if I say.. Hellboy? Yes, THAT is Ron Perlman in that movie (He plays Hellboy). And what if I say.. Married with Children?  Yup. Katey played Al's wife Peggy. I can assure you, she's nothing like Peggy Bundy in Sons of Anarchy. On the contrary! That's promising right? Well.. keep reading ;).

I have more!  You might know them. Maybe you haven't heard of them at all yet. But: It's definitely worth your time. Of course Jax and Clay aren't the only members of the club. There are other club members. (Haha sorry, I'm still sitting in the train to Krakow. It makes me a bit giggly). (The guy who's sitting in front of me. is very restless, repeatedly bumping in his chair. The guy before him is extremely nervous. He's walking around, touching the chairs and shelves. He even walked by and almost read this, lol.) On to the other club members: I'll highlight a few for you:

Opie (Ryan Hurst): Torn between his family and the club.

Tig (Kim Coates, you can see in the video below!): Mr dangerous. he's loyal and crazy!

Happy (David Labrava, you can see him on the first picture of this post): Happy is an ironic name, which stands for the lack of happiness.. Happy really is the quite type. I remember that Sig and I always were rooting for him to say something/ have a dialog.

Chibs (Tommy Flanagan): He grew up in Nothern Island. 'Çhibs' refers to his facial scars. (By the way: the scars are real).

Otto (Kurt Sutter): Kurt is the series head writer and showrunner. He plays club member Otto, who is incarcerated, himself.

We already met 3 people from the cast of Sons of Anarchy: Kim Coates (Kim was our first!) and Mark Boone Junior & David Labrava. In November I will meet Tommy Flanagan!  Check out the video below to see us meeting Kim Coates!

It's an action/ thriller/ drama series. There is a lot of action. But: with a story. It's not killing for killing. I wouldn't see it as horror/ a killing spree with guts hanging out etc. Though every season, the series gets tougher! There will be fights. And people will die. You get to see every inch of the clubs development and of the private lives of the members. This means themes such as good/ bad. But also: Loyalty, betrayal, family, separation.  Check it out if you like a combi of action, nice dialogs, strong characters and the discussion of bigger themes.

Jax thinks a lot about life lessons, good vs. bad, the actions of the clubs etc. He reads his fathers diary and can philosophizes about it and about life and the club. The birth of his son only strengthens this.  To show you what I mean, I'll share some of his 'thoughts' with you:

2. “I feel like my life has taken a turn. I’m heading down a road I’ve never been on before. Nothing is familiar. The signs don’t make sense. Do I get off the road, or do I keep riding? Do I go alone or take others with me? Who do I trust for the journey? I now understand why being a leader requires isolation.I have to remove myself from those whose lives were affected by my decisions. Those I love… as well as those I hate."

3. "The only advice I can give you, sons, is to examine who you are as men. Figure out what’s important to you. Know yourselves. Know what’s in your heart. Don’t be swayed by fear or history or the opinions of outsiders. Find your own truth. It will lead you to the things you love." 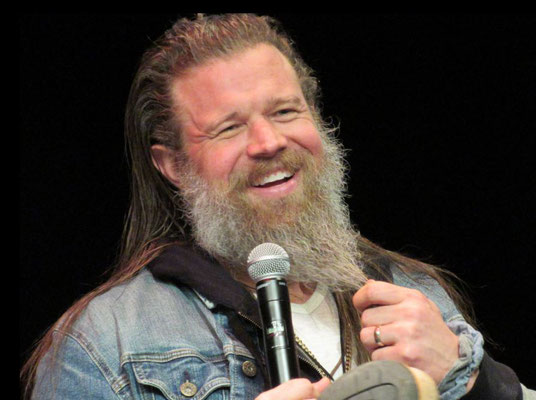 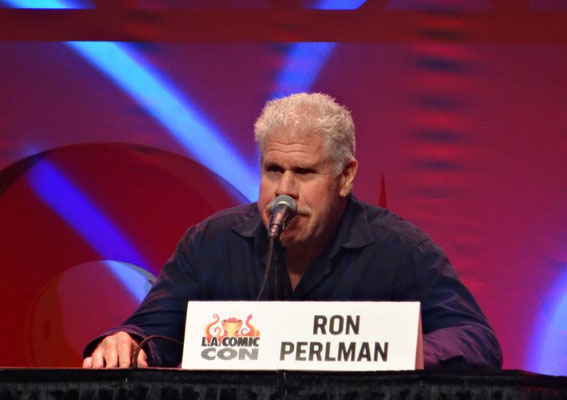 I started watching Sons of Anarchy by accident. Just channel surfing on tv and kept watching. I liked it. (If you would have told me about it, I would have thought it wasn't for me. I had some preconceptions on action/ biker series haha). What intrigued me was the balance between the club life and the family/ love. (However: Everything always leads back to the club). And believe me: This ain't cheesy! Lol. You can't be cheesy if you want to be a SOA biker. (Mr. Nervous walked by again.. now standing next to his chair. Rubbing over his head. Looking at all sides, he's making me nervous lol.) I think the series has a lot of talented actors, which makes it a lot of fun to watch! My personal favorite characters would be Tig/ Chibs/ Opie (in the club) and Gemma/ Nero/ Marcus Alvarez (outside the club).  It's nice to see how they deal with all the dilemma's, wars and betrayals. It's rough and tough. But not at a very high pace. (Not like The Walking Dead in the beginning). Scenes and dialogs are well thought out and everything is connected. ( Mr. Nervous is wildly moving on his chair. I can see him in the window haha). Oh, and I love the theme song called This Life.