Next weekend, we'll be at Amsterdam Comic Con! We are very much looking forward to it. There will be lots of merchandise, actors, panels, props etc.. So we won't be bored! Of course there's always the most difficult question: Who should we meet? A lot of amazing actors are attending Amsterdam Comic Con and now ofcourse I'm thinking about that: I want photo ops & autographs. Definitely! But: Which actors or actresses do I want to meet? Difficult choices! So maybe you guys can help us out ;). I'll tell a bit about some of the guests (Guests that I know, like, or already met).  Tell us: Who should we meet? About whom do you want to read an article (Meeting XXX)? Let us know in the comments!

The actors at Amsterdam Comic Con

I won't discuss all of them, just a few who I know from movies/ series or have met earlier on.

I'm very very excited that Robert Englund will be a guest at Amsterdam Comic Con. Has anyone of you already met him? Please, do share your stories!! I love to hear. Robert Englund is known for playing Freddy Krueger in the Nightmare on Elm Street movies. As a fan of horror movies, I have seen all these movies! And I loved it (the first movies the most). Robert Englund is an icon! I can't believe he will be there.

Fun story: At Dutch Comic Con we were queuing for Ian Beattie. The 2 guys behind us were talking about horror. One of them claimed to be a big fan of horror. And especially wanted to meet "Freddy Englund" hahahaha. Liv and looked at each other like REALLY? Did he just say that. Yup. Not Robert Englund. Not even Freddy Krueger. Nope.. Freddy Englund! Well Freddy, see you in Amsterdam ;)!

Well, I have to admit. This is more Liv's cup of tea haha. I'm now watching the Lord of the Rings (Sean plays the role of Sam), specifically because I will go to Amsterdam Comic Con. I know MANY people love watching LOTR. But for me it's hard work.. Until ow at least. I've just finished the first movie. I will proceed with part 2 tomorrow. It's not that i dislike it, but I also don't LOVE it. Sean Astin seems like an incredible actor though. Maybe by the end of this week, I'll be hysterical about LOTR haha. Anything can happen. Sean also plays in the Goonies. Which I watched this week. Liv loves the movie. Well, I dont. Haha. And that's that. I just didn't think it was interesting to watch. I have seen Sean also in the Adam Sandler movie Click. I like that movie :). Really funny.

And this is Sig's specialty! But I also like Lance, so I'll tell you a bit more. Have you seen the Alien movies? (Alien, Aliens, Alien 3 and Alien:Resurrection). Lance Henriksen plays in the second and third Alien movies! He plays the role of Bishop (And Bishop II). I loved that role in the movies! So many epic scenes.. Lance is a great actor! Lance is also known for the Terminator, House III and DC's Legends of Tomorrow.

I know a lot of people can't wait to meet him! We al know James for playing Spike in Buffy the Vampire Slayer and Angel. How many of you have watched Buffy? I did! It's a long tie ago. But I remember watching it. I don't think I've seen everything. But if it was on tv, I would definitely keep watching.

Okay, I will forgive you if this doesn't ring a bell immediately. As long as you instantly know it when I say... HODOR!!!!!! Oh yeah. Hodor is at Amsterdam Comic Con! Unnecessary to say, but: Kristian plays the role of Hodor in Game of Thrones! Hodor is an iconic character. For ACC it's an amazing GOT guest. In the last season of Game of Thrones, Hodor was... everything! The surprise, the tears, heartbroken, sad, everything!

Yeah! Amsterdam Comic Con also invite some amazing Star Wars guests! I've already seen Peter Mayhew (Chewbacca) and Ray Park (Darth Maul) once. I haven't seen Ian McDiarmid (the Emperor)  yet. I think all 3 of them are amazing guests! Are you a fan of Star Wars? Which guest would like to meet? 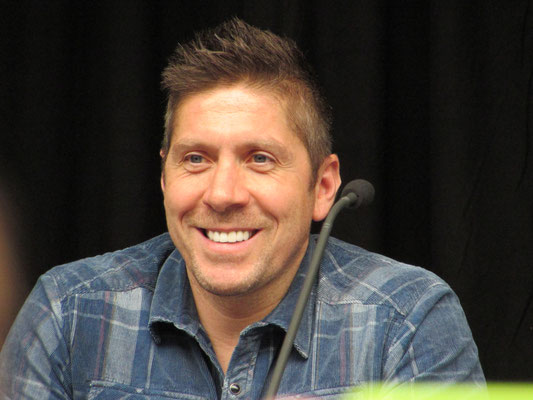 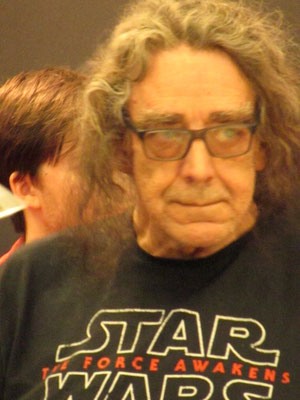 The actresses at Amsterdam Comic Con

I say Julie Benz, you say.. DEXTER! Oh yeah, this Dexter star is coming to Amsterdam. Julie is well known for playing Dexter's girlfriend Rita Morgan. I thought she was amazing on Dexter and she's such a great actress! But Julie has worked on many, many, more things. You might know her for: Defiance (Amanda Rosewater), Hawaii Five-0 (Abby Dunn), Desperate Housewives (Robin Gallagher), Angel (Darla). She's done so many great things. It's very nice to see her in Amsterdam!

I've just finished the Vampire Diaries season 6. Jodi Lyn plays the role of dr. Jo Laughlin in TVD. And I totally love her in the Vampire Diaries. Jo is a doctor and witch. And she's amazing. I'm excited she will be at Amsterdam Comic Con. You might also know Jodi for Prison Break as Gretchen Morgan. I have also watched Prison Break. So: Even more reason to be excited!   You also might have seen her in Nash Bridges, the Evidence, Two and a Half Man and Hit the Floor! Fan of Prison Break? Have you already read our article about meeting Sarah Wayne Callies?

Both Natalia and Keishe played a role in Game of Thrones! So next to Hodor, Amsterdam Comic Con has more GOT guests! Natalia plays the role of wildling Osha. Keisha portrays Obara Sand.

A great guest for Superman fans: Margot Kidder played Lois Lane in Superman, Superman II, Superman III and IV! I haven't seen any of these Superman movies. Should I (do it this week)? Margot is also known for the Amityville Horror, Black Christmas, Boston Common and Phantom 2040.