Tip of the week: OZ

At a certain moment Sig bought a complete dvdbox of OZ. It contains all the seasons. Ofcourse he wanted to watch it together. (He had already seen it once). I didn't want to. It sounded to violent. Too much action. It's not that I don't like acton movies (That wouldn't make sens since I'm a HUGE Jason Statham fan). But it just didn't seem something for me. But Sig can be quite persistant. And eventually I gave in and agreed on watching 1 episode.

1 episode was enough to get me hooked. 2 Weeks ago I told you about my current addiction (The Vampire Diaries). But that's nothing compared with my love for OZ. I literally wanted to watch all the time. Not only in my spare minutes. All the time. there were so much cliffhanger. You never knew what was going to happen!

It's time to tell you a bit more about what this series is about. Oz is short for Oswald State Correctional Facility. It's a level 4 maximum security state prison. Unit manager Tim McManus (Terry Kinney) sets up a new unit: Emerald City. It's an experimental unit. Highly controlled and with prisoners from each racial and social group. The series concentrates on this unit. Within the unit, many gangs are formed. There are the African American Homeboys, Muslims, Wiseguys, Aryan Brotherhood, Gays, Latinos and more! Oz concentrates on the troubles between the gangs, within the gangs and between the prison staff and the prisoners.

I can write a book about the actors in this series! Can you feel my enthusiasm? I've got to know so many awesome actors by watching Oz. And the best thing is: I see them regularly in other movies/ series now! I'll sum up a few you might know..

I'm a big fan of Adewale! I've written an 'In the spotlight' about him earlier on. In Oz he plays the role of Simon Adebesi. He's one of the leaders of the homeboys. Though Adebesi is a violent & dangerous character, he immediately was one of my favourites. The way he speaks and smiles, with a manic look in his eyes. Adebesi was an amazing character in Oz! I think he really is one of characters that shaped the series.  Adewale is currently starring in Suicide Squad as Killer Croc. You might also already know Adewale for Best Laid Plans, Lost or the Mummy Returns.

Ernie Hudson plays the role of warden Leo Glynn. He does whatever he can to manage all the conflicts. And yes, Ernie Hudson is the guy from Ghostbusters! Want to know about him? We met him in 2014, read about our experience.

Fans of Law & Order Special Victims Unit will definitely know him (And many others of the cast). In SVU he plays the role of dr. Huang. In Oz, he's father Ray Mukada, the chaplain of the prison. He's really awesome in this role, just like in SVU!.

I'm a bg fan of Seth Gilliam for his work on Oz (Officer Clayton Hughes), the Wire (Ellis Carver) and the Walking Dead (father Gabriel). he's such an amazing actor. In Oz, he starts off as playing an officer. But soon you'll learn he's a troubled guy. And he will see both sides of Oz.. We also met Seth Gilliam, check out our experience!

Another big name in the list. In Oz, he's the most powerful Latinos: Enrique Morales. I really liked him in Oz! He's incarcerated for murder in the second degree.  Morales wants as much power and influence s possible. He often works together with other gangs to accomplish that. Under Morales, the Latinos do very well in the drug trade. I love the way David plays Morales: He's presents himself as a businessman, wants the Latinos to flourish. But you don't want to mess with him.. And he makes that very clear. He takes control and don't let anyone stop him. He plays the role of Enrique very well. After Oz, I saw a lot more of David Zayas by watching Dexter. In Dexter he plays the role of Angel Batista!

Another familiar name for Law& Order SVU watchers. In SVU he portays Elliot Stabler. I really like him in SVU, but I think his role in OZ is more challenging and diverse. In Oz he plays the role of inmate Chris Keller. Chris is a charming sociopath, manipulation everyone. He's incarcerated for felony murder, two counts of attempted murder, assault with a deadly weapon, robbery, driving under the influence and reckless driving.

And I can go on and on haha.. So many great names. I'll stop my extensive list and just give a few more names: Harold Perrineau, Eamonn Walker, J.K. Simmons, Dean Winters, Rita Moreno, katryn Erbe and many many more. 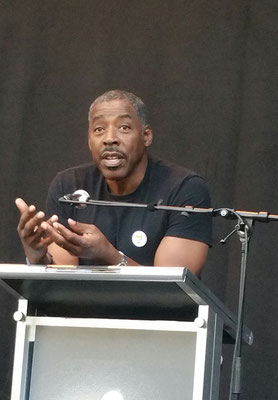 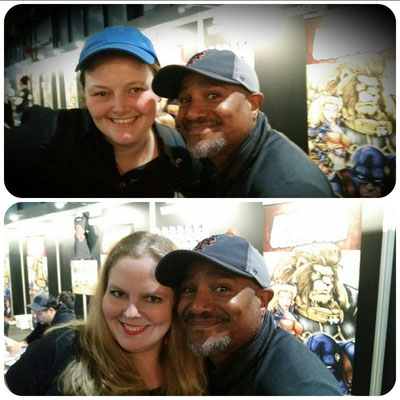 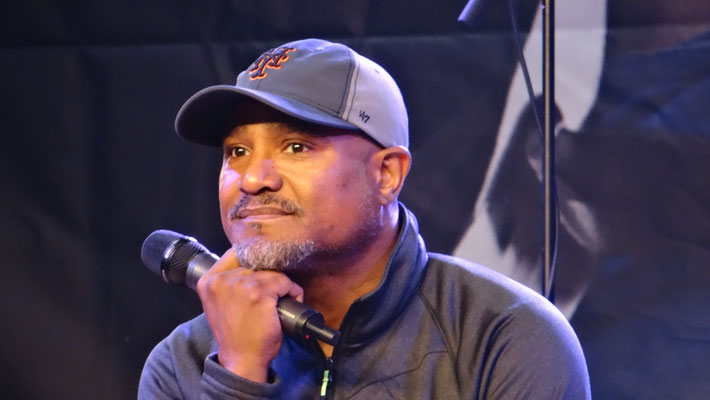 I think everyone should just watch a few episodes. Just to give it a try. Well maybe not everyone. There is quiet some action, blood and violence. If that really really isn't your thing then you might not like it. You don't have to be a fan of action movies or love violence in series to like it. But you'll have to be able to at least tolerate it. The genre is crime/drama/thriller. be prepared for a series you can't forget anymore. The cliffhangers and all the action will make you come back for more every time. It stays spot on till the very end. But: be prepared to lose some favorites. No character is 'safe'. The plot is very unpredictable. Don't expect something like Orange is the New Black. The prison in OITNB really is a walk in the park compared to Oz.

Don't be mistaken, Oz is not just about action, violence and kills. The series is also very serious and gripping. It gives you a lot to think about and shows many sides of the groups within Emerald City. It shares views on leadership, resistance, betrayal, revenge, love and fear. And the series is very realistic.

I think my opinion is already quite clear, I totally love this series. Oz is my number one. I would like to meet everyone of the cast. they did such an amazing job. I was already lucky enough to meet Seth and Ernie. On top of my list right now  would be meeting Adewale. Let's see if that will ever happen :).

But back to the series: I like an unpredictable, hard, gruesome series. I just love to watch that. And never know if my favorite character will survive one more episode. But what makes Oz just not the ordinary series is that also show many subjects like I mentioned before: Hate, fear, leadership, revenge and more. All emotions pass by. You see the inmates and prison staff struggle. You see people being vil, being good. Being both. I love that.

When I met Seth I asked him about about his favorite other prisoner in Oz. His favorite is the same as mine: Adebesi! You can watch the video below.

What's your favourite series? Have been addicted to a series? What series (or genres) would you like to see in Series Tip of the Week?