Movies we watched in December

It's January! It's 2020. A whole new year. Hopefully an amazing year, full of movies! Anyway, today we're still talking about 2019. We're looking back on the movies we watched in December 2019. 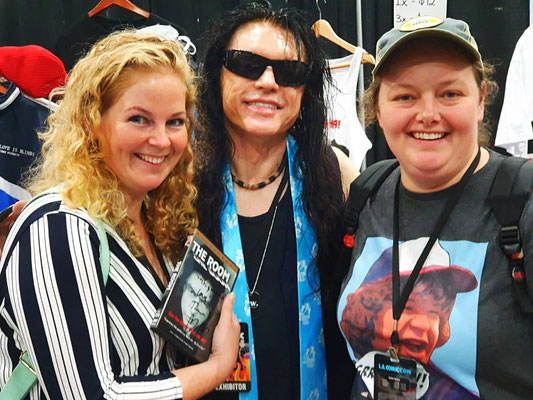 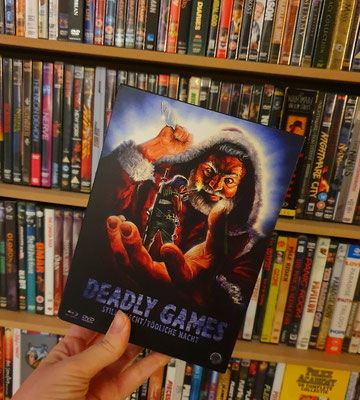 Remark: I've watched Sin City before, but really felt like re-watching the movies. I really like Sin City and it had been a while, so I was excited to see it again.

Sorry We Missed You

Remark: I watched Sorry We Missed You in the cinema. I thought it was an amazing movie. It's about a UK delivery driver and his family. They're struggling and working hard for a better life. But that's not easy: both their jobs are really tough.

The movie was really intense. It's not a "happy movie", it really shows how they're struggling and how hard their jobs are. I really felt for the family in the movie. So, a great movie from director Ken Loach (He also directed I, Daniel Blake).

Remark: A movie with Geena Davis! I've been a fan of Geena Davis ever since I watched A League of Their Own. Somehow, I had never watched Thelma & Louise. A move about 2 friends who go our on an adventure. But that escalates quickly. I really liked the movie and it was great to see Geena Davis here again!

Sin City: A Dame to Kill For

Remark: After watching the first Sin City movie, Of course I couldn't ignore the second movie! I had watched it once before, in the cinema. And loved seeing it again.

Remark: Deadly Games, it was time to watch a horror movies. It's been a while now since I watched it, so really have to think back. It's a movie about a town that's being terrorized by a masked killer. he's murdering women.

Remark: I watched Marriage Story in the cinema. I had heard a lot about the movie and seen the trailer and I couldn't wait to see it. It stars Adam Driver and Scarlett Johanson (They're both amazing in this movie!). They play a couple that's going through a tough divorce.

Remark: I was looking for this DVD for ages already and I'm so happy I have it in my collection now. It's a French movie, and I was looking for a DVD with English subtitles. The movie is made after Emile Zola's book. It take place halfway the nineteenth century in northern France. it follows Coal mining workers who are being exploited. And one day, the go on a strike.

Remark: At Comic Con Los Angeles, Liv & I met Tomy Wiseau. He had a booth a comic con and I decided to buy the movie the Room (I had never seen it before). So I bought the movie (and got it signed) and watched it at home now. I know the room has been labelled as the worst movie ever made by some publications. So also I watched it, knowing that. And with that in mind, I had so mucj fun watching this movie hahaha. I'm just going to say "You're tearing me apart Lisa!" and "Oh, hi Mark."

Remark: After watching the Room, I had to see the Disaster Artist as well. This movie is about Tommy Wiseau and Greg Sestero creating the movie the Room. (They're played by James Franco and Dave Franco)

Remark: I got this movie for Christmas and I was very curious to see this movie about a prestigious museum chief art curator in Stockholm. He gets in a personal and professional crisis, while he is launching a new exhibit: The Square.

I was really curious, and the movie was not at all what I expected. I still liked it, but I do think that some parts were really weird!

Remark: The second movie I watched on New year's eve. (The first one was The Square). A movie about to cops in harlem who investigate a robbery.

Remark: The third movie I watched at New Years eve. This was the last movie I watched in 2019. The movie actually ended when it became 2020. So the ending of this horror movie will be in my memory for a long time hahaha. I have a bit of mixed feelings about this movie. There were some good parts and some things I liked less.

Remark: This Dutch movie (directed by Dick Maas) depicts the Dutch Sinterklaas (Saint Nicholas) as a murderous, child abducting bishop every time there is a full moon at December 5th. I like this movie, I've  watched it multiple times already. Sure it's not that brilliant, but it's a great laugh.

Remark:  I watched this one in the cinema. It stars Edward Norton Lionel Essrog, a detective suffering from Tourette's Symdrom. He hes to solve the murder on his mentor. I loved to see Edward Norton in a movie again! I think he is an exquisite actor and in "Motherless Brooklyn" he proves (once more) that he is one of the best out there.

Remark:  This movie fits perfectly into the series of movies that Liam Neeson has been acting in over the last decade. In this movie he plays Michael MacCauley, an ex-cop that earns his living by selling insurances. He takes the same commuter train on a daily base. When he gets fired, he takes the train home and gets caught up in a dangerous game of cat and mouse.

Jumanji: The Next Level

Remark:  I watched the first new "Jumanji" last month (as you can read in Movies we watched in November) and beforehand I did not think much of it. I really love the old "Jumanji" (1995) and did not expect to like the new one. I was wrong! I really liked it...so I was very curious about the sequel. And it did not disappoint!

Remark:  I re-watched this one, because it was on TV and I forgot how much it was to watch. The chemistry between Wesley Snipes and Woody Harrelson is great, as can also be seen in "White Men Can't Jump" (1992)

Remark:  "Gangster Squad" is one of those movies, I've been wanting to watch ever since it came out. But somehow I never got to it. When I stumbled upon it while browsing Netflix, I decided that this was the moment. When you put Ryan Gosling, Emma Stone and Sean Penn in a movie together, what can go wrong? Well nothing! A very solid movie, that I thoroughly enjoyed watching...

The Saga comes to an end...I liked it, but I thought it was the least one of the new trilogy. It's very clear, that Abrahams wanted to satisfy everyone in this last Episode of the Skywalker-saga. But you can't satisfy everyone when it comes to "Star Wars" ... That is a mission impossible. Unfortunately there aren't a lot of surprises in this last part of the story and it's all a bit standard. It's not what I hoped for, but that doesn't mean it's a bad movie. Not at all, it was very entertaining...and the end of an era!

Remark: It's always a good time to watch "Die Hard"...even if it's for the gazillionth time!