2018 is the year of Queens! Earlier this year, we already met "Queen of Scots" Adelaide Kane. And now, we were fortunate enough to get the chance to meet the "Evil Queen", Lana Parrilla! Actually I had seen her already (from a large distance) at New York Comic Con last year. I saw her in the "Once Upon a Time" panel with Adam Horowitz and Edward Kitsis. It was a magical panel. Watching the first episode of the last season. And seeing Lana there. At that point, I really thought that was as good as it gets. I didn't think such a big guest as Lana would come to a con close to us ánd do photo ops and panels. Luckily enough, Dutch Comic Con invited her. And a year after seeing a glimpse of her in New York, I got to do a photo op with her in Utrecht. Unfortunately, I could not be there at New York Comic Con and I could not imagine that a guest as big as Lana Parrilla would make her way to a convention in Europe soon. Ever since the first episode of "Once Upon a Time", the Evil Queen/Regina has been my favorite female character (favorite male is of course Rumplestiltskin). 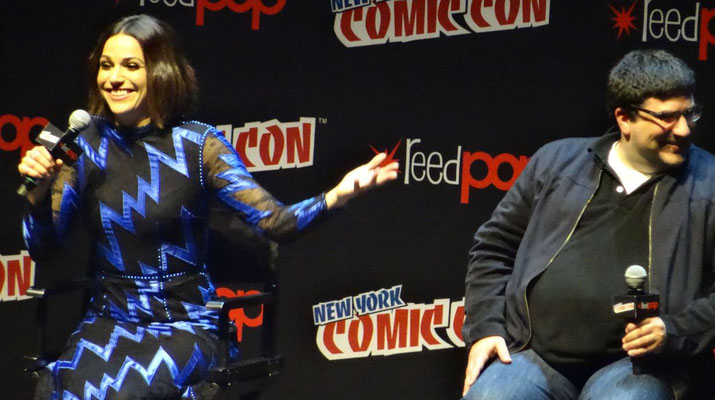 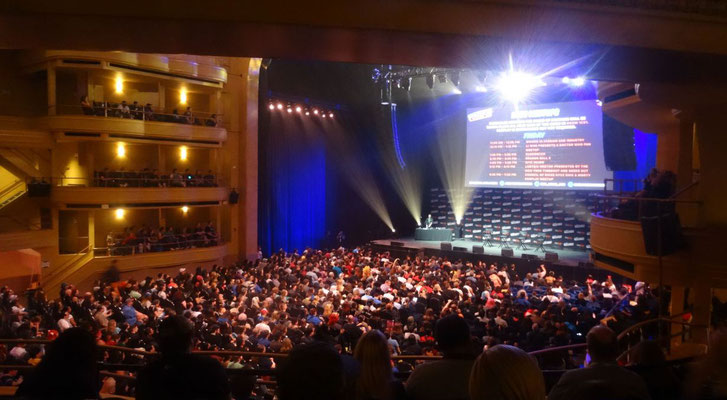 Lana Parrilla announced as a guest

I was SO thrilled when Lana Parrilla was announced as a guest. I got a message on Whatsapp from Stevie, she told me Lana had been announced as a guest. And the photo ops were selling our quickly. I ran downstairs and opened my laptop. I instantly ordered a photo op. I didn't need any time to think. At that moment, Liv was in the UK. So I sent her a message. And she wanted a photo op as well! So I ordered one for her as well. Luckily we were in time! You didn't sent a message, you called me. And that's when I know something big is happening. You are the Queen of Whatsapp, so when you call instead, usually there is something big happening on the convention front. When Carola told me Lana Parrilla was announced, I couldn't believe it. And I am so glad that Carola ordered the photo op for me at that moment, because the photo ops sold out in little more than 30 minutes.

Lana had been announced short after Jennifer Morrison's cancellation and it definitely made it up for me! I was even more thrilled that Lana Parilla would be there then I was for Jennifer (And I was already so happy to meet Jennifer). And hopefully I'll meet Jennifer another time. I watched Jennifer's panel at FACTS earlier this year. Unfortunately I was not able to get a photo op or an autograph, because the lines were huge and there is only so much you can do on one day.

We were excited (and yes, excited is an understatement!) when we left for Dutch Comic Con. We really had an epic weekend. At the con, it was very clear that Lana Parrilla and Rebecca Mader were very popular guests. Their panels were very crowded. Everyone wanted to see a little bit of them (And so did we!). I liked Lana in the panels, she was kind and funny. Check out her panel below. Can't get enough of Lana Parrilla? Check out her panel together with Rebecca Mader (The Wicked Witch/Zelena) too!

On Sunday, it was time for the photo op! The moment we had been waiting for. The was, of course, quite a long queue. But I have to say that it all went very smooth for us. We waited a bit. I guess for about 20-30 minutes. Which is fine by me for a photo op of such a big guest. The photo ops went very quickly. But it was definitely great to meet Lana Parrilla. That one moment was awesome and I will have the photo for ever. I'm so glad I got the photo. She was very nice, but there wasn't a lot of time to have a talk or whatever. But luckily we saw more of her at her own panel and the panel with Rebecca. I really loved seeing those 2 together. It looks like they have a great friendship!  The panel with Rebecca was hilarious. It was great to meet Lana and hopefully we get a chance to meet her again in the future. I will definitely get in line for an autograph... Although everything went very fast during the photo op, I love the fact that Lana Parrilla took her time to look everyone in the eyes for a moment upon meeting. And also after the photo op. I always like that...it's makes a photo op more personal... 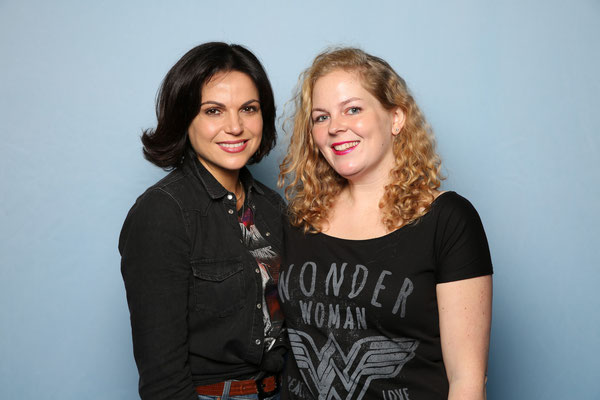 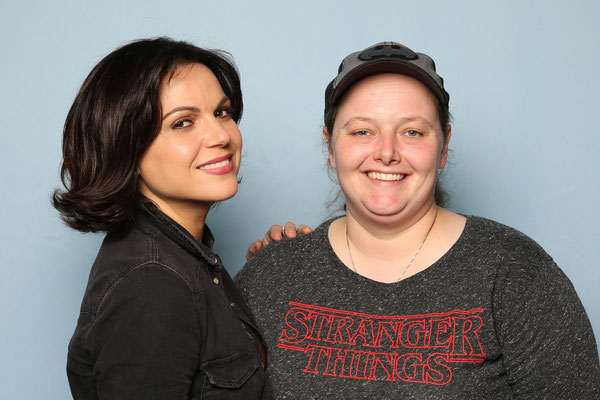