I was still feeling sorry for myself for finishing watching Mad Men when I opened Netflix and saw the trailer of Virgin River. At first, I wasn't really interested. It looked like a bit of a romantic series and that's not typically my thing. But it stars Alexandra Breckenridge (Who I know for the Walking Dead) and Daniel Gillies (The Originals), so I was sold anyway. 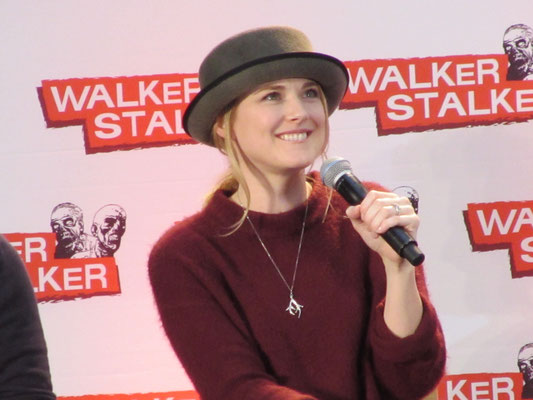 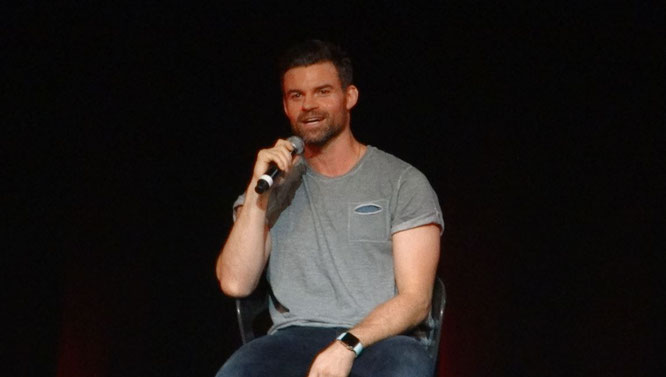 Virgin River is about a nurse called Melinda (Alexandra Breckenridge). After a drama in her personal life, she wants to start over. She moves to a small town (Virgin River) to work there as a nurse. There, she soon notices that it's not that easy to start a new life in a small town where she doesn't know anyone. The series Virgin River is based on the books of Robyn Carr.

I have watched the whole season in 3 days. I liked it. Especially with such a great cast. At first when I saw the trailer on Netflix, I thought it was a movie. But it'a series. And I'm glad a bout that! The series starts with Mel arriving in Virgin River. At that point, you don't know a lot about Mel yet. During the series, you get to see some flashbacks of her life before Virgin River. I like the way they did this. You see small parts, it doesn't take long. And bit by bit Mel's story unravels. With that, the story doesn't just focus on her new life in Virgin River but also on how she got there. And it rally gives you a different perspective on what's going on.

It's not just a typical romance series. I wasn't sure what to expect when I started watching and I thought it was a kind of romantical comedy/ drama series. And yes, I would still say it's a drama series. Not comedy though. I would say Drama/ romantical. But not with only an emphasis on romance. There's more to it. It's a lot about struggling, finding a sense of community, dealing with your past and starting over. I liked it better than Northern Rescue.

The cast is great. I started watching because I saw Andrea Breckenridge (We saw her at Walker Stalker London a couple of years ago) and Daniel Gillies (We met him twice already!) in the trailer. I also liked seeing Martin Henderson in a lead role. I know him for Grey's Anatomy (as Dr. Nathan Riggs). Colin Lawrence, Annette O'Toole and Tim Matheson are also great here! I would definitelt watch a season 2.

The first season is now available on Netflix.