Yeah! We went to Dutch Comic Con again. We were looking forward to Heroes Dutch Comic Con (as it's called now)a lot. They had a very promising program. I was looking forward to meeting Emilie de Ravin (Once Upon A Time) and Liv already knew she wanted a photo op with Dwight Schultz (The A-Team). Yes! I was so happy to be able to meet yet another one of my childhood heroes. So I already bought my photo op upfront. But I was also looking forward to seeing Katie Cassidy (she was supposed to come to ArcCon by KLZ Events some years ago, but unfortunately she had to cancel). We had an amazing day. Check out an overview of everything we did in our overview video below!

Our trip went very smoothly. We had the first train of the day and arrived in Utrecht without delays. At Utrecht Central, we grabbed a coffee and something to eat and headed to the Jaarbeus. There, we found the press room quickly. We got our wristband within minutes and walked towards the entrance of Dutch Comic Con. Tickets were checked before 10 a.m., and we waited in a big room just in front of the actual entrance of the convention. There we met up with our friend Stevie and had lots to talk about! The approach with the tickets & waiting room was very handy, because exactly at 10, everyone could walk in right away. No time wasted in waiting and queuing! 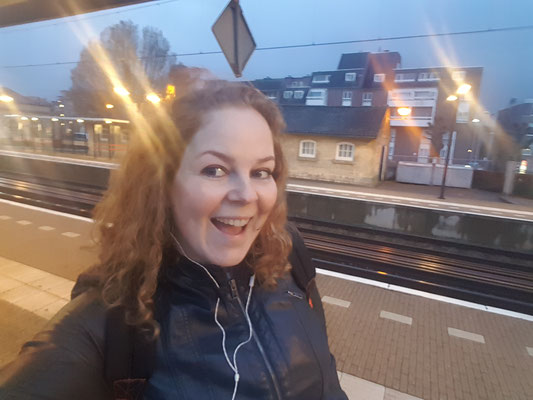 We didn't waste any time and walked straight towards the actors! It wasn't busy yet and Liv started with getting an autograph from Dwight Schultz (The A-Team). He took the time & they chatted a bit. Dwight was very nice and it was a great start of the day! We were in very fast, so I had to take my chance and go directly for the autograph. I read somewhere that Dwight really loves Dutch Peanutbutter, so I bought him a jar as a present.(and I was not the only one). When I gave it to him, he started laughing and said "you should come and check in my hotelroom". Of course I will write about the meeting and the Q&A soon. After that, we quickly looked around a bit more. There were a lot of vendors. That room was definitely huge and it was very nice to look around. I always love to check put the Cool2U stand, because they have a lot of promotions at conventions. I always buy something there and this time was no different. Within 30 minutes I met Dwight Schultz and got his autograph AND I bought a very cool Batman cap at Cool2U! Another stand I always love is Dirtees.They have a lot of cool stuff and Melvin is a great guy. If you ever see them at a convention, go and have a chat with them! There was enough space to look at all the merch, but not too much. And there was a nice variety in things that you buy. Funko pops, (board) games, shirts, dvds, anime, books, food, notebooks, figurines and much much more.

Then, it was time to split up! I had my photo op with Emilie. Liv wanted to see the Black Sails panel. Which was very cool! Before the Black Sails panel I caught the last part of the presentation of Roel Reiné's new movie, called "Redbad". Mr. Reiné was on stage and showed the trailer of the movie (which was the first time, a part from the Saturday showing).The queue for Emilie wasn't very long, but I still had to wait quite a while. Emilie arrived 10 minutes late (Because she was still signing autographs, so that's good reason). She waved happily at everyone when she walked by. The queue was actually nice, I had a nice chat with someone in the queue. And it didn't feel like we waiting for a long time! I was quite nervous for the photo op. I was so excited to meet Emilie. Of course I'll write an article about meeting her, but I was very happy with the photo op. It was managed well: It didn't feel rushed. But there wasn't a very long waiting time either. We received the photo instantly after the photo shoot, so that was great as well! 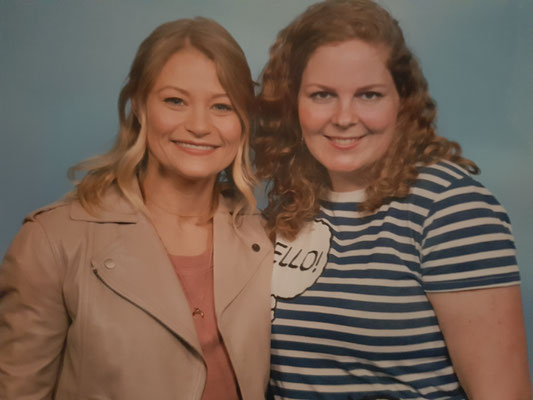 We attended many panels again at Dutch Comic Con. The panels were close the signing tables, photo ops and coffee. So this was a great location for us haha. Liv watched the Back Sails panel and we both watched the panel of Dwight Schultz, Emilie de Ravin and Katie Cassidy. The presentation of the panels was great, as always. Maurice has a nice way to do it. And he interacts well with the actors. If you wanted to ask a question, you could walk to the microphone to ask it. It was all easy & clear. Many people asked questions.

The lighting was very good. Great for making photos and videos and I love that. All the guests were also happy to answer all the questions. Every panel was definitely worth watching. You can watch Katies panel below.

When Dwight's panel was done, we walked past the Photobooth. Before the convention I looked at the program and saw that Dwight's panel and Katie Cassidy's photo op were at the same time. At that point I forgot about getting the chance to do the photo op with Katie. Bit when we walked by the photobooth I noticed that Katie wasn't done yet. Without thinking I walked towards the selling point for the tickets and bought one. Carola had no idea what I was doing. Before she and I knew it I was brushing elbows with the Black Canary/Black Siren. (Article will follow soon).

We also watched a smaller panel/ presentation: The Redbad panel in the Cozy Corner (this was the second time I saw the trailer, after the presentation on the mainstage earlier that day), about a new Dutch movie. That was fun as well. The director and a few actors told about the movie and we saw the trailer and some fragments of the movie. It was fun!  I also took a selfie with Mark van Eeuwen ( one of the actors of "Redbad") 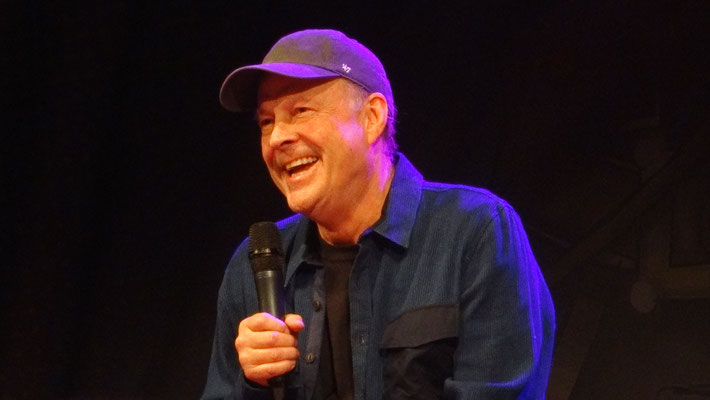 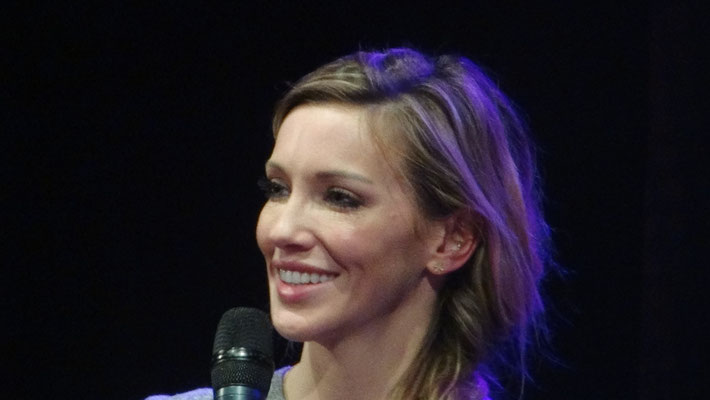 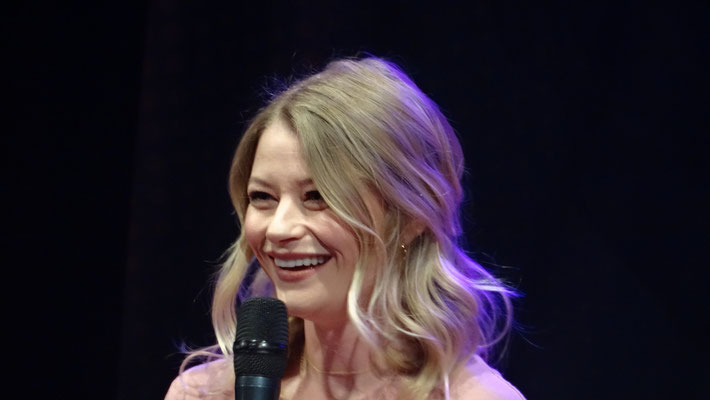 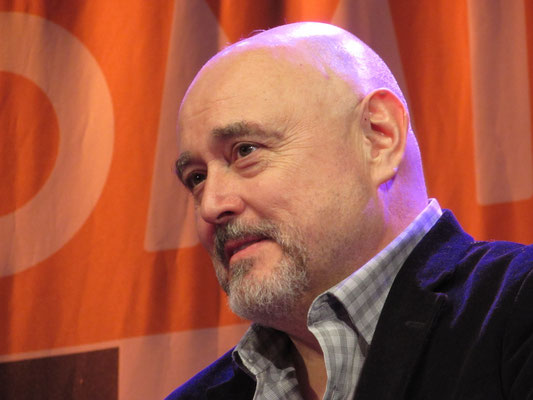 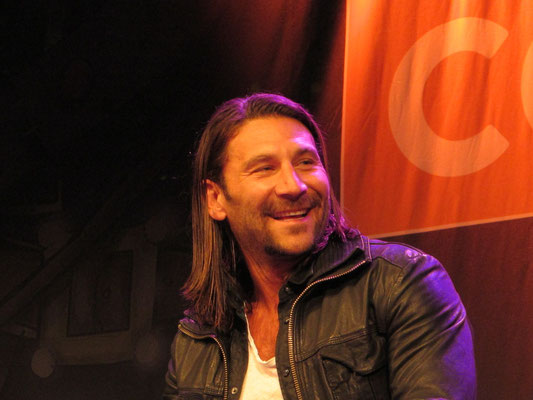 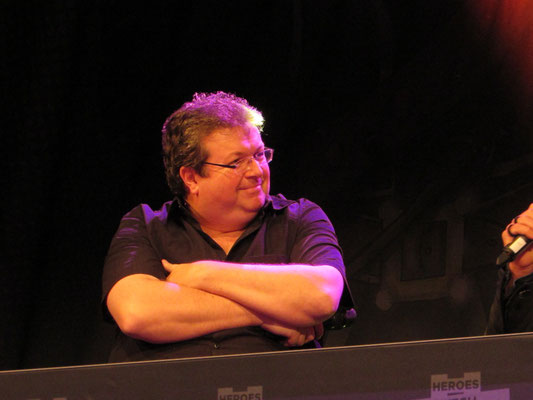 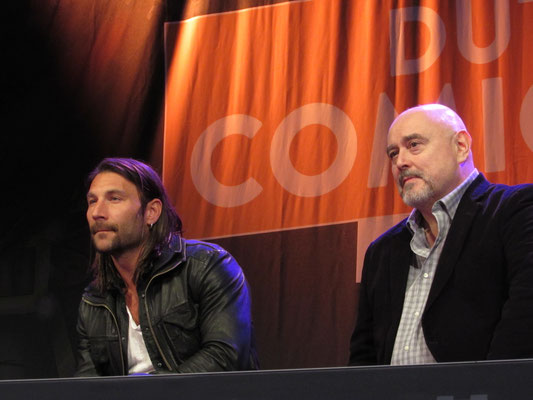 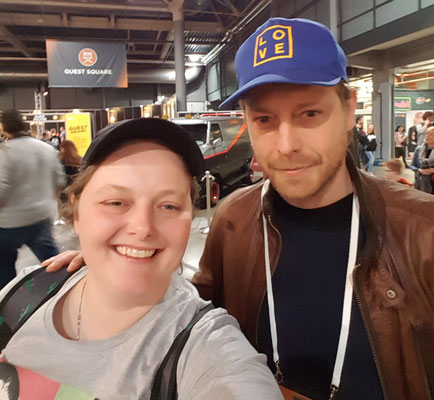 We walked around a lot. Checked out the merch, the comics, cosplay/ fan groups, Dutch Comic Con had a great mix of guests, merchandise & entertainment. We were busy the whole day and I could have spent another day there and not be bored for a second!  There were enough places to eat. What I also liked was that almost everywhere there was a stand where you could get food or drinks. So that was very handy. We never had to wait very long. And we had lots of coffees!

We also made lots of fun pictures. A Stanger Things picture, an Avengers pictures and lots more! I loved that writer Paul van Loon was also there, including the 'Griezelbus'. I'm a fan of those books haha. And the were also tattoo artists, very nice! We enjoyed ourselves a lot! Let us know in the comments what your thoughts are. 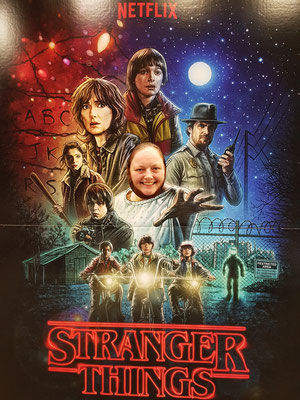 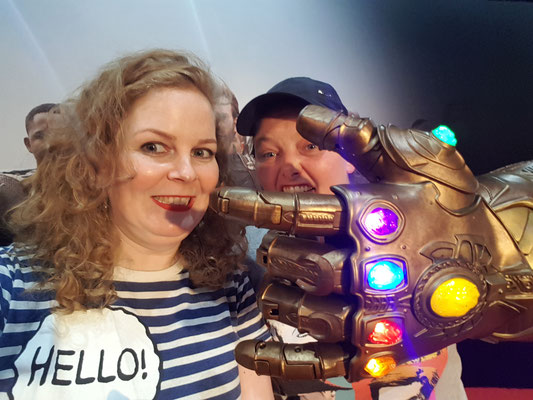 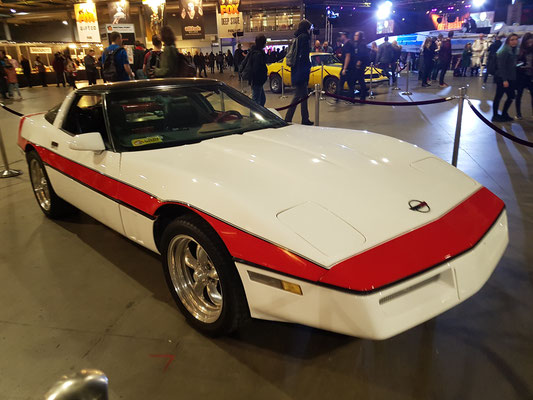 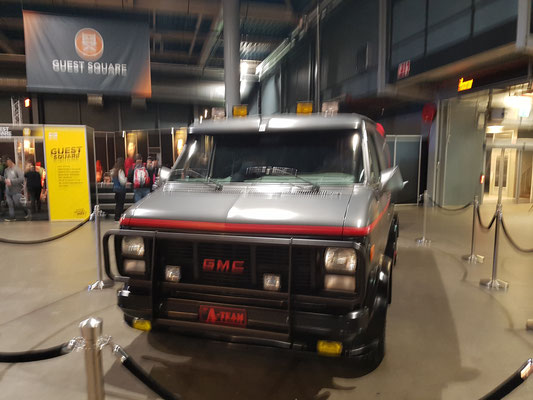 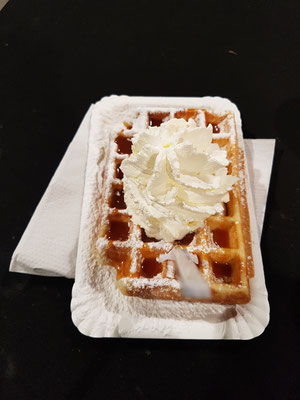 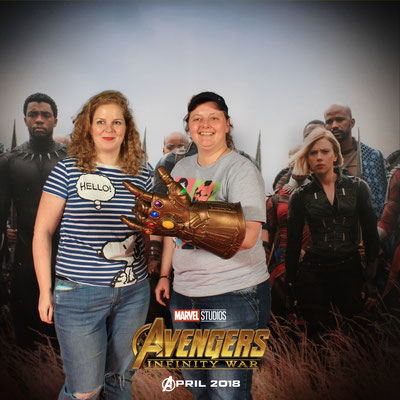 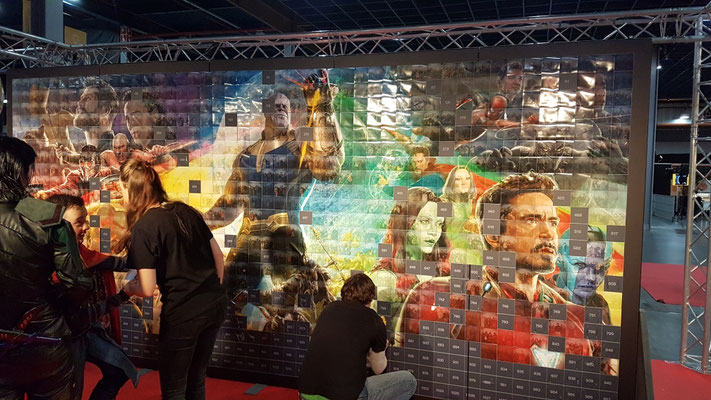 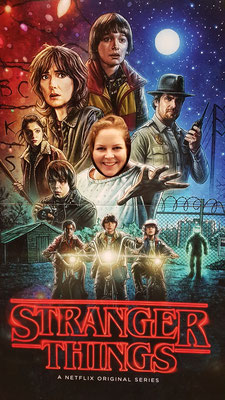 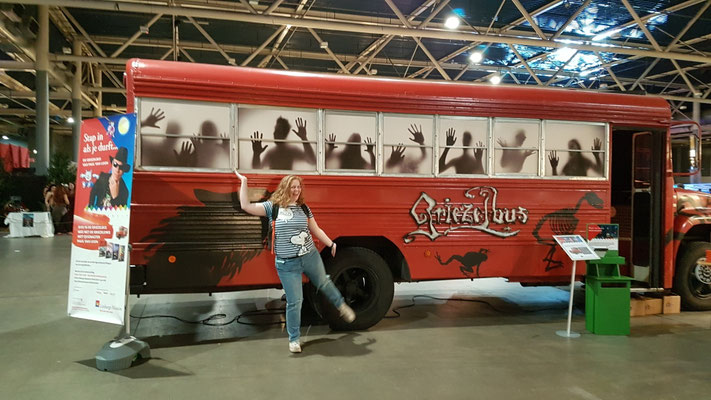