Movies we watched in June

Wow, can you believe it! When we post this article it's already July. 6 months of 2020 have passed already. It's unbelievable. But with a new month, it's time for us to look back and show you the movies we watched in June! And we definitely want to hear about the movies you watched too! Let us know in the comments. 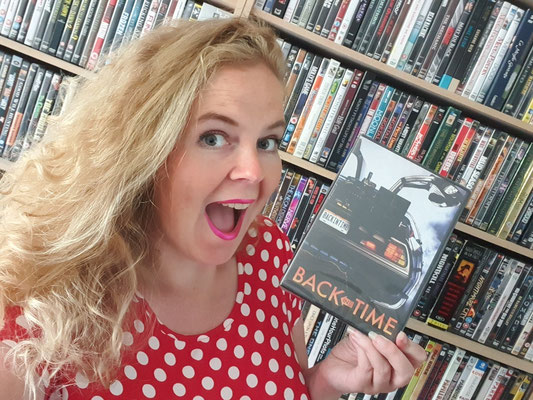 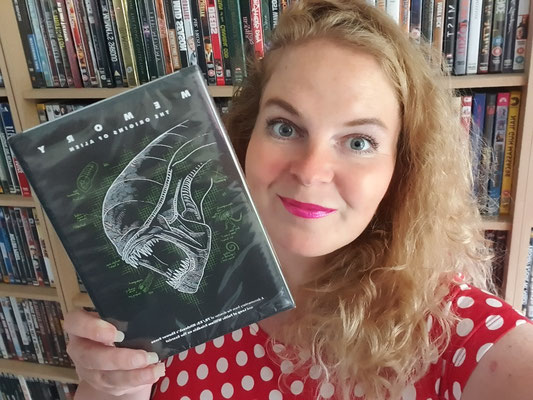 Remark: I've wrote before about my love for David Lynch movies (and art). So when I saw that there was a documentary about David Lynch I knew I had to see it. I saw the DVD during our trip to the UK, but decided to wait to buy it. In May, I got this DVD for my birthday WHOOP WHOOP. And I am very happy that I watched this documentary. I love David Lynch movies. Like Eraserhead, Mulholland Drive and more. And I haven't watched it all yet, so there are still movies to watch for me. This documentary was a great opportunity to learn about David Lynch and is life. I loved watching it!

Remark: A movie that I ordered in May, just because I was intrigued by the plot. Nothing Personal is a movie about woman who decides to leave her life in the Netherlands behind. She leaves to Ireland. There, she meets a man, Martin. she starts working for him in exchange for food. But they agree: Nothing personal. No question asked, no personal information shared. Even with this agreement, they slowly bond.

An interesting movie that definitely lived up to my expectations. I really liked though I didn't understand everything. Sometimes it went a bit quickly. Overall, I really enjoyed watching it and think it's really an original and enjoyable movie.

Remark: A movie directed by Adewale Akkinuoye-Agbaje about his own childhood. I thought it was a very good movie, definitely worth a watch!

As some of you might know, I'm a huge fan of the series Oz. Adewale Akkinuoye-Agbaje plays there the epic role of Adebisi. So when I saw his name on this DVD during our trip in the UK, I was interested immediately. I didn't buy the DVD instantly. But later on at home, it was still in my head. I finally decided to buy it on Amazon and I'm glad I did!

Remark: A comedy - romance movie, directed by Alfred Hitchcock. This was one of the movies I got for my birthday. Now, I finally watched it! This movie is about a couple who have been married for years. They quarrel a lot, but always find their way out. Suddenly they learn, that their marriage is not valid.

I liked the movie, also to see a different kind of movie that Hitchcock directed. And it was just a great story to see!

Remark: A movie that I bought recently. I hadn't heard of it before. i just saw that Gerard Depardieu starred in it and I was interested immediately. So I decided to buy the DVD. And this month I watched it! A nice movie about a lonely guy who meets an older woman and they start to bond.

Remark: A David Lynch movie that I hadn't seen yet! Especially since I watched the documentary about David Lynch this month, it was great to see this movie too.

The Elephant Man is about surgeon who rescues a heavily disfigured man. The man has been mistreated. The surgeon decides to help him.

Lars and the Real Girl

Remark: A movie with a quite unusual role for Ryan Gosling. He plays the role of Lars. Lars lives in the garden house of his brother and girlfriend and doesn't really have a social life. No wonder that his brother is very surprised when Lars announces to have a girlfriend! It turns out Lars has bought a doll online and considers her his real girlfriend.

Remark: As some of you might now, I really love the series the Handmaid's Tale. Being so addicted o this series, I was curious to see the movie too (While waiting for the next season hahaha). The story is a quite the same as the series. It takes place in the Republic of Gilead. Gilead is a very strictly religious society and is being led by a male elite. Fertility rates have dropped dramatically and the few women who are still fertile, are forced to become handmaids. They need to have children for the male elite and their wives. The handmaids are being raped by the men (called 'commanders') en then forced to give the child to them.

I did like the movie, though I still prefer the series. There's just more time an space for character development and background. I'm so addicted to the series!

Once in a Summer

Remark: A South Korean romantic movie . A DVD that I have for over a year already and now finally watched it! A romantic story about an impossible love. I thought it was a nice movie to watch.

Remark: A movie that I got for my birthday. It's been lying around and waiting to be seen! This month I chose to watch it. Nothing personal is about a woman named Anne. She decides to leave her life in the Netherlands and travel to Ireland. Planning to lead a life on her own. But n Ireland she meets a man, he offers her work and food. She decides to accept his offer, on one condition: Nothing personal will be discussed.

Remark: I LOVE Back to the Future. I really, really do! I love all 3 of the movies. I was looking around for DVDs to buy (I bought so many lately, lol) and then I stumbled on this one. I was so excited! I didn't even know this documentary existed. And I have to say: i really liked watching it.

The documentary discusses a lot: From the making of the movie and struggles that were there, the actors, the fandom, the DeLorean time machine and way more! I won't go into detail: Just have fun watching the documentary yourself. I definitely heard some things about the movies that I didn't know.

Memory: The Origins of Alien

Remark: Oh yeah! I'm on a documentary spree. I love it haha. Watching documentaries about film genres or about classic movies. I saw this movie also during on our trip in the UK. But didn't buy it just yet. (Everything had to fit in my suitcase, I had to make tough choices hahaha). Still, I also kept thinking about this movie. So this month I (finally) ordered it.

Because I love the Alien movie so much. And I was very curious to see the documentary. And I'm happy i did! It was great to see this and learn more about the movies.

Remark: Oh yes! A Stanley Kubrick movie! I think I have now only 2 movies to go before I have seen them all.  Barry Lyndon is quite a long movie (it takes over 3 hours). And I watched it on an evening that I was pretty tired (I have a puppy since a week and she doesn't like to sleep long lol. So early mornings for me!). However, I still enjoyed the movie haha! Now I can hopefully watch some more Stanley Kubrick movies soon!

I had a busy month, so again not the extensive list like Carola haha. I did order a lot of movies and my summer vacation is coming up, so I'm gonna have some more time (hopefully). Oh yes and of course still watching a lot of series. Hey ho, let's go!

Remark: I have seen this movie multiple times and it never ceases to amaze me. I love it every time I watch it. Portman, Oldman and Reno are all on their A game for this one. Especially Natalie Portman, so young and so brilliant.

Remark: This is a British indie horror movie, starring Nathan Head (among others). It tells the story of a dysfunctional circus family that lifts the term crazy to another level. 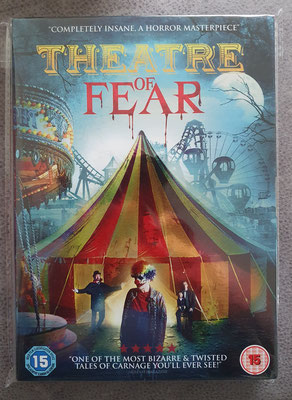 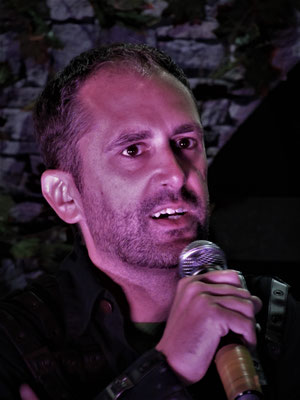 Remark: When we were in Los Angeles last year, there were big billboards of this one everywhere. I liked the first one and I love Angelina Jolie as an actress, so I really wanted to watch it. The cinematography really is a feast for the eye and I had a fun time watching it!

Remark: I rented this one, I think. I was browsing what to watch and I stumbled upon this one, read the synopsis and decided to watch. I have to say that I liked it a lot, even more than I expected. The story is about three boys skipping school to replace a broken drone. They have to get the money, get to the mall and get back all before one of the boy's father returns. Let's just say that this turns out to be no walk in the park.

Remark: I watched this remake of the 1959 classic. It was ok, but it can't measure up to the original.

Dora and the City of Lost Gold

Remark: I don't know why this gets such a low rating on IMDb, because I absolutely loved it. Sure it's about Dora and Dora is for kids, but hey "Star Wars" was also meant for kids. Dora is a teenager in this movie, but they still kept in the "awkward" moments when Dora asks the viewers to repeat something. Awesome movie!

Oh yeah! Finally a new Guy Ritchie movie. I love almost all Guy Ritchie movies (especially "Snatch", "Lock, Stock and Two Smoking Barrels" , "The Mean Machine" and "Sherlock Holmes") and "The Gentlemen" did not let me down. Awesome movie, with a great cast and that lovely Ritchie humor. Besides Matthew McConaughey, Charlie Hunnam and Colin Farrell, it was also nice to see Hugh Grant in a big role again.

Remark:  I watched the "House" movies when I was younger, but when we re-watched "House II" I was surprised that I could not remember the most of it. It was like watching it for the first time. Sure, it's not the best movie and it's a crazy story, but hey it's fun. And you gotta love Bippy the caterpuppy.

Remark: I love the "Bad Boys" movies and I also loved this one. No more words needed....Bad Boys for life!

Remark:  I think this must be the thousandth time I watched this. It was aired on Dutch TV and when McClane calls, you answer!

Remark:  What can I say? McClane called again! Yippeekayee!