The first month of the year! It's 2020 and today we're sharing with you all the movies we watched in the first month. How was your first month/ Did you get to watch many movies? We kicked off well, on the 1st of January, Liv & I went to see Star Wars: the Rise of Skywalker together. If that isn't a good start of a movie year.... 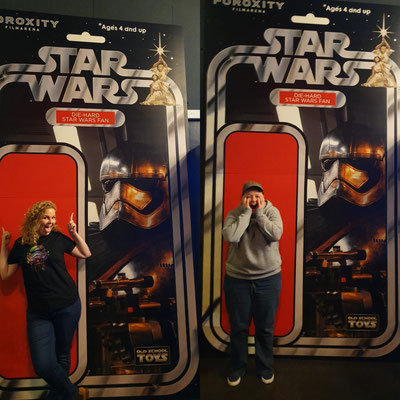 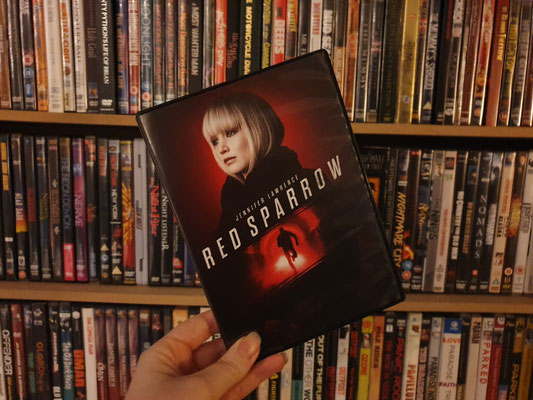 Remark: Like we mentioned in the intro of this article, Liv and I went to see Star Wars: The Rise of Skywalker in the cinema on January 1st. It was a great kick off for 2020. I liked this Star Wars movies, but I do think it has a lot of standard/ predictable elements. So it's not my favorite Star Wars. But still: I had a great time watching.

Remark: I really wanted to see this movie after watching We're Sorry We Missed You (By the same director, Ken Loach). I was impressed by that movie and wanted to see more. I, Daniel Blake is about a man who has suffered from a heart attack. After that, he gets lost in the bureaucratic system. I really loved the movie and can't wait to see more from Ken Loach!

Remark: I hadn't seen Baby Driver yet and I heard good things about it. I had thought about watching it in the plane to Los Angeles, but eventually I didn't. So it kept being on my list. Now I have the movie on DVD and decided to watch it. It's about a guy named Baby, who is a getaway driver. He meets the girl of his dreams and wants to get out of the business. But that's just not as easy as it seems.

Remark: I was super excited to watch Deerskin in the cinema. It's a movie from the same director as Rubber and I loved Rubber. Deerskin is about a man, Georges, who buys a deerskin jacket and gets obsessed with it. It's a super weird movie and I loved it! if you want to know more, check out my review on IG TV.

Remark: This movie was on my watch list for quite a long time already. In January I decided to buy the DVD and I watched it. Red Sparrow is about a ballerina who gets recruited for a Russian intelligence service. Her first mission is targeting a C.I.A. agent.

Remark: This is one of the movies I got for Christmas. A movie with Joaquin Phoenix as philosophy professor Abe. Abe has an alcohol problem and suffering from a depression. He becomes involved with a colleague and student. But then he finds his true calling..

Remark: K-PAX is a movie I watched years ago. I totally forgot about it. And suddenly I remembered it. I immediately bought the DVD, so I could watch the movie again. K-PAX is about PROT. PROT is a patent in a mental hospital who claims to be from another planet: K-PAX.

Remark: I really love watching Hitchcock movies! So I was excited to see Rebecca. And this movie was great. It's about a girl who marries a man. But their wedding is being overshadowed by the memory of his deceased wife Rebecca, who was loved by everyone and died under suspicious circumstances.

Remark: I was planning to see a Studio Ghibli movie for a while now. Now, I had the DVD of How'l's Moving Castle and I decided to watch it. I rarely watch anime, but I was excited to see this movie. And to try and watch a bit different movies than I do usually. I really like to try and 'discover' new movies, directors, genres etc. So I'm always looking for something new. I really liked Howl's Moving Castle and I read Netflix will have a lot of Studio Ghibli movies soon. So I'll be watching more!

Remark: 1917  is about two soldiers during the First World War, who need to deliver a message, that will stop 1,600 men, from walking straight into a deadly trap. But it will be a very though journey to reach them in time. I thought this was a great movie! I had heard a lot of good things about it, so I was also a bit afraid that my expectations were too high now. But I definitely loved this movie. It was great.

Remark: Another movie I watched in the cinema! Il Traditore (The Traitor) is a movie about the Mafia. It's about Tommaso Buscetta, the first mafia informant in Silicy in the 1980's. I'm not the biggest fan of mafia movies. But I thought this was a really nice movie. I liked it and the acting was great.

Remark: I bought this DVD in January. I bumped into it in the store and saw it starred Woody Harrelson and was also directed by Woody Harrelson. I think he's a great actor, and especially since our trip to LA, I don't think we'll ever forget Woody haha. So I bought the DVD and watched it that same week. The movie is about Woody Harrelson who's having a misadventure in London, which ends up in jail. Well, the movie wasn't really my cup of tea haha. Not really my sense of humor. But I'm glad I watched it!

Remark: The Florida Project is about a mother (Halley) with her six year old daughter (Moonee) living in a motel close to Disney World. It's summer holiday and  Moonee and her friends are exploring the area and being rebellious.

Remark: For me this was the second time I watched Episode IX in the cinema. I had already seen it in December 2019, but I did not mind going again on the first day of the new year, with Carola. I know there are a lot of people that have a lot of bad things to say about the movie and it was certainly not all I had hoped for, but as the director of the one that ends the saga: it is impossible to do it right for everyone. I think that they tried too hard to satisfy all of us, instead of staying true to the Anakin story. But nonetheless I certainly enjoyed myself massively and for me it's OK like this.

Remark: Anna can be seen as the feminine John Wick. She is smart, ruthless and incredibly good with her fists and a gun. Although my preference goes out to John Wick, I did enjoy watching "Anna".

Remark: We watched this one at our friends' home. While surfing channels we stumbled upon "Baywatch" and decided to watch it. While I was younger I always used to watch the series (as did the rest of the world) and I must say the movie was not as bad as I thought it would be. Sure it's kind of corny and very predictable, but sometimes that is all you need to enjoy your evening.

Remark: Later this month (February) we are going to Brussels for Comic Con Brussels and Sean Astin will be a guest. I already met him twice and he is just such a nice guy. He was in some of my favorite franchises and movies, like: "The Goonies", "The Lord of the Rings" franchise and "Stranger Things". I had hear a lot of good things about "Rudy", but I had never seen it before. While I was browsing Netflix I stumbled upon it and decided to watch it.

Remark: Watched this one in the cinema after hearing nothing but good things about it. Well, the rumours were true: "1917" is an amazing movie!

Remark: After our meeting with Elijah Wood in LA and the announcement that he'll be a guest at Comic Con Liverpool 2020, I expanded my Elijah Wood DVD collection. "Day Zero" was one of the movies I ordered online and a nice bonus is that Chris Klein is also in this movie.Chris will be a guest in Liverpool too!

Remark: Like I said, I never get tired of "American Pie".

Remark: I won tickets for this movie by entering a competition from Linda Magazine. Yay! I decided to go and watch it with my brother.It's very over the top, predictable and in my opinion not as entertaining as the ones starring Diaz, Liu and Barrymore....but it's worth more than a 4. Just grab a big bowl of popcorn and don't overthink everything!

Remark: I had this movie in my collection for a while now, but never got to watching it. Giancarlo Esposito will be a guest at Comic Con Brussels (we already met him once at Dutch Comic Con) and I was browsing through his movies. When I saw that he had a supporting role in "Money Monster", I decided to take this chance to finally watch it.