Movies we watched in April

Just like in March... We've been spending a lot of time at home! For me, that means more movie marathons! So I watched quite a lot of movies again. Let's take a look! 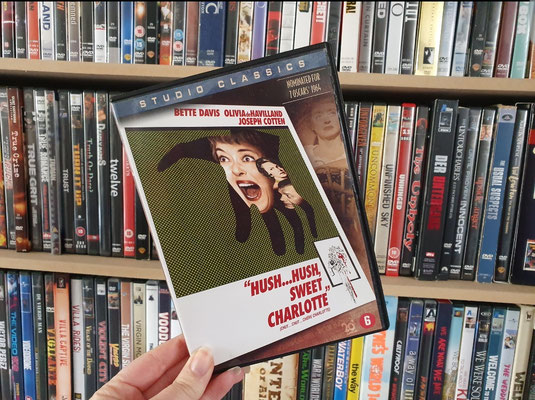 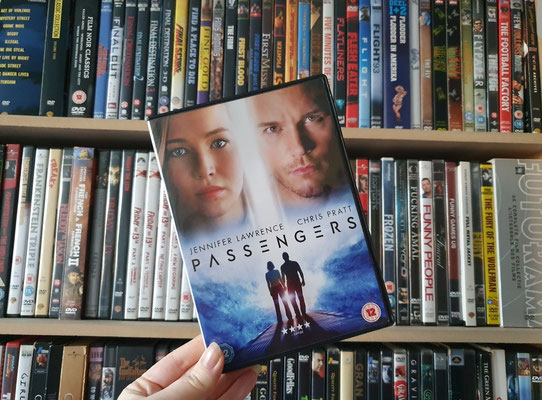 Remark: This is also a movie I bought during our trip to the UK in February/ March. I knew the movie, but hadn't seen it yet. It's a movie with Johnny Depp in the leading role.

He is a scientist working on Artificial Intelligence. At a certain moment, his consciousness is uploaded into an AI program.

Remark: One of the movies I watched on a Saturday movie marathon! It's about Ali, a Moroccan migrant who gets into a relationship with a German woman who's in her mid-sixties. People around them disapprove, but they don't care and decide to get married.

Remark: This movie follows one couple during 4 seasons. So we see a year of they live and how their relationship is with their family and friends.

I liked this movie, it's really about this couple and how that year looks for them. We see friends visiting, family coming by. Talking about their problems, happy moments etc. An all round image of year in their life!

Remark: Another movie I bought during our recent trip to the UK. I remember the times that this movie was in the cinema. I heard mixed reviews back then. The most common thing I heard that it had too much focus on the romantic story.

I was still curious to see this one and was happy to buy the DVD. And I get the comments, yeah there is a focus on the romantic part of the movie. I still thought it was entertaining. Though there were just a few thing not logical to me/ not adding up. Some were explained along the movie. Overall, I thought it was nice movie!

Remark: I have seen the first 2 Rambo movies, but watching more was always on my list. Now I decided to watch part 3. And yeah, it was okay. But I also have to admit: I'm just not the biggest Rambo fan!

Remark: Another UK movie. Yeah I bought a lot of movies during our trip haha. The Martian is about an astronaut (Matt Damon) who becomes stranded on Mars. He team thinks he's dead and his on his own to find a way to survive.

Remark: A movie from Alfred Hitchcock, but a little bit different than the ones I've seen so far. In this movie, a few survivors of a torpedoed merchant ship in World War II are in a lifeboat together. Along the way, the find a man who was in the U-boat that sunk their ship.

I thought this was a great movie. It's all happening in the lifeboat, but there's a lot of tension and great acting! I liked seeing this movie.

Remark: Dae-Su was kidnapped for 15 years. When he returns, he needs to find his captor in five days.

Never Take Candy From a Stranger

Remark: If you hear the title Never Take Candy From A Stranger, you can probably guess what's this movie is about. It's about a pedophile who lures children with candy. But in this case, the man is a part of the town's most powerful family.

It's a strong movie about a subject I haven't seen a lot of movies about. I thought the movie was very impressive. There's a lot tension. But you also feel disbelief about hoe everything goes.

Remark: Another Bette Davis movie! Ever since I watched What Ever Happened With Baby Jane last month, I can't wait to see more Bette Davis movies. On Instagram, I asked for recommendations and based on that, I bought this DVD.

Bette Davis plays Charlotte, a woman who's frustrated by the county that wants to tear down her house to build a highway. She calls in the help of friends and family.

Remark: A movie that I own already for a long time and I forgot I even had it. When I was looking at some DVDs on the shelves again, I saw this movie and decided to watch it. It's about Cynthia, a poor woman living her with adult daughter. They're struggling. Suddenly she receives a phone call of a woman, Hortense,  who claims to be her daughter. When they meet Cynthia, Hortense turns out to be black woman. Cynthia, a white woman, assumes this is all a mistake. But she's wrong..

Remark: The Seventh Seal is a movie about man who's looking for answers about life, death and the existence   of God. Meanwhile, he plays chess with the Grim Reaper. This is all taking place during the Black Plague.

Remark: Recently I posted on Instagram how much I love Robin Williams movies! And I asked for some tips for movie to (re)watch. One of the recommendations was the Birdcage. I decided to buy the DVD and watch it.

The Birdcage is about Armand (Robin Williams). He's gay and owns a club. One day, his son asks him to pretend he's not gay and to give the house a make over because his fiancees parents are coming to meet him.

Remark: In Absurd, a man with supernatural abilities escapes from a medical lab and goes on a killing spree.

Definitely a movie with memorable kills!

Remark: A movie that I watched on Vitamine Cineville. In this movie, Richard Billingham is creating an image of his own childhood in a flat outside of Birmingham where he and his brother were raised.

Remark: This is a movie I also had on DVD already for a while. Now I decided to watch it. It's movie showing the life of Mandela's journey. Mandela is here played by Idris Elba. I think Idris is a great actor, so I was excited to see the movie!

Since we are in quarantine for quite some weeks now, you would think my list would be more extensive...But I have been watching a lot of series too. Here is my list of movies watched in April.

Remark: This movie is based on the true story of Israeli adventurer Yossi Ghinsberg (Daniel Radcliffe). In 1981, he and some other travel friends join an expedition with an experienced guide into the Bolivian rain forest, in search for an isolated tribe. They soon find out that the jungle is not as hospitable as they thought...I loved Daniel Radcliffe in his role as Yossi.

Remark: I was searching for this one for a long time. I love 80s movies and this is one of my favorites. I just love the chemistry between Richard Dreyfuss and Emilio Estevez. I still have to re-watch the second one, because this is a double pack I bought on our latest England Trip.

Remark: Another one of the Pathé Thuis movies. I absolutely loved this one. I had honestly never heard of it before, but it's great. A true feel good (road) movie, with a great soundtrack!

Remark: During the month of April Pathé Thuis (online rental of movies) did something special. Because of the Corona Crisis, they had one free movie a day and the first movie available was this one. I love Sylvester Stallone in his role as John Rambo and "First Blood" was a very good movie. Last Blood is not nearly as good as the first Rambo, but it is a nice watch if you are a fan of the Rambo franchise.

Remark: Like I said, I love 80s movies and when those 80s movies star Tom Hanks, it is double the fun! Tom Hanks is one of my all time favorite actors and I have been watching a lot of his old stuff over the last months. In "Turner & Hooch", Hanks plays the role of Scott Turner, a germaphobic police detective. He is just days away from moving to the big city and can't wait to get his hands on some serious cases instead of the misdemeanors in his local town. When Amos Reed is killed, the only witness is Reed's dog Hooch. Guess who gets to keep him safe?

Remark: And another one of the Pathé Thuis movies. It's a standard love story, but sometimes that is just enough to make it through a rainy afternoon.

Remark: I wanted to see this one, because I am a fan of Bill Murray and his movies. It's about a small town that gets overrun by zombies. The movie also stars Adam Driver and Tilda Swinton and especially Swinton is awesome in her role.

Birds of Prey: And the Fantabulous Emancipation of One Harley Quinn

Remark: I'm sure there are a lot of people, who think this movie is rubbish, just like they said about "Suicide Squad", but I like it! I have just two words for you: Margot Robbie!

Remark: "Flodder" is a Dutch movie and TV franchise, revolving around the a-social and slightly shady Flodder family living in an upper class neighborhood. Not as funny as the first two movies, but still ok.

Remark: Awesome movie! Can't believe I did not watch this one before. It's in my DVD collection for quite some time now, but never watched it. Until now and it most certainly will not be the last time I watched it.

Remark: Just an OK movie, starring Jason Momoa. Standard story, a lot of action and not to complicated...popcornmovie!

Remark: The "Toy Story" franchise is one of my favorite franchises ever, so I decided to do a re-watch of the first three movies. In this first one we first get to know Andy's toys, who come to life when no one is watching. Cowboy Woody is Andy's favorite toy, but he gets worried and jealous when a new toy enters the house. This new toy on the block is the popular space ranger Buzz Lightyear.

Remark: Andy's toys get on a new adventure, when Woody is kidnapped by a bad man that runs a Toy Store. He steals Woody to complete his Round Up Collection and sell it to a Japanese museum for a lot of money. Will Buzz and the gang be in time to save Woody?

Remark: Andy is all grown up and leaving for college. When he cleans out his room, he prepares his old toys for a trip up the attic, but they are mistakenly delivered to a daycare centre. At first this seems like a dream come true, but soon they find out that the dream is really a nightmare. It won't be long until I watch the fourth installment that came out last year. You can say that "Toy Story" has a friend in me!

Remark: Another Pathé Thuis movie. Reese Witherspoon stars as a recentle seperated daughter of a famous movie director. She movies back to her late father's house in LA. Then she meets three young filmmakers, desperately looking for a place to live, waiting for a movie deal. Just ok.

Remark: Brand new Netflix Original movie, starring Chris Hemsworth. The movie kept on popping up when I opened Netflix and I really like Hemsworth as an actor, so I decided to give it a go. It was pretty good.

Remark: Movie about a couple that moves into a new house, outside of the city. At one point they discover a room that gives the person in it what they wish for. At first this is a reason to party, but soon they find out that there is a dark side to all of this....