WHOOP WHOOP. We went to Heroes Made in Asia and we really had an amazing time. Excited is an understatement! There was a lot to do and everyone was amazing! We met so many great people. 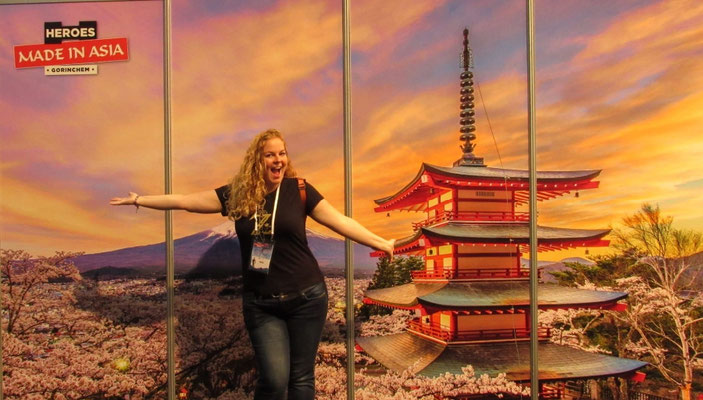 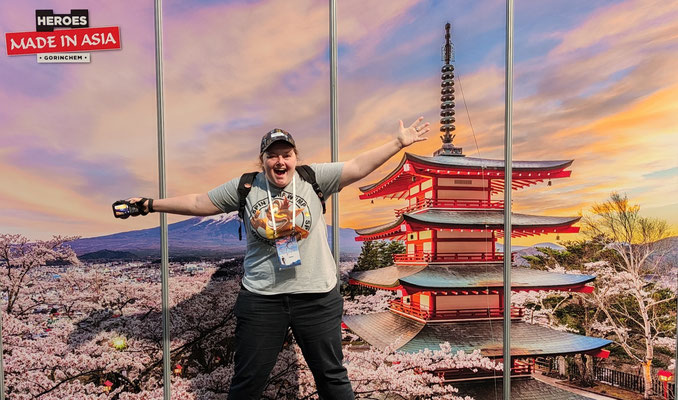 Heroes Made in Asia

This event took place on October 16th and 17th in Gorinchem, the Netherlands. If you love Asian popculture, Heroes Made in Asia is for you! Wonder what you can expect at Heroes Made in Asia? Manga, Anime, Asian food, gaming, YouTubers, voice actors, cosplayers, artists and much more! There were workshops, boardgames and videogames to play and tournaments to enter! And we were definitely excited to see an Asian Market with a lot of merchandise and food! So let's have a look at our day at Heroes Made in Asia!

Going to Heroes Made in Asia

Okay, we didn't visit any events for a long time (of course due to Covid-19). Now, Heroes Made in Asia was our first event again. Imagine our excitement! Seriously, excited is an understatement. We were SO EXCITED. FInally we went to an event again. So we were pretty hyped up from the beginning. We started by walking around, drinking coffee and checking the schedules. We only had one day..  time to set priorities!! There was so much to see.. and so much to do... We loved the agenda.

We knew we wanted to see the Q&A of Veronica Taylor. So that's set. And we wanted to look at merchandise.. And eat of course.. haha! We loved the different workshops that were held. The traditional Japanese tea ceremony sounded awesome (but unfortunately we were too late to register). We also loved the Japanese lesson and more! In the morning we decided to register already for the Japanese lesson. (I'm glad we did because the workshops were full pretty quickly).

So, we had a few things set in our agenda, and excited to go on this adventure. Let's have a look at all the things we did!

In the morning we registered for a Japanese lesson. I am not very good at learning languages, but I do love it. And I'm very interested to learn Japanese. In the afternoon, we went for the lesson and it was great! It was really hard, but we loved the lesson. It was full of enthusiasm! The teachers were very kind and excited and involved everyone in the lesson. It was very interactive and we learned so much! I would definitely love to learn more Japanese.

We also attended the Q&A of Veronica Taylor. Veronica is an American voice actress who has brought many characters in kids shows and anime to life. She is very well known for being the voice of Ash Ketchum, in the Pokémon series. Ash Ketchum is a ten year old boy who only has one goal: He's Gotta Catch ‘Em All! His dream is to catch every Pokémon out there and be the best Pokémon trainer in the world.

It was great to attend the panel. Veronica was really nice and was enthusiastic to answer all questions. We loved hearing more about her experience as being the voice of Ash Ketchum. 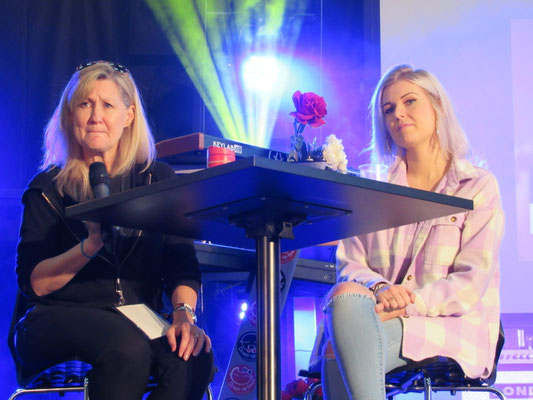 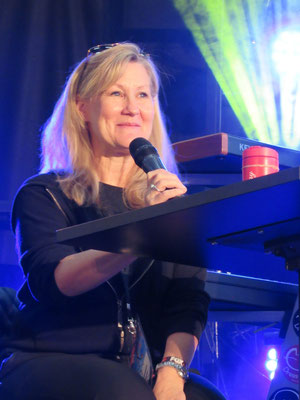 Food at Heroes Made in Asia

People who know us a bit longer already know that next too 'excited is an understatement' we have another motto. Which is.... "We can always eat!" Oh yeahhh we definitely love food! (And that is an understatement!). So we were enthusiastic about the Asian food market and I can say.. we tried out as much as possible hahahahaha. And we loved it!! (As you can see on the pictures ;).

There was a lot of merchandise to buy at Heroes Made in Asia and we loved that! We walked around a lot and bought so much!! Below you can see an impression of some things we bought that day! I am so excited that I saw the Throw Throw Burrito extreme outdoor edition. I think this will be so much fun! I really can't wait to start playing this game. And yeah, I will definitely make sure to catch that on video, so you all can see it too ;).

Next to that, I'm pretty excited to have bought an Animal Crossing puzzle, that will keep me busy for a while this upcoming winter! And of course..... bubble tea! Okay, I might have been living under a rock the past few... months?... years?.... cause I never had bubble tea before! I was so exited to see the booth of Infinitea Teabar. We stopped by and had a prety long conversation with the people from Infinitea Teabar. They were so kind and we learned so much about bubble tea. And now, I'm so excited about it! I bought a can of bubble tea and a bubble tea kit. I drank the can at home and definitely loved it! Now soon, I will try the kit as well and make some bubble tea. Excited is an understatement. And oh yeahhhh, we will definitely catch that on video too!

There was so much to buy and see at Heroes Made in Asia. We bought some delicious fudge and I am also very happy with my metal plate of Freddy Krueger. That will definitely get a nice spot at home!