The Big Bang Theory: Diary of a Noob 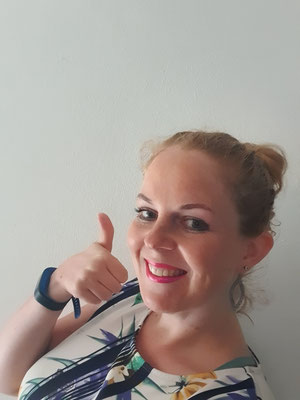 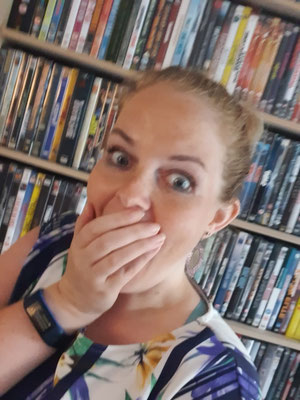 I started to watch "The Big Bang Theory" last week. And (I say this without shame), I'm now at season 2, episode 5. I'm loving it! But since everyone has watched this already, I need a place where I can share my giggles, thoughts and opinions. So well yeah, this is the place! As from now , I will write down my thoughts every week or so. And I hope you'll enjoy it.

The idea for this article popped up in my head today. Just now actually. While I was watching episode 5. Sheldon and Penny are in the car. Penny is bringing Sheldon to work (Leonard couldn't do it). And while driving, Sheldon sees that the engine light is on in the car. Penny doesn't care: She has been driving like this for a month already. Sheldon panicks a and tries to tell her: The engine light, means you should check the engine!!! Oooooh I recognize this soooo much. I'm such a Sheldon when it comes to this subject. I TOTALLY freak out when I see a warning light in my car. Even when people say you can still drive, I want to get out immediately and won't drive again until it's solved. Oh it's so nice to see this!

Ooooh same episode, still so much recognition. I totally love Sheldon's discussion on the car license theory. He has some concerns about the questions. There's this question "How many car lengths should you leave in front of you while driving? ". Sheldon argues, that you don't know the length of a car. It can vary. Yeah, that would totally be something I would think too. Even though I do have my drivers license, I wondered similar things with the theory questions as well. (Same goes for pub quizzes). When there's more than one interpretation possible, I start wandering off thinking of all the possibilities (would they mean this or that? Should I see it this way... Or did they mean something else...?). Hahaha.

Oh no, I forgot my flash drive

Fast forward to episode 17 of season 2. The guys are in the train. they're headed to San Francisco. Summer Glau is also on the train. Then Sheldon discovers that he forgot his flash drive and he says 'We need to go back!'. Haha this reminds me of how important it is for Liv & me to not forget anything when we go to comic con. Sometimes I actually dream about it. I'm at comic con without a camera of phone.. Seriously! And it reminds me of CCXP Cologne when Liv forgot the extra batteries for her camera. If we would have had enough time to go back, we would have done it. I can totally recognize the way Sheldon keeps repeating "you forgot your flash drive" to himself. It so annoying when you forget something that you sometimes just can't get out of it. And the way Sheldon does not give up entirely, and keeps thinking of ways to sill get his flash drive.. Love it haha!

Setting up a business

Next episode: Penny is setting up a business. She hopes she'll be able to stop being a waitress one day by selling the 'penny blossoms' she makes. When Sheldon looks at how much of them she can make and the profit, he quickly destroys her dream. She won't be making enough money. I really had to laugh so hard. Especially when Sheldon says he is a physicist and therefore knows everything in the universe. I love Penny's answer: "Who is Radiohead?'.

After that, Penny asks Sheldon to help her. And they start trying to set up her business together. I love seeing how they work on optimizing all the processes and productivity. It's awesome. Then, the other guys get enthusiastic as well and it's so much fun to see them all think about her business and giving advice. It's going from something easy (making a Penny blossom and selling it to people she knows) to super complex: Optimizing manufacturing processes, sales funnels, websites, marketing, expanding the market and more. I love how they come up with a hair barret with bluetooth hahaha. I totally loved this episode.

Ooooooh this episode! Episode 20 of season 2. They're in the comic book store. Penny needs some comic books (comic books!!) and they all go to the store. There, we see how Howard and Sheldon are going through comics, one by one. Repeating 'got it', 'got it', 'got it'. Just trying to find something they don't have. This reminds me SO MUCH of game fairs, dvd shops, game shops and flea markets we visit. Liv and I walk & talk (and drink coffee!). And the guys go through every DVD or game that's there. I literally paused "The Big Bang Theory", to write this down instantly! I had to write this down.

Much more to come!

Luckily for me, there's much more to come. I'm watching as quick as I can... And I will definitely keep you updated.