We went to Weekend of Hell! Weeks ago, I already realized that they had a great guest list. I hadn't been to Weekend of Hell in Dortmund before but interest grew. As the great names kept being announced, we decided to go. I wanted to find out what the convention had to offer, besides big guest names. The weeks following up to the convention were good. Communication was clear on the website and social media. A schedule was shared way before the convention. A floor plan as well. That was great for preparations! And instead of cancellations, WOH spontaneously announced another guest the week before the convention. Very promising and I was happy to go!

On Saturday morning, Sig and I left early for the Weekend of Hell. We were in the car at 7.30 and drove to Dortmund! The trip went very smooth. Before 10 o'clock, were already arrived in Dortmund. Parking was easy. We stepped out of the car and saw a huge queue. Well, I guess Weekend of Hell is popular ;). The first queue was a general one. We didn't have to wait very long. Soon our bags were checked. I asked around what I should do as press, but they didn't really seemed to know. So I just joined Sigmund in the queue. In the end, it took me a bit longer than Sigmund to get in. But once I got my press pass I was in very quickly. Let the fun begin! 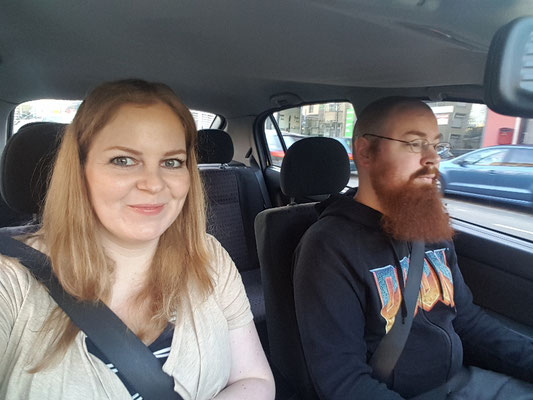 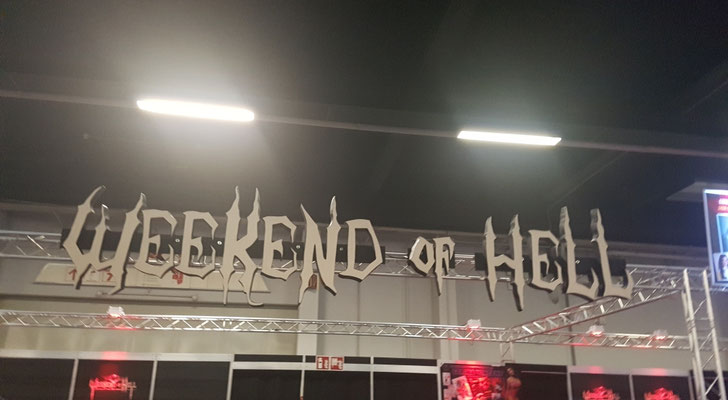 All the guests were there, except for Tom Sizemore. As soon as Weekend of Hell knew he wasn't on his plane, they communicated it. I was impressed that all the other guests were there. No cancellations. Just a lot of big names. Because I got in a little later then Sigmund, he had already checked out  some of the DVD stands. When I got in it was almost time for Dario Argento's panel, so we started there.

The panels at Weekend of Hell were held next to  the merchandise and restaurant. It had its pros and cons. It was easy to access, even when all the seats were taken, you could easily check out the panel from the side or from the restaurant. Lots of people did that. But it did give some noise. And halfway the seats there was a path. And even during a panel people would walk there. I found it annoying to sit on that part. Because you keep seeing a lot of people walk by, while you're trying to listen to the panel. The lighting was excellent, that was great for the panels. 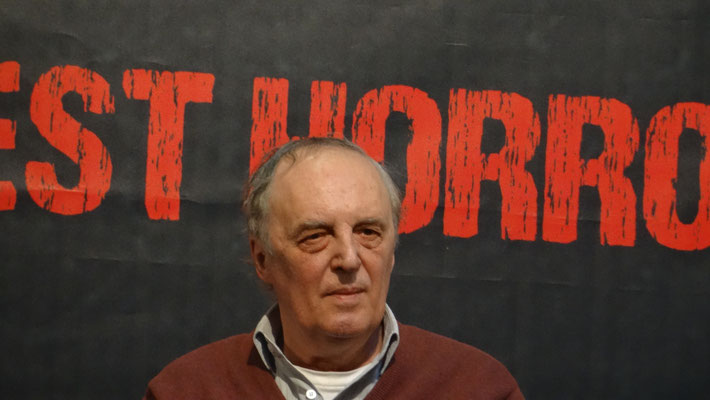 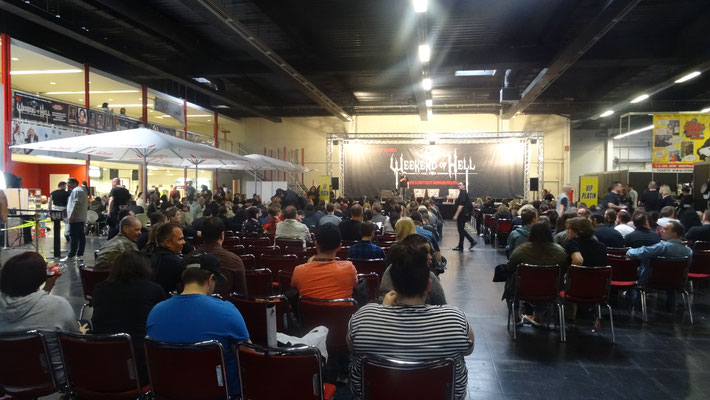 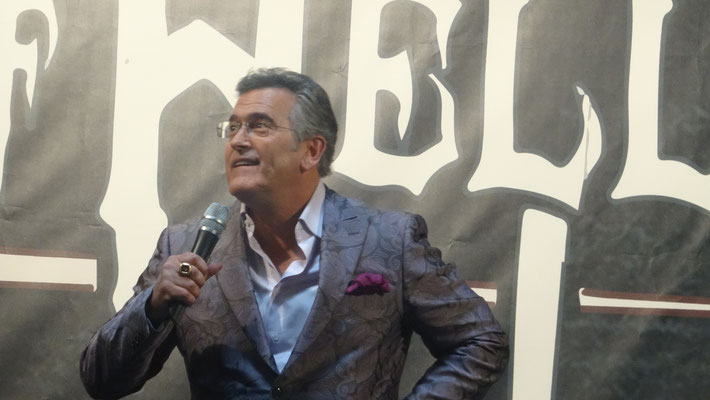 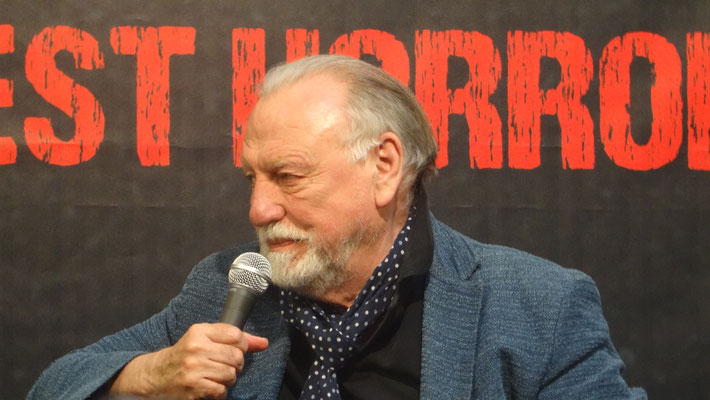 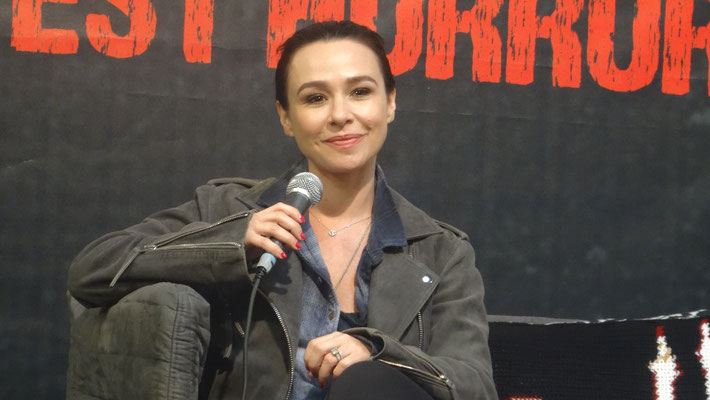 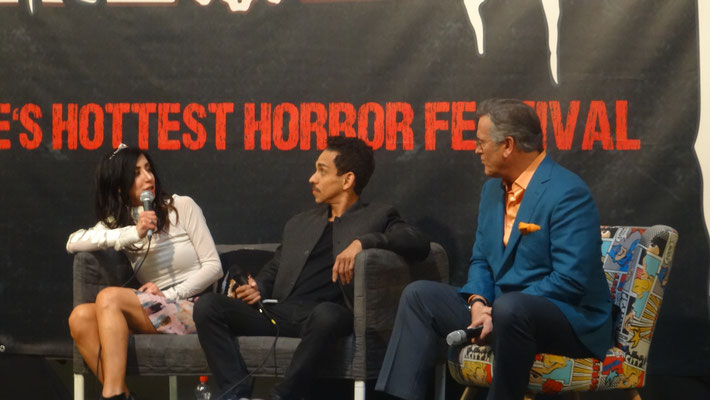 I liked the DVD area at Weekend of Hell. Luckily for us, we were also able to find some English DVDs :).It's nice to look around through all the DVDs and there was a lot of choice. Having a separate DVD area is awesome!  There were a lot of stands. And it was great to look through all these DVDs! And we've bought so much! We found some nice movies and I'm looking forward to watch them all. We bought a lot at Zeno Pictures. It's always nice to see them there!

The merchandise area was nice as well. Not huge, but enough to keep me busy. There was enough variation, t-shirts, funko pops, games, dvds & blurays, jewelry, bags, figurines and I can keep going on. There was so much to see & buy. I liked how the merchandise space was set up: Enough room to look around. But there wasn't any 'lost space'. It was a joy to see all the stands. All the sellers were very nice and seemed to enjoy being at Weekend of Hell as well. 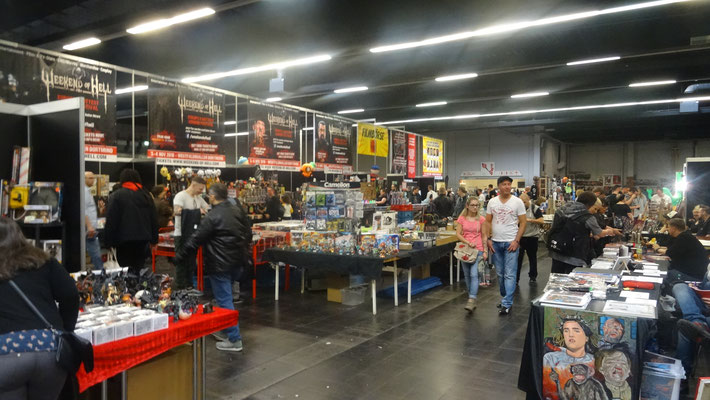 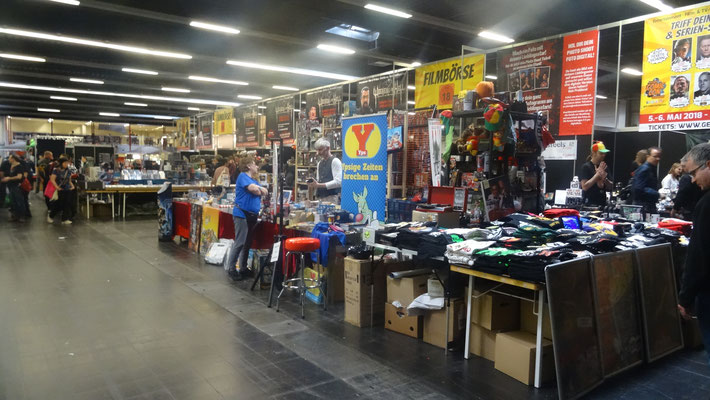 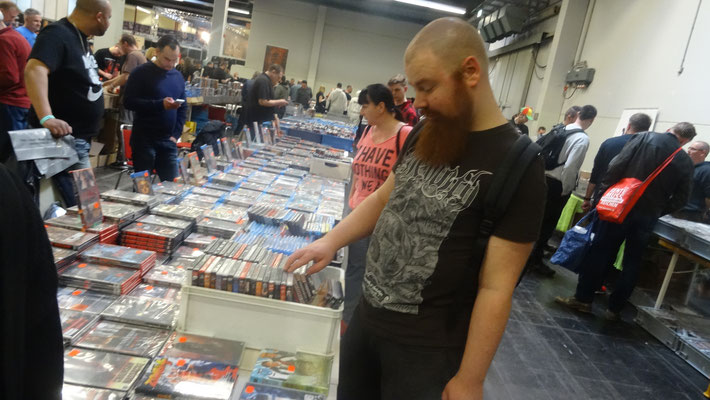 Before going to Weekend of hell, I already bought a photo op for Neve Campbell. Other than that photo op, I had no idea yet of what I wanted to do. On Saturday, I just did my photo op with Neve. Of course I was doubting too much to do anything else haha. I wanted to a photo op with Lochlyn Munro, but his photo op was too close to Bruce Campbell's panel.

The photo op with Neve went well. The queue was quite long. But everything went very fast and smoothly. It was clear what to do and where to wait. Neve was great. After the photo op, I instantly received the photo. I just had to wait a minute or so. Everything was arranged very well.

The autograph area at Weekend of Hell was very spacious. It was easy to see the actors and find the right queue. Everything was very clear. And I liked that you could make some pictures in the autograph area as well.  A few actors were sitting & signing. Most of them were standing. The only disadvantage would be that the setting was really built for queues. Mainly for the actors who were standing behind a desk it wasn't really easy to just walk by and have a chat spontaneously. You walk by from a distance. So you really have to make the decision to go over there. The tables with actors who were sitting was closer by the walking area.

The prices for autographs & selfies were stated clear. All the actors at Weekend of Hell were at the signing table a lot. So there was a lot of opportunity to get an autograph. I went to get 2 selfies: With Lochlyn Munro and Julie Benz. That was awesome! All the actors were very kind and easy to talk to. I liked it that selfies were possible for a lot of the actors. All together: Great guest list, photo op went very well and the autograph area was nice! 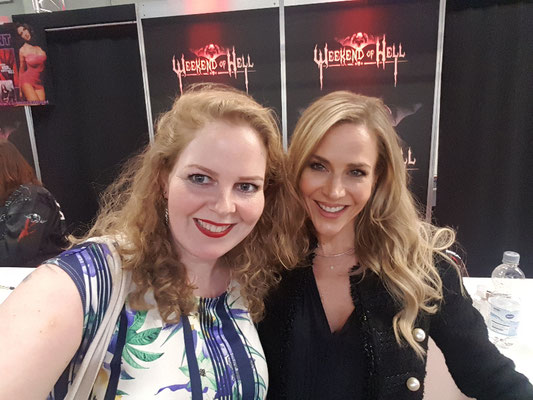 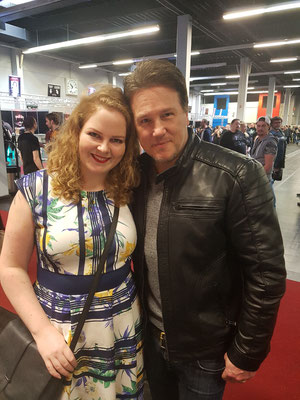 There was more! Weekend of Hell also invited fan groups/cosplay groups. Which was great! There were Ghostbusters, Fright Guys and others!  There were also props to take pictures with, that's always very nice! Weekend of Hell had a great atmosphere and there was something to do, see and enjoy for everyone! I haven't been bored for a minuet and absolutely had a great time. The organization did an awesome job in setting this convention up. Very professional and a lot of variety in things to do at the con. And not to forget: An incredible guest list. Weekend of Hell is definitely one of my favorites cons now! What are your thoughts? Let us know in the comments! 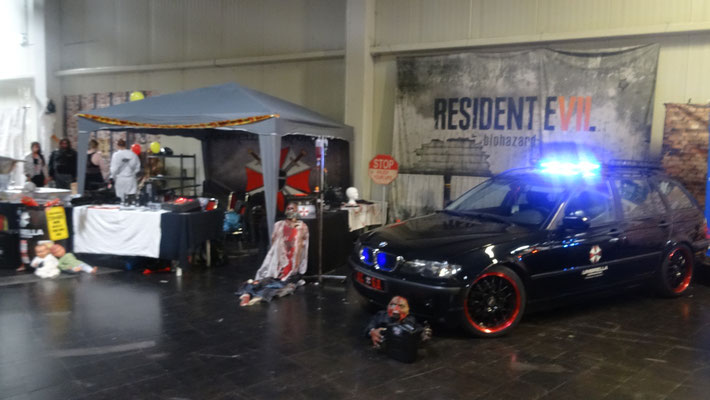 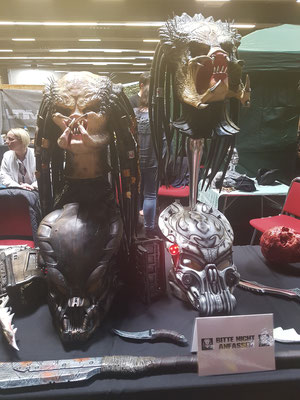 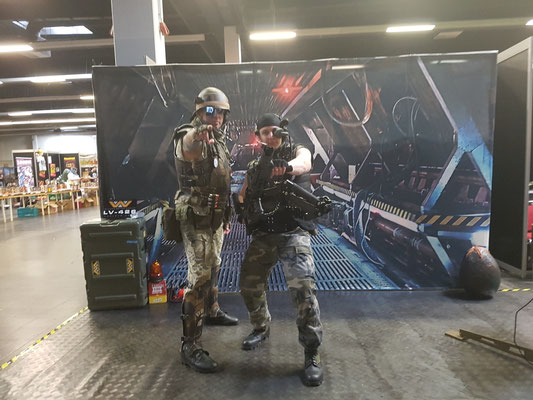 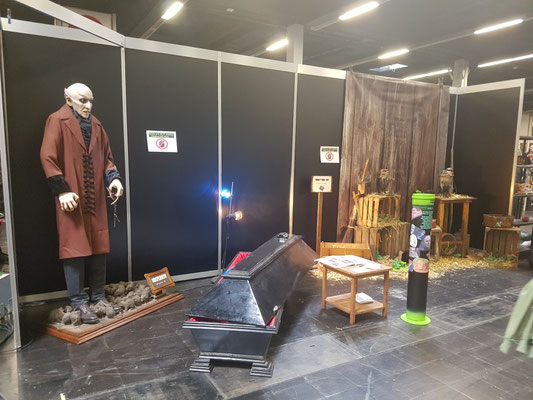 Want to see more of Weekend of Hell? Check out my vlog below!