See you at HOH or DCC?

Yeah! We have 2 cons planned very soon! This weekend (November 11th and 12th) we'll visit House of Horrors in Oberhausen. The weekend after that, we'll be at Dutch Comic Con on Saturday! We're excited to go to a few cons again! We did visit some other cons lately. Liv and Tristan visited FACTS and Sig and I went to New York Comic Con.  Finally, all 4 of us will be at a con together again: House of Horrors. Dutch Comic Con will just be Liv & me. 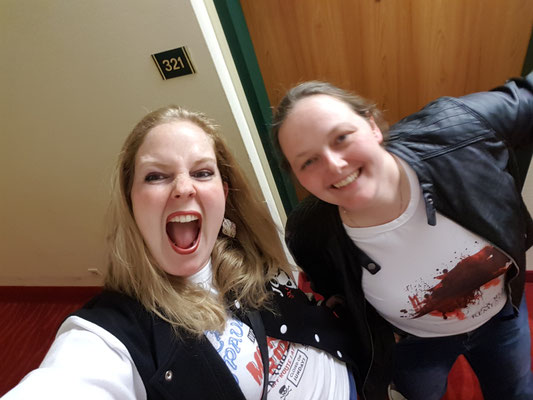 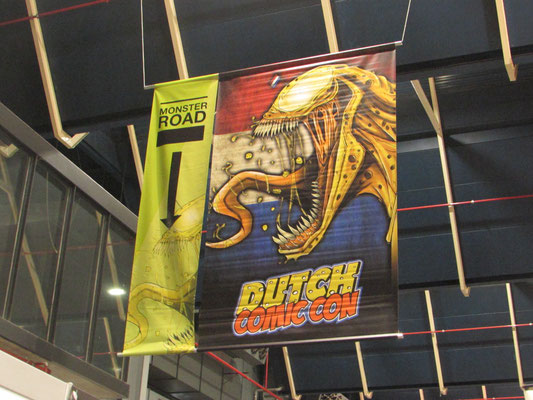 House of Horrors is being held in the Turbinenhalle in Oberhausen, Germany! It's a horror con and we're looking forward to it a lot.  I love horror cons! I'm expecting (hoping), so see some nice booths with shirts & DVDs. And of course also to meet some awesome guests and attend great panels!  They have a announced a lot of guests. A few cancelled unfortunately. But there are still a lot of guests left. I'm really looking forward to meet Verne Troyer (Austin Powers), Elizabeth Blackmore (Evil Dead, the Vampire Diaries) (Update: I heard both weren't there today :(  ) and Lou Taylor Pucci (Evil Dead, the Music Never Stopped)! But there are many more interesting guests from for example Dawn of the Dead, Children of the Corn, Friday the 13th, Mad Max 2 and more!

I'm not sure yet which photo ops/ autographs I want to do. I'll just decide on the spot. And of course we'll keep you posted ;). Are you also going to House of Horrors? Let us know! What are you looking forward too?

I have to admit that I wasn't planning on visiting Dutch Comic Con. I already went to DCC earlier this year. And with our visits to NYCC and House of Horrors, I had decided this would be enough. But then. Then they announced Lena Headey as a guest. Lena. Headry. Okay, that's just too much. As a big Game of Thrones fan, I have to go know. I called Liv all screaming and happy. And we decided to go. DCC ha a nice guest list! Quite many guests I'd love to see. I'm looking forward to meeting Lena of course. But also  Jared Gilmore and Keegan Connor Tracy, both from Once Upon A Time! The recently announced Sean Gunn as well. Also a great guest!

And I love DCC because there's always so much to do. We'll be there on Saturday and I'm sure we won't have time enough to do everything. But I'm happy we're going. Even is it's one day.  I also read that there will be a Walking Dead house at Dutch Comic Con. Curious to see what that is! I certainly can't wait to find out. Who else is going?