The Hollywood Walk of Fame.... Who hasn't heard of it? When I think of Hollywood.. I think of the Walk of Fame. I've seen so many videos and photos of celebrities getting a star there or getting hand and footprints at the Walk of Fame. Something I really wanted to see one day! Before actually going to Hollywood, I did some research. And boy, that put me with both feet on the ground again. According to what I read, there was nothing magical, even nothing special anymore about the Walk of Fame. It's just a street with lots of tourists and lots of homeless people. Basically the message was: Don't get your hopes up. Don't be too enthusiastic. It's just a street. Well.. that's a way to kill the excitement. Nevertheless, I adjusted my expectations. Regular Hollywood street, here we come!

When we arrived in Los Angeles, it was evening and we had traveled for over 20 hours. So that day we didn't do a lot anymore! We had some dinner, drinks and decided to go sleeping. For the second day, we didn't make a lot of plans. We just wanted to explore the area. I woke up super early (4 AM) due to the jetlag. I've never been so early in McDonalds for a breakfast and coffee. As soon as it was a little bit later (like, the time that usually people get up), we went to Hollywood! We wanted to explore the area and just walk around. We went by public transport and got out at Hollywood/ Vine Station. We had no idea what we wanted to see or do that day. We got out and soon we already saw some stars in the street! It was still very early and there were not a lot of people on the streets yet. Indeed, it seemed like just a regular street and we didn't see too many familiar names yet. But still, we were happy! Here we were, in Hollywood. At the Walk of Fame! The first  familiar names we saw were the ones of Frank Sinatra, Jennifer Aniston and Martin Sheen! 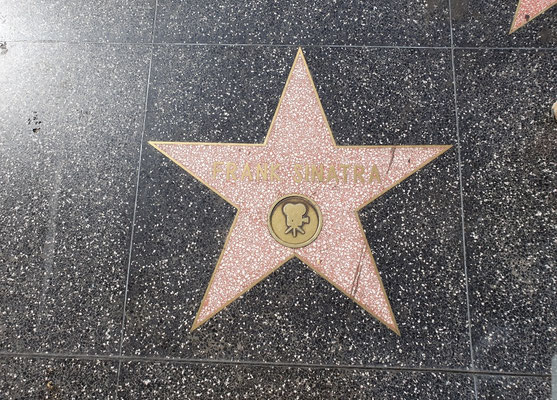 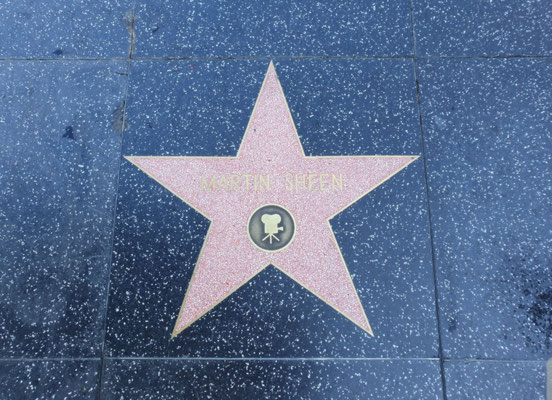 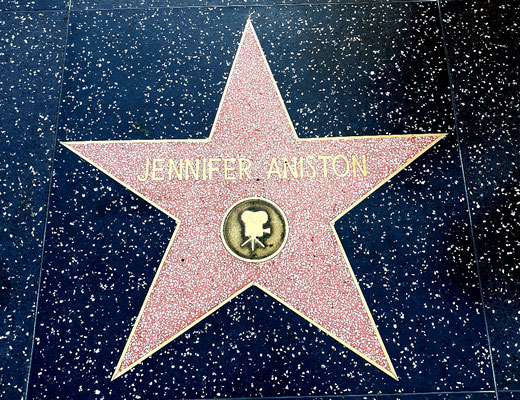 After having getting a drink from the supermarket (I drank half a liter of ice coffee haha, big thirst = big coffee!), we went to the Amoeba music store in Hollywood. We looked around and bought some great things. I had been to an Amoeba music store before (in San Francisco) and I knew they also have a lot of DVDs and merch. But... the shop was closed! It would open at 11 AM and it was sill around 9.30 or 10 AM. We decided to walk around a bit more. When we walked more towards Hollywood Highland, things started to become more interesting. Until Amoeba opened and after visiting the store, we explored the neighborhood a little bit more. And I have to say: I really liked it. Of course I get what people mean: It's a street. With a lot of stars in it. Sure. But still, being in Hollywood and especially in the more busy part where you can also find Madame Tussauds, TLC Chinese Theater and the Hardrock Cafe, it's really nice. We enjoyed walking around looking at all the stars, seeing who we know and don't know. And I also really like seeing other tourists walking around being enthusiastic about finding their favorite star. When people are so excited and they're making a pictures I love just taking a peek to see which star they're so happy about. It's fun!

While walking around, we also saw the TLC Chinese Theater. With all the hand and footprints. We loved it! So many familiar names! It was great to see all of it and read the messages they wrote. And just to discover who had their hand/ feet prints at the Chinese Theater. We had a lot of fun (Excited is an Understatement) looking around and making way too much photos. Luckily that way we can show you now as well what we saw!

Ater all this, we had a drink at the Hard Rock Cafe and spent the evening at the Universal City Walk. For a first day of exploring this was great, we just had a great time haha. Running around seeing all the stars and hand and footprints. I loved it. And we were sure we wanted to come back here!

Coming back to the Walk of Fame

And we did return! On one of our last days in Los Angeles, we decided to spend another day in Hollywood. In the morning, we went to to the OUE Skyspace (in Los Angeles Down Town) and we even went into the glass slide there! After all this excitement, we had a pretty busy schedule for that day. We wanted to visit the Hollywood museum, Madame Tussauds Hollywood, walk around some more on the Walk of Fame and have dinner at the Hard Rock Cafe (I always enjoy going to the Hard Rock Cafe. Love their Nachos and Mac & Cheese). I loved being back at the Walk of Fame again. I hadn't seen all the stars and hand/ foot prints the first time, so there was still enough to explore. Again, I can imagine the criticism some people have, seeing that it's just a street and that it's packed with tourists. It is. It's a few streets even. Some relatively quiet streets. It looks quite normal except for the stars in the street, And some are in the street with a lot of shops and tourist attractions. But I like that, though I have to say that I mainly liked the dynamics during the day. Then was nice and busy. Lots of people taking pictures. And I just like running around and exploring. Always curious to see the next star and to see who I know. And it isn't always maintained well. Some stars are broken, or street is quite dirty. We saw that too. Still taking all that into account, I wouldn't have wanted to miss this. Just because we can, we'll show you some pictures we made that second day on the Walk of Fame!