Whoop whoop! On September 24th and 25th, we visited Heroes Comic Con Belgium in Brussels! It was the first time this new event (from the same organisation that brings us FACTS, Heroes Dutch Comic Con & Heroes Made in Asia) was being held. We were super excited to go to this new event and of course "excited is an understatement"!

A weekend in Brussels

We really, really wanted to visit Heroes Comic Con Brussels. And we really had to put in some effort for it! We travelled by public transport (from the Netherlands to Brussels) and there was some maintenance... Which meant we had to leave home around 07.00 to arrive at Comic Con by 10.30.  We biked, took 2 busses, 2 trains and an Uber. And let me tell you... It was totally worth it! Luckily we would stay the whole weekend, and travel back on Sunday.

As soon as we entered Heroes Comic Con Belgium we noticed: This is a HUGE Comic Con. Because Heroes Comic Con was combined with Heroes Made in Asia, it was really, really big. We entered at a (Heroes Made in Asia) merch hall and went to store our luggage. We had told each other that when the trip would go well (and we wouldn't be very much later than planned) we would reward ourselves with a photo op with Matt Smith! And...... we were in time, whoop whoop! This also immediately showed us how big this Comic Con was. We had to cross a lot of halls to go from storing our luggage, to the photo op with Matt. We were very impressed by the set up of the comic con. And luckily we managed to get there in time to buy the photo op!

So Matt Smith was our first photo op, but definitely not the last! We really enjoyed meeting Matt and I think it was all managed very well. The queues were sometimes long, but the waiting time was okay. It was really great that after the photo we received a QR code for the digital version as well as physical one immediately. Whoop whoop!

And of course, we also attended some panels during Heroes Comic Con Belgium! The setup was a little bit different than we're used to. The panels were held in a separate space (a huge theatre like space). And everyone had to queue beforehand. About 10 minutes before the panel would start, people could go from the queue to the panel room. On the first day, we just went there 5 minutes before Caleb's panel and we couldn't enter anymore. We weren't gonna let that happen again, so for the other panels, we decided  to queue in time (about 30 min before hand, joining the queue). This was a bit of a pity, because it really took some extra time. (and there was so much to do and so little time!). But, it's of course a personal choice to attend a few panels and also queue in time for a good spot. The panels took about 30 - 45 minutes and it was fun to join. A lot of questions were asked and the guests were having fun too. A few are already available on our YouTube channel. Check it out:

Especially since Heroes Comic Con Belgium and Heroes Made in Asia were joined, there was A LOT of merchandise. It was really great to walk around and see much. There really was a big variation as well in things that were offered. Like Funko's, clothing, games, books, comics, food, jewelry, home decorations and much more! Because of our busy schedule, we had limited time. We really enjoyed all the merch though and would love to go through everything even more a next time! Most of the photos in the impression below were taken very early on Sunday, because after 10 it got more and more crowded.

Of course there was also the possibility to meet the actresses/ actors and get an autograph or selfie! And yeah, we definitely did that too! We could see the guests were quite popular. There were definitely some queues. At the end of the first day, we were lucky: Alyssa Milano just returned to the signing table and no one was there yet. So we decided to go for a chat, give her a present and got an autograph. That was really great!

On Sunday, we went to see Sarah Rafferty. We brought her some stroopwafels and we wanted to get a selfie. It was so great to meet her! We love her as Donna in Suits and she is such a wonderful person. She was really kind to us and we talked a bit about Suits and Belgium. We then made some selfies, loved it! 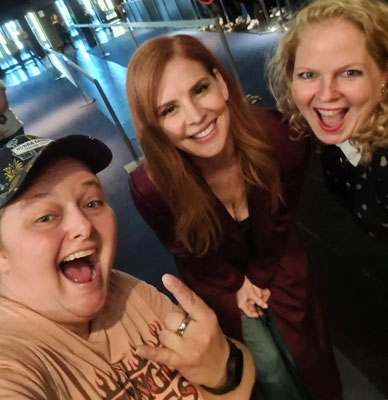 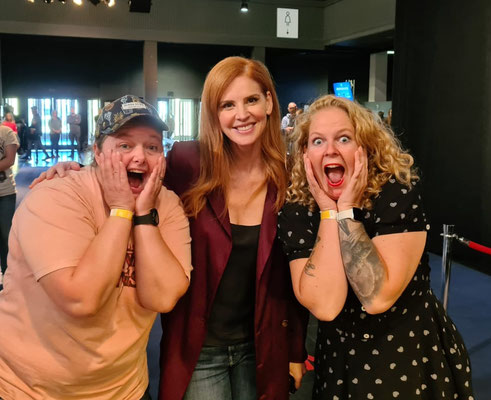 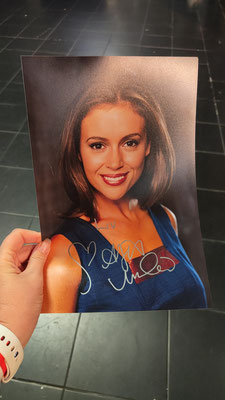 So much to do

There was so much to do at this Comic Con, we felt we needed a week there (please do organize a Comic Con week haha, excited is an understatement!). We loved that there was a lot of food and many places to sit (double whoop whoop!). We didn't even queue very long to get some food and on both days we found a seating place. So that's awesome haha. We also loved meeting up with some friends again at Comic Con. And there were a lot of fan groups, activities, possibilities to play (board) games (love that), and photo opportunities (we would love to see even more of these). We can safely say that for us Heroes Comic Con Belgium was a HUGE success and we're looking forward to the next edition! 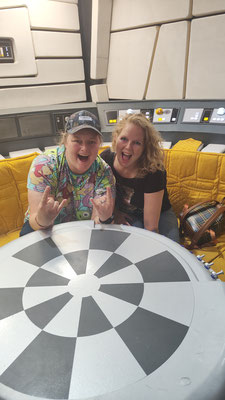 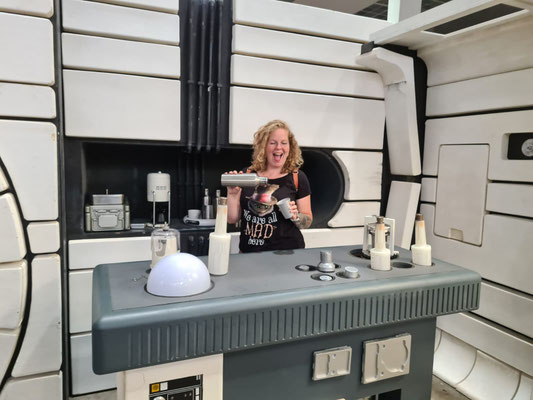 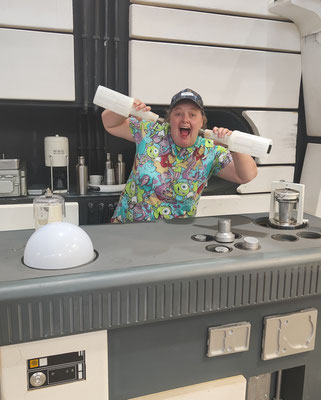 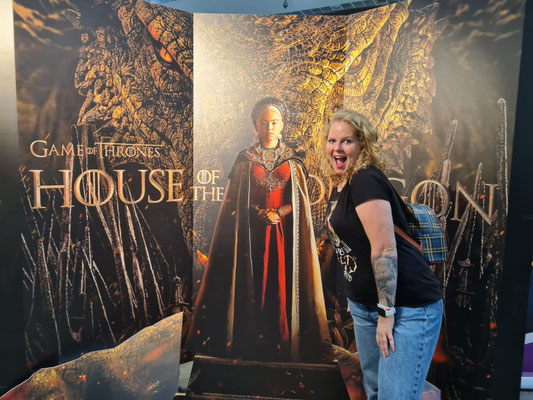 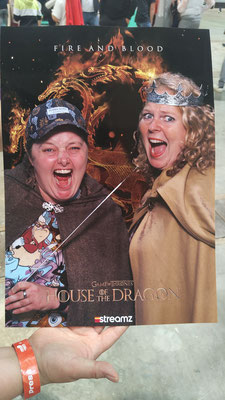 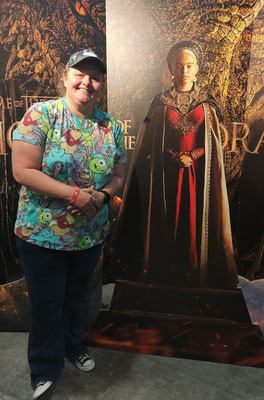 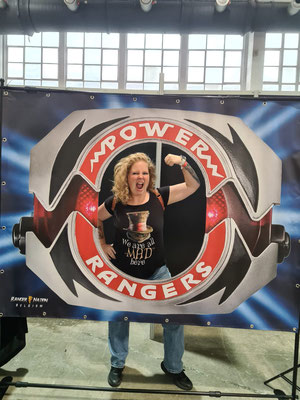 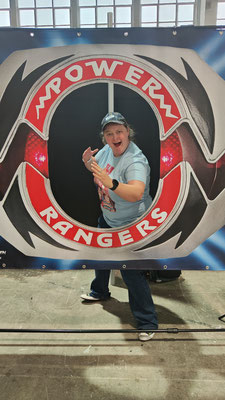 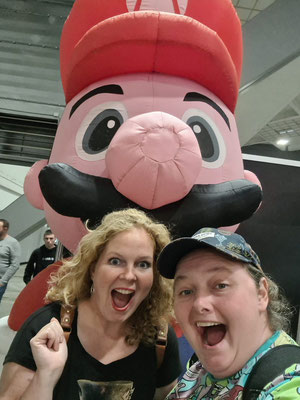