Get ready for Cos Con!

Update: Unfortunately we couldn't go to Cos Con 2020, because of a very persisting flu. We hope to go to the next edition called Cos Con Over the Top, but the date is not yet sure because of the worldwide Corona Crisis...

During Weekend of Hell, we talked with the organizers of Cos Con. Cos Con? Yep! We learned more about the event during Weekend of hell and we LOVE it. So we knew we had to tell you all about it. So... are you ready to hear everything about Cos Con? Here we go! The Cos Con 2020 is a benefit Cosplay Convention with a contest and takes place in the city hall Rheinberg (Germany) on January 19th, 2020. "Die FILM Seite" organizes the Cos Con and raises money in favor of the children´s hospice "Sternenboot Düsseldorf". As cosplayers, the participants slip into familiar characters from the fields of film, comic, video game, anime or manga. They don't only look like them with very elaborate costumes, but they also behave like the character! 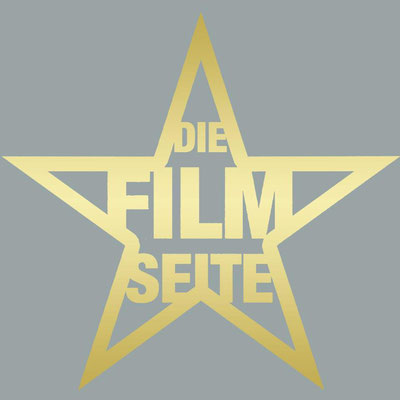 What can you do at the Cos Con?

I can imagine that the first thing that comes to your mind is "what can I do at the Cos Con?". So of course, we asked that for you. And the answer is:

"The program of the Cos Con is filled with different activities. A real highlight is a contest for the most beautiful and imaginative outfits with great prizes (like 500€ for the winner for example and the opportunity to take part in other conventions). We also have a raffle with prizes such as a baseball cap with autographs from German stars such as Till Schweiger, Elyas M´Barek or the author Sebastian Fitzek ( just to name a few). We have a lot of other prizes like a signed book by Fitzek or Huawei products and many more. The night before there will be a pre-party next to the actual location."

An important thing to know about the Cos Con is that they raise money for charity! So by going to the Cos Con, you're supporting a charity as well! We asked the Cos Con to explain to us which charity they're supporting:

"We're supporting the children´s hospice Sternenboot in Düsseldorf. They enable children with advanced life-shortening illnesses to be taken care of at home by their families. Doctors, nurses and a social worker assist with holistic care of the family accompany, look after and advise children, adolescents and their families on the last path. All money which is raised through donations and ticket sales goes directly to the hospice."

The organizer Filip Zalewski has raised money for the children's hospice through different actions before, during conventions, at movie premieres and so on. Now he wanted to do something bigger and the idea of the Cos Con came to life.

Come to the Cos Con!

By now  you must have been convinced to go to the Cos Con, so we can talk a bit more about the details! Let's talk about the tickets.

The price of a ticket is 10€ for one person. You also have the option to pay 60€ for 4 people including a private loge. Ready to buy your tickets? You can get them by sending an e-mail!

To order just simply send the e-mail including your name and the number of tickets and the Cos Con will provide their bank details. After the money is received, they will send tickets by mail to the given address.

The organizer of the Cos Con2020 is Filip Zalewski. He is a freelance cinema and film journalist and operator of Die FILM Seite: "Die FILM Seite is for pure entertainment. We give honest tips and reviews on film, TV, and cinema or festivals and exhibitions and deal with everything that has to do with the film, cinema, and stars. Also, we report on cinema premieres or other major events."

Now it's time to talk cosplay! Let us tell you all about the cosplay contest and the rules. Because you need to know it all!

First and most important, register yourself via e-mail!

When you register, make sure to send:

Registration deadline including all documents is in early December, the exact date will follow.

You will receive a notification if you are allowed to participate in the contest after the documents have been checked.

The participation fee is 5 €. With that, you even get access to the extra backstage area and delicious catering. In the backstage area, there are cloakrooms and there is also a shower.

Each participant has the opportunity to present her/his cosplay for 1 minute. How she/he does that, is up to her/him. Afterwards, she/he gets an improvisation task from a jury member, which she/he has to do and which also flows into the evaluation.

The carrying of weapons within the meaning of the German weapons laws is forbidden in the public, thus also on the Cos Con. These include slash and stabbing weapons, firearms and loose metal chains. On the Cos Con additionally, weapons are forbidden, which consist predominantly of metal. A reference to such a weapon must be clearly recognizable in the application.

Weapon imitations made of wood, cardboard, plastic, soft material, foams or thermoplastic materials, as well as a combination of these, are allowed. The team of the Cos Con reserves the right to check weapons and to exclude from the event if they violate the German weapons laws.

Who will be there?

We asked the Cos Con who will at Cos Con. Who are the invited cosplay groups and distributors?

"The main sponsor is: Sparkasse am Niederrhein ( they donate the 500€ 1st price)

The distributors so far are:

The Walking Acts so far are:

Will we see YOU there?

Will we see YOU at Cos Con as well? We'd love to see you there. The Cos Con can give a few reasons to come: "The main reason would be the charity part, secondly the fun part. It will just be a really nice event with nice people and a lot of fun while we're raising money to help kids and their families."

An important question to Cos-Con to end our interview with: What can people do that help? "Buy tickets, take part in the event, donate at the event, spread the word and bring all your friends."

So, make sure to order your tickets today via e-mail! See you there?