The Big Bang Theory: Diary of a noob part 2

Ohhhh yeah! Earlier I already wrote how I started to watch the Big Bang Theory now it's on Netflix.  Today I present to you part 2 of my Big Bang Theory diary. Right Now, I'm watching season 3 and there's so much to share with all of you!

I am watching Season 3, episode 7. Sheldon has made a game and Penny and Leonard are playing with him. Sheldon enjoys it a lot and wants to play again on Sunday, together with Howard and Raj. Leonard doesn't feel like it and quickly says they can't come on Sunday. Then, Billy starts talking that she indeed can't come. She has to pick up a friend from the airport. This friend, Justin, will stay on her couch for a couple of weeks. When Leonard hears this, he freaks out. And this is were it's really funny.

Sheldon tries to distract them with the game. (Or maybe he just REALLY wants to keep playing, very possible in Sheldon's case of course). He tries to get them back in the game by saying 'Uh oh, industrial accident'. When that doesn't help, he tries to get attention by saying it's their roll. Sheldon doesn't like fighting so takes it one step further. He turns on a mixer and just tries to make a lot of noise. What I recognize in this, is that we have similar tactics haha. We we get in a discussion, or see people have a discussion: We always say something like 'Oh noo, my phone died'. Or: 'I almost have no battery left!'. Usually that gains enough attention to distract the discussion hahahaha.

Cry when you're sad!

I am now watching season 3 episode 10. And I'm highlighting this one, for a quote of Sheldon. I really had to laugh when he said this, so now I'm sharing the quote with you. It's when he is helping Penny to learn more about science. Penny can't keep up, gets frustrated and starts crying. When Sheldon asks why she's crying. She says it's because she's stupid. Sheldon answers: "Well, that's no reason to cry. No, one cries because one is sad. For example: I cry because others are stupid and it makes me sad.". 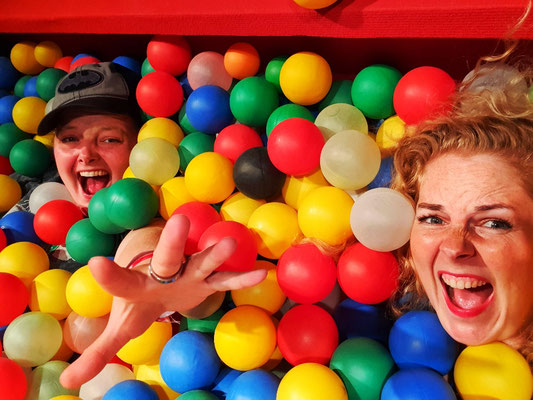 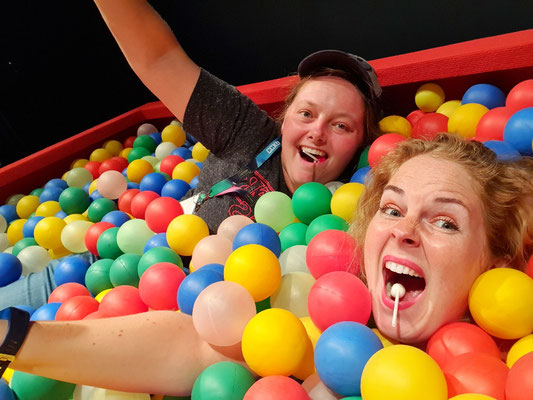 I really love the ball pit scene! It's so funny. And now I'm of course happy that I will know what everyone is talking about ;). Can't wait to get in another ball pit.

In episode 16 of season 3, Sheldon, Leonard, Raj and Howard are in the comic book store. There, they hear that Stan Lee will do signings. They're all really enthusiastic. They will meet Stan Lee! Then, Raj turns on the song 'I'm So Excited'. (The pointer Sisters) and starts dancing. Ooooh That is exactly how I feel when someone I really like is announced as a guest for comic con. That is just an awesome feeling. And I totally get how he's all dancing and signing in the store! We do that as well hahaha.

What follows, is also something I recognize hahahaha. Leonard enthusiastic tells Penny that Stan Lee will come to the comic store. Penny reacts like "ooooh nice..". And it's obvious he has no idea. I get that a lot too haha. When I'm really enthusiastic I want to tell everyone who I will meet. But not everyone knows these actors/ actresses so this is very common response hahahah.