We have a new unboxing for you! We're really excited about this box. After lots of looking around I stumbled on this box. I couldn't fiind much of unboxings. But I checked out the website of Wootbox. I really liked a lot of things they had in the last boxes. So I decided to get a subscription! This month the theme is Fight! I didn't make an unboxing vlog for this first box, because I already knew what's in it. I saw it online and decided to get a subscription on the box. But I'll talk about the contents of the box in this article!

The first thing I saw in the box was a CD. A CD of Streets of Rage. Sig was immediately very very happy. It's the Streets of Rage original soundtrack. It's composed by Yuzo Koshiro. I'm happy this CD was in the box, because I knew Sig would be really with it since he likes Strets of Rage a lot!

Value according to the Wootbox magazine: 16€

Oh yeah! There was a Deadpool item in this box and it's a beanie. I knew this already and it was one of the reasons for me to get this box. Love the beanie! Winter is coming and I do want to have a nice beanie for those cold days.

Value according to the Wootbox magazine: 16€

After the CD and Beanie I saw a mug. It's a mug of Attack on Titan season 2. I don't know Attack of Titan and I'm not really fond of mugs in boxes. So this item is the one I like least. However: A mug is always handy, so I will use it.

Value according to the Wootbox magazine: 10€

I'm excited that the box had a the Walking Dead item! It contained a Walking Dead T-shirt and I love it! My problem is that it's quite hard to find some nice girlie shirts about horror or in this case specifically the Walking Dead. Usually it's mostly the 'I love Darryl' shirts that I see in the shops. The shirt n this box is a Rick Grimes shirt and I really like the design. I'm sure I will wear this a lot!

Value according to the Wootbox magazine: 20€

The last item to discuss is the pin! Sometimes  I like the pin, sometimes I don't. I think it's an okay item. It's not item I'm the most excited about. But it is cool to have some nice pins. This Wootbox contained an exclusive pin button: One punch man. The magazine says that according to a famous Japanese manga, wearing it will allow you to become the most powerful person in the world.

Value according to the Wootbox magazine: 4€ (Power has never been so cheap ;) ) 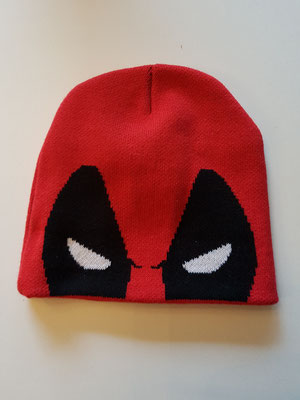 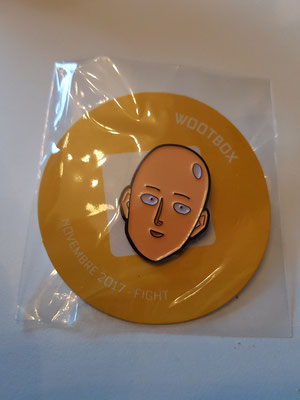 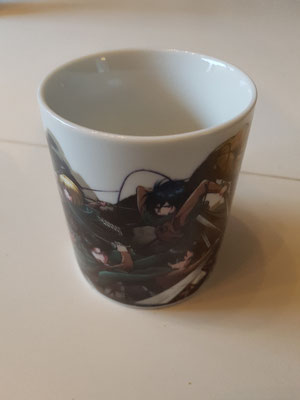 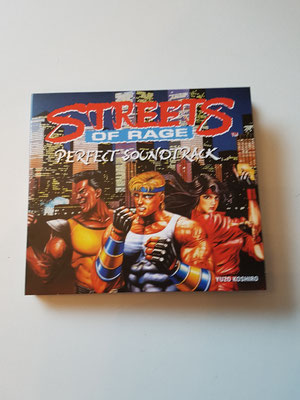 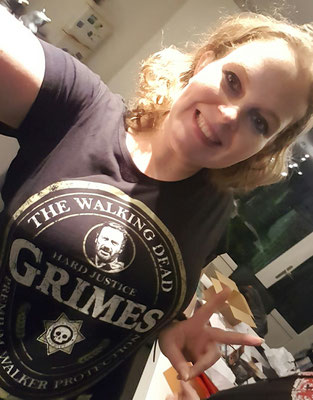