Going to the cinema in New Jersey: the Mountain Between Us

Recently we went on a holiday to New York! And it was amazing. Of course, we also had to go to the cinema. So one day, we did some shopping in a shopping mall in New Jersey. We thought it was a good idea to walk there (It was a walk of about an hour), even though rain was predicted. Well of course when we were halfway the rain poured down! Needless to see we were soaking wet when we arrived at the shopping mall. I was annoyed for a moment. But all these shops made me feel better instantly ;). We also noticed a cinema in the shopping mall and decided to watch a movie after shopping. We checked which movies were playing and we decided to watch the Mountain Between Us. I had never heard of the movie, but it sounded nice. After shopping, we first had dinner at this very American restaurant in the shopping mall. We loved it! 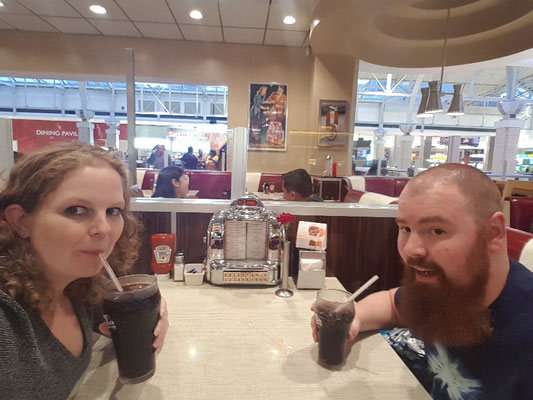 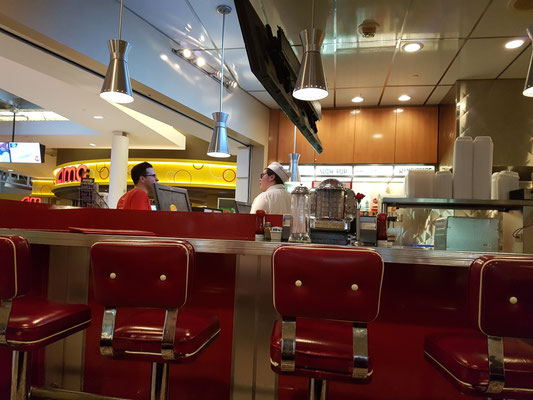 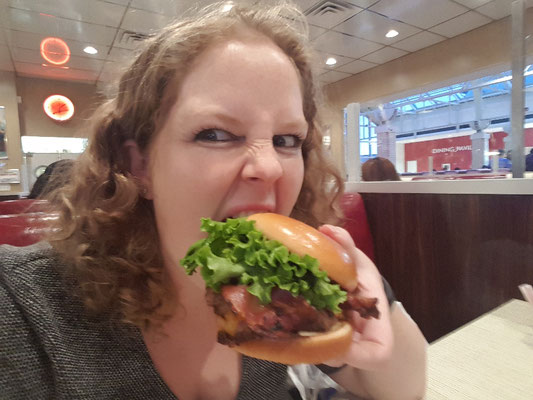 After having dinner, we headed to the cinema (it was like 5 steps further than this diner haha). We bought our tickets and went to our seats. And wow we were impressed! This is totally different from the cinemas we are used to visiting in the Netherlands/ Belgium. These chairs were awesome. You could almost lay down. Very relaxed chairs! They should have these comfy chairs in every cinema. It would be great to go to the cinema every week like this! I would definitely go more often with chairs like this. 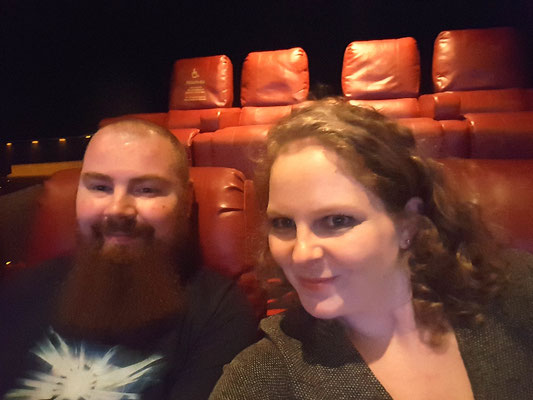 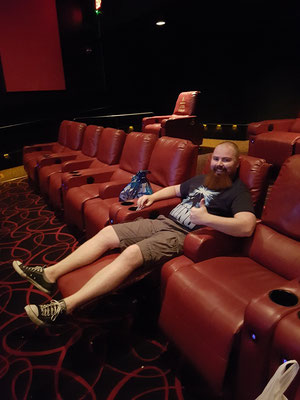 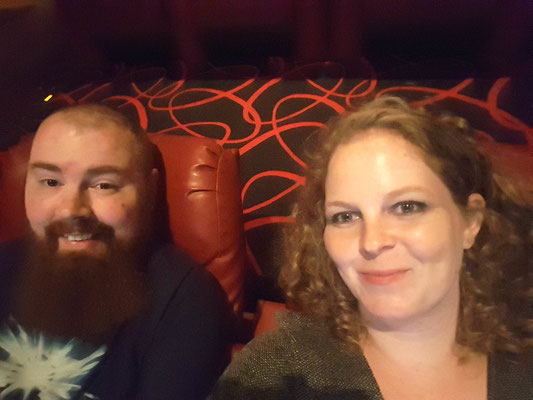 Okay, now it's time to talk about the movie! The Mountain Between Us. The story is about Ben (Idris Elba) and Ashley (Kate Winslet). They have a problem at the airport: Their flight is canceled due to stormy weather.  Ashley needs to fly to be in time for her own wedding. Naturally, she's a bit panicked and looking for a solution. Ben has a surgery the next day, so he's not happy either. Ashley and Ben don't know each other, but Ashley overhears Ben talking about his surgery. She talks to him, saying she might know a solution. Soon, they board a private plane together. Ashley found a befriended pilot who's willing to fly them to their destination. Ashley, Ben, the pilot and his dog start their journey.  But the plane crashes on a snow-covered mountain. Ashley, Ben, and the dog have survived the crash. Ashley, however, has a leg injury. All they can see is snow. And mountains. Their struggle for survival begins. Ben and Ashley have to work together to survive even though they're both very different.

I was quite optimistic when we started to watch the movie. On IMDB, the movie was described as an action/ adventure/ drama movie. That sounds like a good combination. And the most important reason: Idris Elba. I've seen Idris Elba in the Wire, Luther and some movies. And I really think he's awesome! But the movie didn't really live up to my expectations. If you expect something like Everest: It's not that. Not that at all. I have to say that the acting was great. I wasn't disappointed by Kate and Idris. But the story just didn't give them a lot to go on. The first part of the movie was okay. The part leading up to the crash and the part of Ashley and Ben realizing where they had ended up.

I thought the movie was very predictable. Everything that I thought would happen, happened. And I like to be surprised by a movie. So that was definitely a disadvantage for me. Also, I thought the movie went on too long. The story just too long and they kept going on. I didn't like that and it didn't make the movie more interesting. I had also expected more action/ survival. Where I thought the movie was actually more of a drama movie. Focusing on the on the characters and their history and personality. I would definitely more classify it as a drama movie than action or adventure. So if you're looking for a movie like Everest, I would not recommend it. There was just too much focus on the characters instead of focusing on survival and the struggles that come with it.

It clear quite quickly that Ashley and Ben are very different. He's a surgeon, likes to have control and always plays on safe. She's a photographer and not scared of some adventure. So it's obvious that they won't feel the same way about survival and the decisions they'll have to take. But the movie focuses so hard on their personalities and background that it just wasn't an immersive or exciting movie for me. If you have seen the movie, let me know your thoughts!