A while ago, a request landed in our mailbox! We were asked to review the movie The Sex Addict! We all took a look at the trailer and Liv and I decided we would watch the movie and write a review. We'll start by telling you a bit more about this movie! It's an Indie feature film and mostly improvised. The movie is already available for pre order and will be released on DVD, blu-ray, VOD and Itunes on April 28th. The Sex Addict is written and directed by Amir Mo.

Amir also plays main protagonist Rex. Rex is a sex addict. In the movie, he's followed by Suzanna Murphy (Valerie Tosi) for a documentary about sex addicts. Suzanna is a phd student and wants to be a sex therapist. That's why she's doing a documentary on sex addicts.

The movie starts with Suzanna. She's going to meet Rex for the first time. The only thing she knows is that he's a sex addict. She's excited to start with her documentary. However, she's also a bit suspicious. She was going to meet a sex addict.. Armed with a rape whistle, unshaven armpits and a camera she heads out to meet Rex.

What she gets is a boy.. I was surprised and thought, 'Is that Rex'? Luckily, Suzanna is not that naive and send him away with the words 'Goodbye Disney'. At that point, we get to meet Rex. Besides a sex addict, he's also a bit strange, hotheaded and arrogant. Suzanna and Rex start the documentary adventure and they're in for a lot of surprises.

When we got the request, we both watched the trailer. We both had our opinions about the camerawork and the sound and we had to adjust these after watching the movie.

Carola: Exactly. The movie seems to be made by someone with a good artistic eye.

Liv: The subject/story of the movie is just not my thing. I normally wouldn't watch a movie like this, but I'm glad I did. It's nice to go off the beaten track once in a while. I really liked Valerie Tosi as Suzanna Murphy.

Carola: I agree, she seems to be a good actress. I'm curious to see her in some other projects....

Liv: Amir Mo is the writer and director of The Sex Addict,but he also plays the role of Rex (the sex addict). The overall on screen chemistry between Rex and Suzanna is nice to watch and I enjoyed watching Rex get under Suzanna's skin. However, Rex' "emotional"  scenes, were a bit too much. I don't know if it is supposed to be over the top, but it kind of irritated me. The best example of this is the hospital scene.

Carola: I agree. Of course it is a comedy/drama, but sometimes this "overacting" just distracted me from the story. It made it all a bit unbelievable. The scene in the hospital was strange (...) What I thought was the biggest shortcoming of the movie was the fact that is a comedy/drama. I did not think the "drama" were very believable, you know what I mean.  And for it to be a comedy,it lacked some truly funny moments. What I did like about the humor in the movie is that it wasn't corny. With a subject like sex addiction you would expect there to be some "easy" jokes, but that wasn't the case.

Liv: Yes indeed, I expected some really corny sex jokes and there were some, but it wasn't disturbing...In general it was ok.

Carola:  What I thought was strange was Suzanna's naivety. When she gets ready to meet Rex, she is armed with a rape whistle and unshaven armpits. And later on in the movie she starts discovering herself sexually and she seems very shy about the subject of sexuality. I think this is strange, because she is studying to be a sex therapist.

Liv: Yes, there were some loose ends in the movie. For example the short excerpts of interviews with people like Horatio Sanz (SNL) and Ken Davitian (Borat) in the beginning of the movie. They talk about Rex and there is also a guy that says Rex has given his girlfriend a STD, but it has absolutely nothing to do with the rest of the story.

Carola: When I saw the guy in the beginning talking about Rex having sex with his girlfriend, I really thought that was Suzanna's boyfriend, You never really find out who he is and what happened. I also thought it was difficult to find out at which point the excerpts fitted in the story...It also was not clear what happens when Rex is injured and Suzanna gets calls that he can be helped. He moves out and suddenly turns up in a garage..

Liv: I thought the funniest part of the story was the part when Rex gets out of the hospital and moves in with Suzanna. Rex is in a wheelchair and he is bored and a bit depressed. This makes him almost unbearable as a roommate. Suzanna however goes out of her way to help him and she even takes him to the park to enjoy the sun and play with a frisbee. I laughed out loud when she tries to cheer Rex up by playing some soccer with him.

Carola: Yes, I thought that part was funny and I liked how Suzanna thinks she can help Rex overcome his addiction, because he is injured.

Liv: I also liked the scene with Rex' parents by the way. That was funny.

Towards the end of the movie however I think the story becomes a bit weird and spins out of control. There were some things I did not understand and seem a bit far fetched.

Liv: Although it really wasn't my kind of movie, I thought it was interesting enough to keep on watching. Like I said it's nice to go off the beaten path and there were some pretty funny parts in it.

Carola: It did kind of grow on me though...Talking about it and watching the stills from the movie does give me a good feeling...

Liv: Yes I am glad Amir Mo asked us to review his movie and we are always happy to give our opinion about all kinds of movies. We love watching movies and it's great to see people like Amir Mo sharing his passion of filmmaking with the world.

Carola: Like we already said we really liked Valerie Tosi as Suzanna, she showed multiple sides of herself in the movie...

Liv: She was very likable and at one point I was really rooting for her and Rex to get together. I also liked  the camera guy. Overall I thought the movie was nice, except for the many loose ends in the story.

Carola: There are some things we can't place in the story and that is a shame. I always like a clear story line, but hey maybe we missed some things. I also thought some of the scenes were a bit over the top and chaotic, especially the emotional scenes. But overall the movies sticks with you, you know what I mean? It's not a standard and predictable story. It doesn't lean on some of the standard corny sex jokes. And it's very clear that Amir Mo knows what he is doing in the area of production processes; like lighting and sound.

Liv: I agree you can see he knows the ropes of film making. And despite of the low budget and the improvising it is not like you are watching a home video. I like that!

People who like to watch indie features and like watching sex comedies (like Knocked up), will like this one. You will like that it is less corny. There are some loose ends, but it is an original story. A big part of the movie is improvised, which is pretty cool!

It is available for pre-order since March 28th, with the release being on April 28th via Blu-ray, DVD, VOD and iTunes. 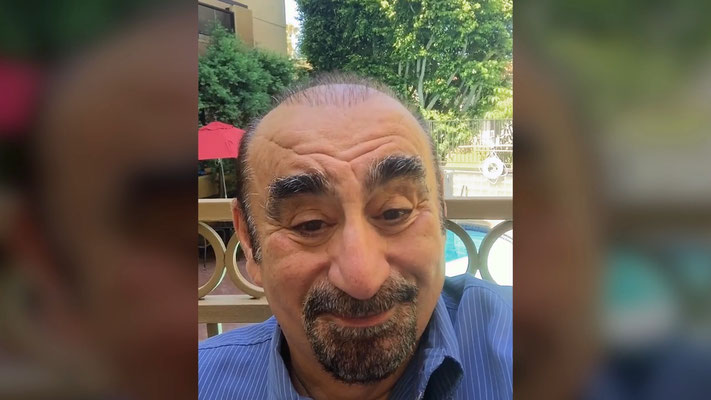 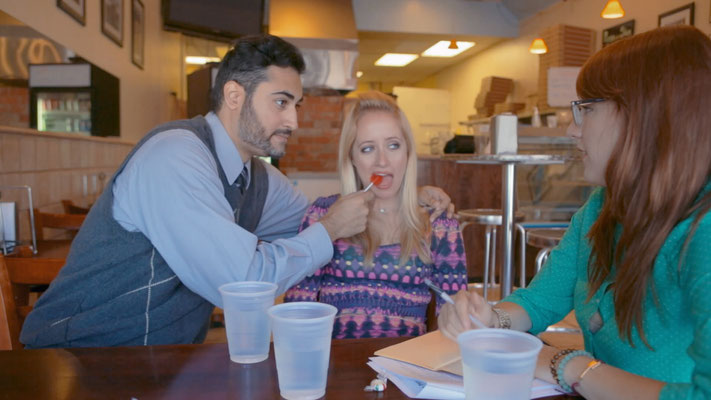 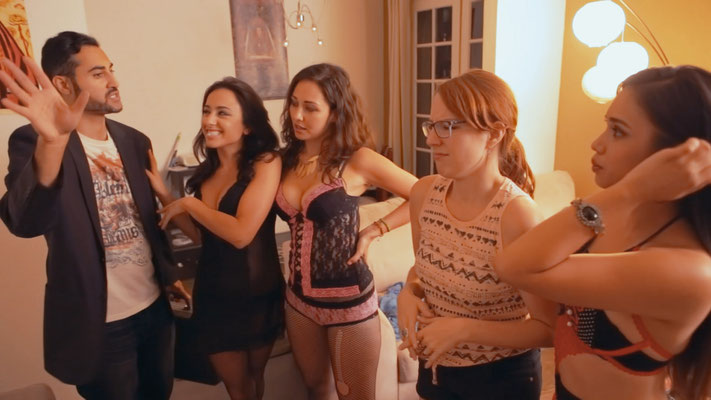 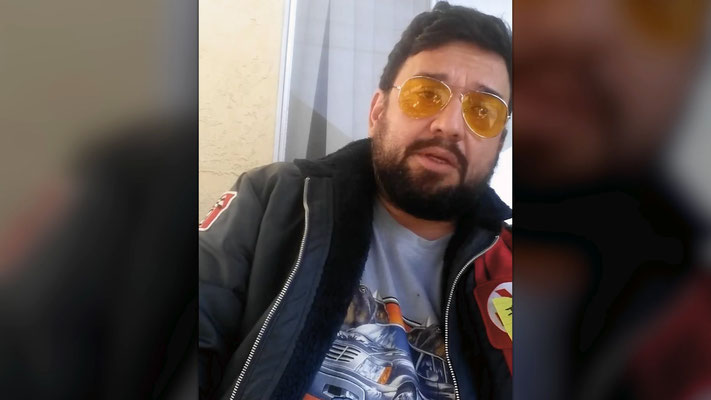