Tip of the week: The Wire

The Wire is an American crime/ thriller series. I learned about the Wire because of Sig. He told me that was a great series. So I bought the dvds for his birthday and we watched all seasons together. The Wire is all about the Baltimore drug scene. What's unique about this series, is that you get to see it from both sides: Law enforcement and the drug dealers. Every season focusses on antoher part of Baltimore: Illegal drug trade, the seaport system, the city government and bureaucracy, the school system, and the print news media. 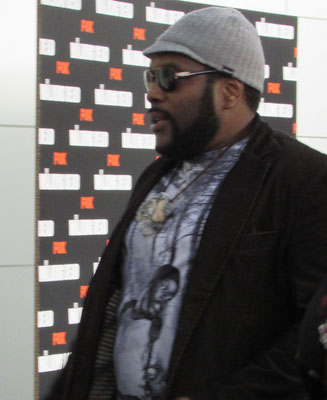 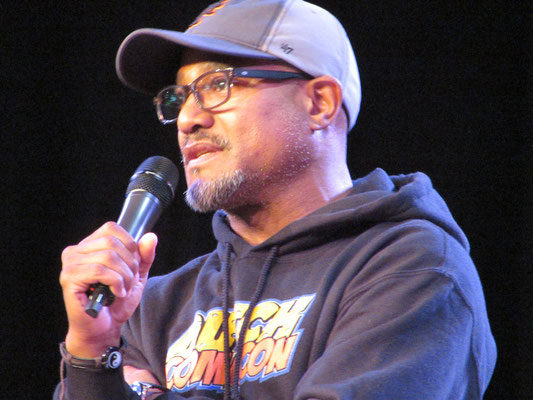 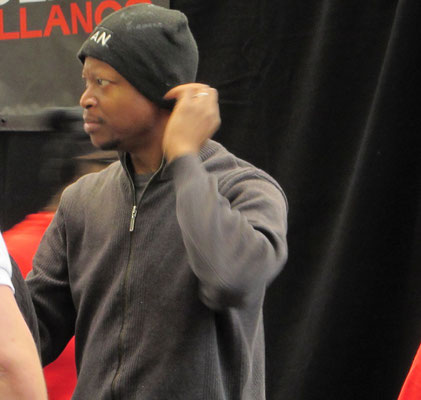 But a lot more great actors played in the Wire! I thought Sonja Sohn was amazing as detective Shakima Greggs. And Andre Royo played an amazing Bubbles! Unforgettable. And talking of overlap with another series: A lot of actors that play in the Wire also played in the series OZ. I won't name all of them (It's more than 10). Seth Gilliam is one of them. Yes, he plays/ played in Oz, the Wire and the Walking Dead. Other actors that starred in both Oz and the Wire are for example: Reg E. Cathey, Lance Reddick and J.D. Williams. I was also happy to see Aidan Gillen (Littlefinger in Game of Thrones) in the Wire. I think he's an amazing actor!

At Dutch Comic Con, Seth Gilliam told that they would inform the people in the neighbourhood when they were shooting. Then they showed up at the set and a lot of them eventually participated: In a guest or recurring role. He believed this helped for the authenticity of the show.

I really believe a lot of people will be able to appreciate this series. I haven't heard anyone who tried it and didn't like it. I don't have a particular interest in law enforcement/ drug trade series, but this one really stands out. The story is built up very well. You'll always be curious about what happens next. It's very unique to see both the law enforcement's and drug traders point of view. And, did I already mention ;)?, a great cast!

There were 5 seasons. Each season focusses on a specific part of Baltimore.

The theme song of the Wire ("Way down in the Hole") is still my alarmclock in the morning. I absolutely enjoyed watching the Wire. I knew a lot of actors from other series. That's always a plus for me (If I like them of course), because I'll be excited to see them in a different role. But the ones I didn't know were also great. My favourite characters are probably Bubbles, Kima and D'Angelo. The series feels very authentic and there's always something going on. And I love that the Wire is not afraid to touch difficult issues like social and political themes. You can see the effect of those things on all the people: The drug traders, law enforcement, politicians etc.