Ok, back to the time we were still naive. Let's take the DeLorean and go to 2014. Little did we know, that a visit to Gaiazoo's Halloween event would change everything.. Liv, Sigmund and I went to "Halloween in Gaiazoo" on a Saturday night. There were some scarezones and a few zombies. Some of the zombies were able to scare us, so we had fun. It was a terrific evening! Every evening reaches the point where it's time for coffee. And so it happened. During my first zips of coffee, I spoke the epic words: I wonder, are there more events like this?

With "events like this" I initially meant horror related events. I loved this evening at Gaiazoo. I grabbed my phone, and started to search on Google. Quickly I stumbled upon 'Weekend of Horrors'. I saw that a lot of actors were attending this event (I knew nothing about the existing of convention and the possibilty to meet actors.). I said to Liv & Sigmund: "I found something.. It's called Weekend of Horrors. Followed by: Whattt Hurrsjel is coming to this event! (Meaning: Hershel from "The Walking Dead", Scott Wilson.).I couldn't believe my eyes.

The guest list kept getting better. Kim Coates, Robert LaSardo and Michael Madsen (who eventually cancelled) would also be coming! And this event would take place within a few weeks. We were so excited, it's hard to describe. But we had NO CLUE. No idea what to expect, what this event would even be. The problem was, that we actually didnt have time to go that weekend. But luckily we all managed to get the day off on the Friday that Weekend of Horrors started. I didn't know what to expect. No idea if we would be even able to see the the actors or if they were in seperate rooms or shielded. I even thought I wouldn't be super excited to see them all: They're just the people that play a rol in the movies/ series you watch.

I remember us walking in. We were just looking around, walking in the next space to see what was there. Until we suddenly realised that all the actors were sitting there! I was panicked, excited and confused at the same time. What do you do? What do you say? I didn't know what a photo op was, or how to get an autograph. Sig was less bothered by this, he looked around, but was way more interested in all the merch and dvds. Liv and I walked around all day and stared at all of them. We got more 'reckless' with the hour. Also trying to make pictures. And later on sneaky selfies from a great distance :).

At the end of the day, we gathered all the needed courage and approached Kim Coates(after staring at him the whole day!). I can only say that this was the beginning of so much more.. Of something unstoppable. It adds another dimension to my love for movies and series. Not just meeting the actors, but also the panels, the merchandise, the other visitors, the atmosphere.. everything! And that's how our lyrical convention faces came to life: 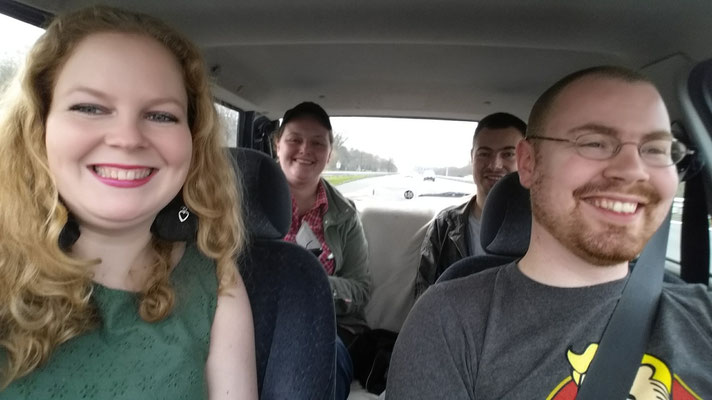 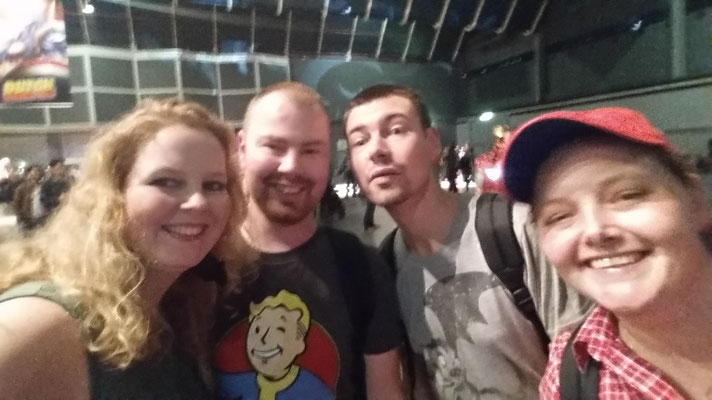 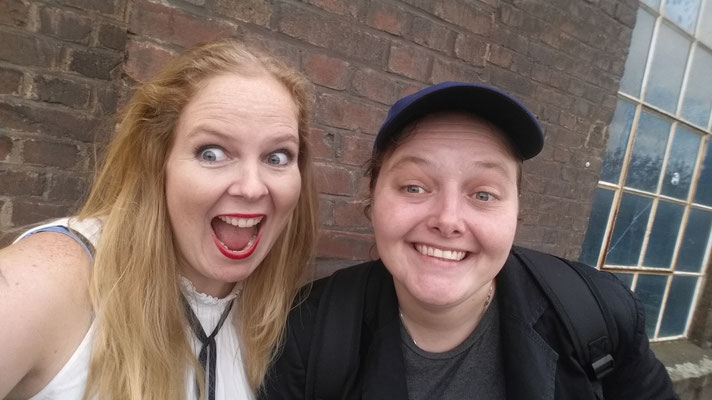 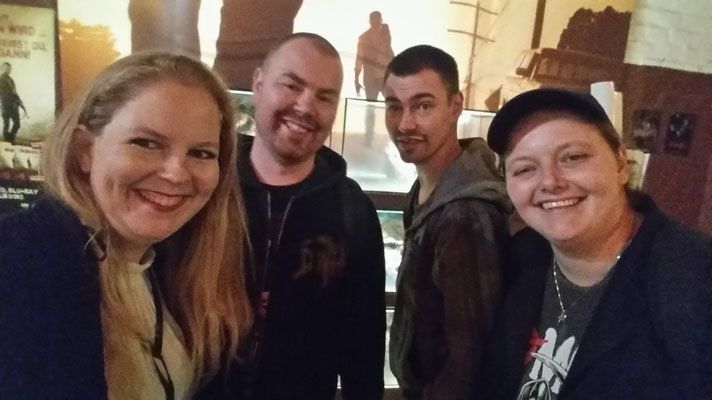 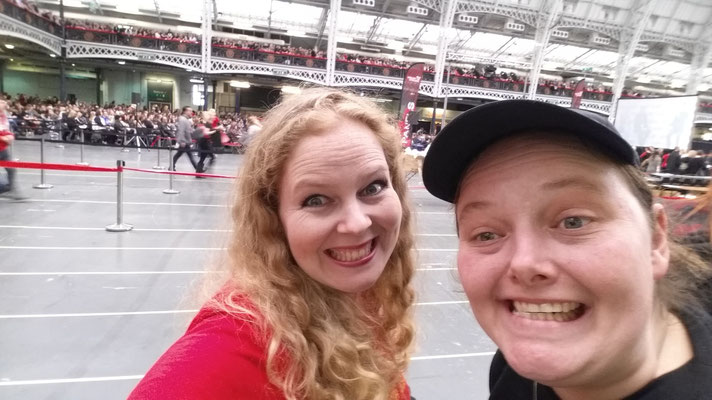